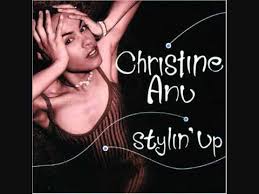 My Island Home was written by Warumpi Band front man Neil Murray and recorded in 1986, the inspiration for the song was the yearning that Murray felt when he had to leave his friends in Galiwinku in Arnhem Land and return to Melbourne and Sydney in mid-winter to promote his band and play the pub circuits there.

He missed the camaraderie of friends, the warmth of the sun, and the plentiful bush tucker he shared with his mates. Whilst travelling back he composed this song in his head and committed the words to chords and notation upon his arrival, the song became part of the Warumpi Band’s second album Go Bush.

Christine Anu was born in Cairns to a Torres Strait islander mother, she was a talented young dancer and upon finishing at Rockhampton High School she was offered a place at the NAISDA Dance College in Sydney and she relocated there in the early 1990’s. Although college students were forbidden from accepting professional engagements, the stage struck Anu was desperate to sing and be part of live performances.

Neil Murray who was pursuing a solo career with a backing band known as the Rainmakers quickly recognized the talent and natural stage charisma that Christine possessed, she sang backup for the band throughout 1992-93 and her signature tune became My Island Home.

Parole Records wanted to record the dazzling young indigenous singer, but she had no tapes of her previous performances, so Murray suggested she record My Island Home, an original song recorded by Murray’s Warumpi Band almost a decade before. 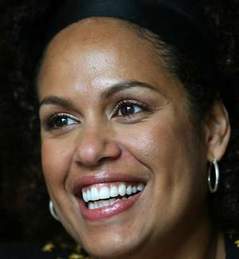 The song would become part of Anu’s debut album Stylin’ Up and the first single lifted from it, lyrically it differs slightly from Murray’s original recording, where Murray was longing to return to his Galiwinku tribal home, Anu was homesick for her Mabuiag Island home in the Torres Strait.

Anu also sings the song from a more feminine point of view, but musically the two songs were from different eras.

Murray had recorded a more traditionally sparse version of the song, acoustic guitars, clap sticks, bass, keyboard and drums, while Anu had teamed up with Melbourne producer David Bridie (ex-Not Drowning Waving and ex-My Friend the Chocolate Cake) who was recognized as one of the world’s foremost producers of Melanesian artists and able to impart a contemporary pop sensibility to such potentially culturally sensitive material as My Island Home.

The song opens with an actual recording of water lapping the sides of a tinny fishing boat at waterfalls on the Prince of Wales Island, synthesizer-infused guitars, keyboard, and drums carry the song forward, all the while Anu’s plaintive vocals engage and envelop the listener in an affecting and intoxicating reverie, she won the ARIA Award for Best Female Recording Artist in 1995.

The promo clip underscores the strong connection that indigenous people have with their homeland, an Aboriginal man is sweeping the city streets, he is a stranger in an alien landscape, he begins his long journey back home, discarding his hi-vis jacket and city clothes and running free through the bush to his island home. He is a striking individual, full beard, lithe, sinewy body, shots of Anu singing the sing are intercut, she is luminous, proud and at one with her native home, the metaphors were simple and sincere.

The song became an indigenous anthem, following Archie Roach’s Took The Children Away, and  Yothu Yindi’s Treaty, both released in the early 1990’s, Anu sang this song at the closing ceremony of the Sydney 2000 Olympic Games, it only charted #58 when first released, but the album Stylin’ Up rose to #21 and occupied the charts for 39 weeks, and APRA rightly included this song on the list of Australia’s Best 30 Songs from the period 1926-2001.

Christine has balanced her recording career with movie roles (Moulin Rouge, The Matrix), live theatre (the musical Rent), with raising her two children and mentoring other Aboriginal artists.