Debra Byrne was an early casualty of the exploitation of young child stars on television talent shows in the 1960’s and 70’s, starting her career at 12 years of age on Brian and the Juniors in 1969, a year later she would be a member of the original cast of Johnny Young’s Young Talent Time and become a national showbiz identity. Debbie with Jamie Redfern, Vikki Broughton, Phillip Gould, Rod Kirkham and Jane Scali, along with the ubiquitous and syrupy Johnny Young, presented an airbrushed fantasy of children’s lives every week on national television. It was hugely popular in its day, and ran for 17 years, but in retrospect it would now be criticized for the way it sexualized young female performers and aped the behavior and appearance of much older men and women. Below Debra Byrne bottom left. 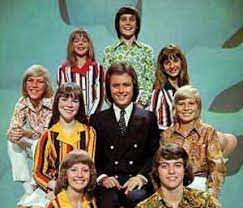 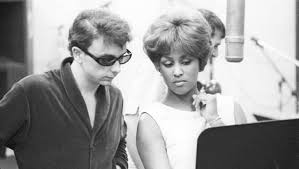 Upon leaving YTT in 1974 Debra embarked on a solo career and her debut single was a cover of the Crystals 1962 Phil Spector-produced hit He’s A Rebel, written by Gene Pitney, and a song with a back story of exploitation which paralleled the unnatural life of young stars like Debra Byrne. One of producer Phil Spector’s tricks was to record numerous songs in the studio and then assign the song to a group he would invent or choose, to promote the record. The original version of He’s a Rebel was recorded by a young Darlene Love, a gifted black session singer and not the Crystals, Love received no credit nor public recognition for her song, and when the Crystals performed the song at a concert with the writer Gene Pitney in LA, as the record was riding high in the charts, they had to ask him to explain how best to sing the song!

Debra Byrne’s cover of the song was pedestrian compared to the Darlene Love version, but to be fair to Byrne she had little control over what material she recorded at the time and didn’t like the record, but it charted #25 and she would follow up later in ‘74 with another cover of a Crystals song, Da Doo Ron, Ron and take it to #29, she was crowned the Queen of Pop in consecutive years 1974/5. Below Debra and Daryl Braithwaite as King and Queen of Pop in 1975. 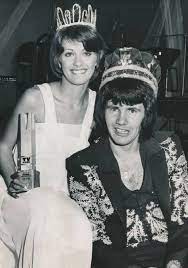 In her memoir Not Quite Ripe (2006) Debra Byrne recounted the harrowing story of a young girl who never had any male role models of substance throughout her life, who was sexually abused by her maternal grandfather Ken Reid until the age of 13, exposed to the drunken rage and domestic abuse of her father Norman, carnally exploited by Michael, a Channel 10 technician when she was 13 and he was 23, and became substance- dependent for many years using marijuana, cocaine and heroin, leading to her first marriage to David Dudley ending in divorce in 1980, the year her mother Verna died. 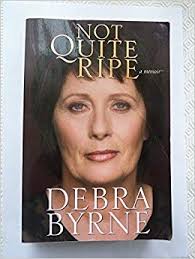 By 1975 her strenuous touring schedule, following years of endless rehearsals, taping and touring the YTT show nationally from a very early age, resulted in Byrne suffering a nervous breakdown, at the ripe old age of 17 she was burnt out, her self-esteem and professional confidence completely eroded.

Between the years 1980-85 Debra was a heroin addict who ultimately sought treatment at Odyssey House (Melb), but  a  career-revival in stage musicals – Cats, Les Miserables and Sunset Boulevard–  saw her re-emerge as a successful performer throughout the late 1980’s and 90’s and in 1991 she released her most successful album, Caught In the Act, a collection of show tunes which climbed to #2 on the local charts.

In 1996 her second marriage ended in divorce, a year later she attempted suicide, and was ultimately diagnosed with clinical depression, Debra Byrne could not have forseen how her life would be so irrevocably changed by exposure to the perils of childhood celebrity, the associated sexual abuse, substance-dependence and the absence of responsible and protective adults in her life. Below Johnny Young , Debra and her two children Lauren and Arja, 1988.

In 2021 Melbourne Herald-Sun journalist Jackie Epstein reported on July 6th that Debra Byrne had alleged that both Johnny Young and singer Ronnie Burns had made inappropriate remarks and advances to her as a teenager whilst she was starring on Young Talent Time; remarks about the size of her breasts, and inappropriate kissing attributed to them, were denied by both men at the time. Below Debra Byrne through the years.