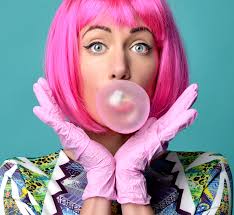 Bubblegum music was a genre that emerged in the USA in the mid-60’s and enjoyed a strong chart presence for the next five years, it also took root here in Australia. Incorporating the basic sound of rock minus the elements of rage, fear, violence and carnality that epitomised the early hits of Elvis Presley, Little Richard, Eddie Cochrane and Bill Haley, it assured the spread of rock consciousness to a preteen audience. The genre appropriated the calculated innocence and (sometimes) authentic tenderness of the teen idols and added a slice of garage band rock and the flavour of pop rock.

Unsurprisingly there were numerous references to sugary foods, and confectionary in the song titles– Sugar, Sugar by the Archies, Yummy, Yummy, Yummy, and Chewy, Chewy by Ohio Express, Goody, Goody Gumdrops by the 1910 Fruitgum Company, Jelly Jungle (Of Orange Marmalade) by the Lemon Pipers, Jam Up and Jelly Tight by Tommy Roe, Sugar Baby Love by The Rubettes and Sugar Candy Kisses by Mac and Katie Kissoon – and to reinforce the less than subliminal message, they often simply repeated the feelgood word in the title several times. 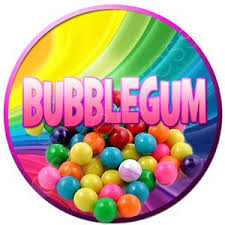 Many of the artists were fictitious entities employed as a front for a core collection of session musicians, lead singers would literally bounce from one session group to the next recording songs under various group names, but rarely appeared at live performances, three singers who were prodigious in this regard were – Joey Levine in the USA who used his distinctive punky nasal vocal style to front Ohio Express, the Shadows of Knight, and the Kazenetz – Katz Singing Orchestral Circus and Ron Dante who smoothly segued from the Archies to the Cuff Links as required, and in the UK, Tony Burrows, the most successful unknown singer in the history of pop music, who simultaneously fronted Edison Lighthouse, White Plains, Brotherhood of Man, First Class, The Flowerpot Men, and the Pipkins in the recording studio.

The early beneficiaries of bubblegum in the US included Tommy James and the Shondells and the television sitcom stars, the Monkees, known as the “pre-fab four,” both acts reached number one with their initial single releases by projecting a youthful sense of fun teetering on the brink of teenage angst. Their success inspired Neil Bogert, then president of Buddah Records, to employ the production team of Jerry Kasenetz and Jeff Katz, who quickly established Buddah as a leader of the genre with hit recordings by a series of studio-only groups, including the Ohio Express, the 1910 Fruitgum Company, Crazy Elephant, and others. Despite Buddah’s success, the top-selling bubblegum act, was another fictitious entity inspired by a comic book, called the Archies, who were masterminded by Brill Building songwriter/producer Jeff Barry and producer Don Kirshner. The Archies featured the lead vocals of sessionman Ron Dante, and subsequently Andy Kim, and they pioneered the Saturday morning cartoon series/record tie-in, a concept which would be frequently imitated, by the likes of the Banana Splits, H.R.Pufnstuf, Josie and the Pussycats and others.

During its prime the genre also featured a string of one-shot hits by such groups as the Cuff Links (again featuring Ron Dante), Daddy Dewdrop, the Fifth Estate, the Royal Guardsmen, the Lemon Pipers, and in the UK, White Plains, the Pipkins, Edison Lighthouse, Brotherhood of Man and First Class. Established artists also milked bubblegum for hit recordings, including Tommy Roe (Dizzy, Jam Up and Jelly Tight, Sweet Pea), and Tony Orlando and Dawn (Candida, Knock Three Times, Tie A Yellow Ribbon Round the Old Oak Tree). 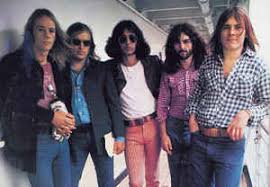 In Australia performers also dabbled in the bubblegum genre – Somebody’s Image (Hide and Seek), the New Dream (Catchin Up On Fun and Groupie), Pastoral Symphony (Love Machine), the Valentines (My Old Man’s A Groovy Old Man) and Zoot (1Times x2Timesx 3Tmes x4). But it was Sydney’s Flying Circus  (pictured above) who really led the charge locally and took three bubblegum songs into the top twenty in 1969 – Hayride, La La, and Run, Run, Run, and as late as 1979/80 the hits of Christie Allen would again echo the cadences of bubblegum pop (Goosebumps and He’s My Number One).

In the 1970s, bubblegum essentially was absorbed into the mainstream, notable exponents overseas included the Partridge Family, Bobby Sherman, Shaun Cassidy, Tommy Boyce and Bobby Hart, Leif Garrett, Bay City Rollers, and Abba. Kasenetz and Katz continued to mine the genre with success as late as 1977 with Ram Jam’s Black Betty, a fusion of bubblegum, heavy metal, and Leadbelly-styled folk-blues, and the concept has remained viable through the 1990s as proven by the chart -topping Mmmbop by Hansen, a trio of teenaged brothers, as well as a string of hits by the likes of Brittany Spears, and Brandy.

Join 4TR as we take a tour through one of the most demonised musical genres in recent history, sure it was mostly nursery rhyme-simple lyrics, repetitive riffs and chords, and was usually performed by fictitious bands who often existed only in recording sessions – but it was so damned  catchy and commercial, and the songs were earworms that just seemed stay in your head “ … every time I make a move to love you, one, two, three, red light…” 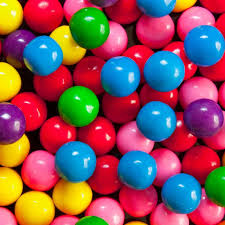