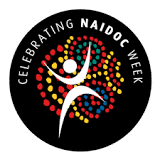 NAIDOC stands for National Aborigines and Islanders Day Observance Committee, and its origins can be traced to the emergence of Aboriginal groups in the 1920′s who sought to increase awareness in the wider community of the status and treatment of Aboriginal and Torres Strait Islanders.

The Indigenous voice of our country is over 65,000 years old, they were the first words spoken on this continent, languages that were passed down in lore, culture and knowledge for over millennia, and are precious to our nation.

It’s the Indigenous voice that connects us to country, an understanding of country and of a people who are the oldest continuing culture on the planet. In the European settlement of Australia, there were no treaties, no formal settlements, no compacts, Aboriginal and Torres Strait Islander people therefore did not cede sovereignty to this land, it was taken from them, and remains a continuing source of rancour and dispute.

Australia is one of the few liberal democracies around the world which still does not have a treaty or treaties or some other kind of formal acknowledgement or arrangement with its Indigenous minorities – time for change is overdue.

In 2019 we are celebrating the United Nations International Year of Indigenous Languages, it’s time for our First Nation’s knowledge to be heard through our voices, and particularly the songlines of our indigenous people.

In past editions 4TR has featured the songs of Geoffrey Gurrumul Yunupingu, Yothu Yindi and Christine Anu, this week we focus on several other First Nation performers – Jimmy Little, Kev Carmody and Archie Roach, whose songs span over fifty years of Australian popular music, as well as three non-indigenous performers who have strongly and publicly identified with the causes and concerns of First Nation Australians in their music – Shane Howard and Goanna, Midnight Oil and Paul Kelly