Colleen Hewett grew up in Bendigo (Vic) and became a featured singer with local band the Esquires, she turned professional in 1967 at the age of seventeen and joined the Creations who were the backing band for such artists as Billy Adams and Buddy England.

Between 1967-68 Colleen and her sister Glenys toured with the Laurie Allen Revue and then Ian Saxon and the Sound but in 1970 she went solo, gained significant exposure on Bandstand, and signed with Festival Records in 1971.

Her breakthrough top 40 hit was the Leon Russell/Delaney Bramlett composition Superstar which had been a featured song on Joe Cocker’s Mad Dogs and Englishmen tour where Rita Coolidge sang the definitive version of this song. Johnny Young encouraged Colleen to record the song and she took it to #32 in June 1971.

The gospel sound of African-American church choirs was finding its way into popular music in the late 1960’s and early 1970’s, such songs as Oh Happy Day by the Edwin Hawkin Singers in 1969 was a huge hit and influenced others to incorporate the spiritual cadences of church choirs into decidedly more secular musical forms – God Bless The Child (Blood, Sweat and Tears,1969), Bridge Over Troubled Water (Simon and Garfunkel, 1970), My Sweet Lord (George Harrison, 1970), Lay Down (Candles In The Rain) (Melanie,1970) which also featured the Edwin Hawkins Singers; were all hits and followed soon after by the soundtrack for Godspell.

Godspell is a musical composed by fellow Carnegie Mellon University students Stephen Schwartz (music) and John-Michael Tebelak (lyrics), the show debuted off-Broadway on May 17, 1971, and has since been produced by multiple touring companies  in many revivals internationally. Along with Joseph and The Amazing Technicolor Dreamcoat and Jesus Christ Superstar, it was one of the big three evangelical musical events of the early 70’s.

Godspell is structured as a series of parables, primarily based on the Gospel of Matthew, the parables are interspersed with music set primarily to lyrics from traditional hymns, with the passion of Christ appearing briefly near the end of the show. Stephen Schwartz would go on to write the musicals Pippin and Wicked in the future, in a successful career in Broadway shows.

Several Godspell cast albums have been released over the years, and Day by Day, from the original Broadway cast album, reached #13 on the Billboard pop singles chart in the summer of 1972 with Robin Lamont (pictured below) on lead vocals. But it was Colleen Hewett who had the hit in Australia with this song in 1972, although Judy Stone also covered the song at the same time, but her version stalled at #25. 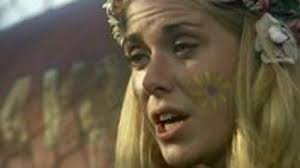 Hewett joined the cast of the “Jesus rock musical” in 1971 along with Rod Dunbar, Peta Toppano, Emma Grey, Hilton Bonner, Janet Fosie, Marty Rhone and John Waters and her powerful and soulful vocals were revealed in live performances. She recorded a stunning version of this pivotal folk rock ballad for inclusion in the cast album of the show, but the rest of the album was generally regarded as a pedestrian, unimaginative, sparse collection of gospel songs that were apparently cobbled together. Day By Day was also problematical as it owed a considerable debt to George Harrison’s My Sweet Lord, so charges of plagiarism were also threatening, which was ironic as Harrison would unsuccessfully defend similar charges of plagiarism over his song when the Chiffon’s record company proved that he had lifted the melody from their hit He’s So Fine.

Ian Meldrum convinced Colleen to re-record the soft rock ballad with a new arrangement that combined the song with another tune from the show, Prepare Ye the Way Of the Lord, so avoiding any direct connection to Harrison’s song and any subsequent copyright infringement issues.

Meldrum lavished his creative energy on the production and included full orchestral backing and the massed voices of the Australian Boys choir in support of Hewett’s soaring and impactful vocals, on a record that came in at just under six minutes.

The song was a #2 hit nationally and stayed on the charts for 24 weeks; but over the next nine years success on the singles charts eluded Hewett, although she performed convincingly in musicals – Tommy, Pippin – and on such local TV series as Matlock Police, The Box and Homicide.

Godspell the movie was released in 1973 and was mainly shot on location in and around New York City, the most memorable scene, years later, is the dance sequence filmed atop the World Trade Centre. 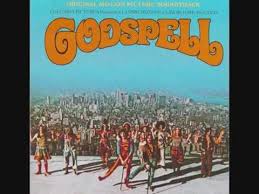