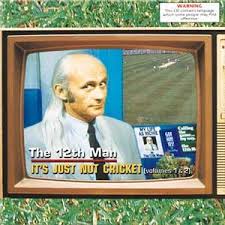 Billy Birmingham was the Twelfth Man, and his series of profane impersonations of Channel 9 cricket commentators, mined comic gold for over three decades with seven consecutive #1 albums between 1984-2006, total record sales in excess of 2 million copies, and four ARIA Awards for Best Comedy Release (3) and Highest Selling Album.

Born in 1953, Billy Birmingham had worked as a record company executive for EMI but was running his own marketing consultancy in the 80’s, developing advertising jingles (Toohey’s Beer was one of his successes) and writing comedy material for others, including Austen Tayshus, who he managed and for whom he wrote the relentlessly punning and highly successful monologue Australiana in 1983.

The success of this record encouraged Billy to develop his early Twelfth Man tapes, based on the idiosyncratic and highly relatable antics of Channel 9’s Cricket commentary team – Richie Benaud, Bill Lawry, Ian Chappell, Tony Grieg, and Max Walker. When he audience-tested the material most concluded that it was a bloopers recording of outtakes from the actual broadcast, so convincing was his impersonation and vocal mimicry of the commentators, as well as the expletive-laden content of the material, which could never have gone to air without being heavily censored.

Recorded in the EMI studios (Syd) in early 1984, the single It’s Just Not Cricket soon knocked Lionel Richie’s saccharine ballad Hello, the one where a blind girl sculpts a perfect bust of Lionel himself, off the top of the charts. Sure, the record was confronting, and peppered with expletives, and the EP cover failed to identify who the performer really was, but it held down the #1 spot for three consecutive weeks!

Birmingham’s uncanny knack of identifying and exaggerating the verbal tics and tropes of the commentators was the key to his success, allied with his remarkable improvisation and impersonation skills, and a larrikin sense of humor which was uniquely Australian. His ability to place words in their mouths that would never have been acceptable on live television, as well as the quips, twists, stumbles, responses, asides and observations with which he imbued these mostly stoic and mundane ex-cricketers, was simply ingenious.

Richie Benaud was probably his most unerring creation, seemingly innocuous expressions such as “marvellous” and “tchooo for twenty-tchooo”- became synonymous with the late doyen of cricket commentators, whilst his long-time pigeon-fancying protagonist Victorian Bill Lawry, is best known for the expression “Got him, yes”. South African Tony Grieg was infamous for losing his keys in cracks in the wicket just prior to the start of Test matches, whilst the late Max Walker was continually lampooned as a reject from the commentary team, who was forever trying to get back into the broadcast box.

For the record Billy’s favourite album was a toss-up between 1992’s Still The 12th Man and 1997’s Bill Lawry: This Is Your Life, his all-time favourite sub-continental nickname was Aqib Mateef Inaja Besidathabed although Sunil Havesacar and Cuthis Arminhalf certainly rated. 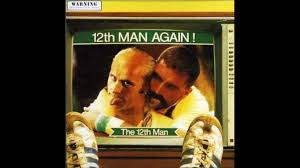 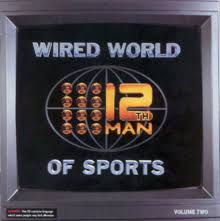 In March 1992 the single Marvellous by The 12th Man (feat.M.C.G.Hammer), a bizarre dance/groove chant that had Richie and the boys movin’ and groovin’ with their own rap about the joys of the Aussie cricketing summer, was also a hit. Such Aussie rock heroes as Jimmy Barnes, John Farnham, Diesel and Glenn Shorrock provided back-up vocals as part of the First X1 Choir, the song itself has not aged well, but it held down the top spot for two weeks!

In December 1992 his third album, Still The 12th Man became the fastest -selling Australian artist recording EMI Music had ever released, selling more than 200,000 units in a couple of weeks. The fourth album, Wired World Of Sports 2, did even better, released in December 1994, it won not only another ARIA award for The 12th Man for Best Comedy Album, but took out the ARIA for Highest Selling Album Of The Year.
The fifth 12th Man album, which also went straight to #1 in just two weeks, was a slight departure from Birmingham’s normal theme, Bill Lawry…This Is Your Life continued to lampoon Birmingham’s usual subjects, but this time against the backdrop of Channel Nine’s popular This Is Your Life television program, and it was another triple platinum success.

The Final Dig? album in 2001 explored the critical question of who would take over from Richie as Captain of the Commentary Team if and when he should retire, it was  Birmingham’s sixth consecutive #1 and sat  atop the ARIA album charts for five weeks through December 2001 and January 2002, earning him another ARIA Award for Best Comedy Album. 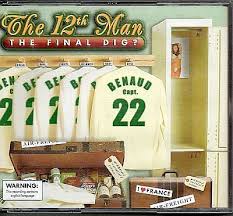 The most recent 12th Man release, the 2006/2007 double disc saga entitled Boned, was Billy Birmingham’s record-breaking seventh consecutive #1 album, it sold almost 300,000 copies in just a few weeks. The album was “inspired” by the then Channel Nine CEO, Eddie McGuire’s cost-cutting decision to ‘bone’ the entire Cricket Commentary Team, and replace them with Billy Birmingham, who could impersonate the whole team calling the cricket, and Nine would, therefore, only have to pay one salary instead of seven. 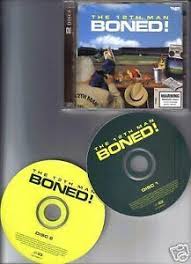 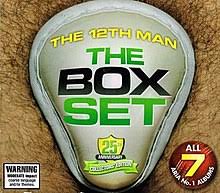 Doubtless there is a racist undercurrent and cultural insensitivity rampant in these comic monologues, particularly in references to players from the sub-continent, who Billy cruelly parodied. But he never over-estimated the good taste of his audience, taking seven consecutive albums to #1,  and easily confirming his position as the most successful comic recording artist in the country. Did he plumb the depths of bad taste, profanity, and borderline racism – probably, but Billy Birmingham just went straight to the bank. 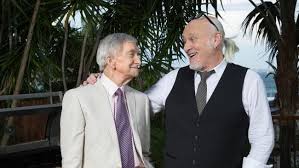