Sherbet had reigned supreme throughout the 1970’s and they would ultimately take nineteen singles and ten albums into the national top 40, in 1975 Festival hooked the band up with Richard Lush who had been sound engineer on the Beatles Sgt. Peppers album at the Abbey Road studios in London, to produce their next single, Summer Love.

The song is an infectious, driving dollop of summery pop penned again by band members Garth Porter and Clive Shakespeare, trademark guitar, drums and organ flourishes abound, Porter played saxophone for the first time on a Sherbet recording, catchy riffs were appropriated from another song, according to  Garth Porter, and insistent lyrical hooks were all wrapped up in the shimmering production of Lush, it was perfect pop and became Sherbet’s first #1 hit and was the #4th biggest-selling record of the year.

But 1975 had been a difficult year for the band, their Life tour had been derailed by the drug bust of Tony Mitchell and the loss of one of their road crew who was killed in a road accident.

Prior to recording their album Howzat, founding member Clive Shakespeare, tired and disillusioned, left the band and set up his own recording studio in Sydney, Harvey James was recruited and proved to be an admirable replacement, the resulting album and single Howzat became their biggest hit.

Howzat was written by keyboardist Garth Porter and bassist Tony Mitchell and was inspired by a cricketing colloquialism used by bowlers to appeal a decision from the umpire, which was equated to the ebb and flow of a relationship “you messed about / I caught you out/ Howzat”, lyrically it was a bit naff but then most of Sherbet’s songs were not distinguished by lyrical artistry or memorable prose.

The song uses a stop-start tempo and insistent Garth Porter clavinet riff to heighten the drama and propel the song along to the rousing chorus, it was an accomplished production and Braithwaite’s vocals were convincing and assured.

Howzat was an international hit for Sherbet in the UK (#4) and Australia (#1) and took them to the peak of teenybopper adulation in the mid-70’s, their biggest local hit nailing #4 position on the annual list of best-selling records for 1976, the album was also a #1 hit.

Sherbert toured in support of Howzat in the UK and played support to Queen at Hyde Park but their promotional gigs were ultimately derailed by lack of music company promotional support as well as union bans on foreign acts in the UK. 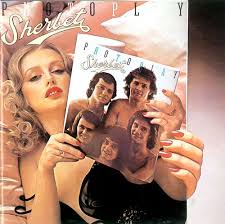 In 1977 they recorded the Photoplay album which was a convincing #4 hit and the single Magazine Madonna was lifted from it for a #2 hit locally, the record was catchy and engaging guitar pop with a rousing chorus, the rhythm section of Sandon (drums) and Mitchell (bass) delivered a solid back beat and the production was reminiscent of the Little River Band, who were cutting a swathe through the US soft rock market at the time.

Following an ill-fated US tour in 1978 the band returned home but never really recaptured their mojo, and although they returned to the top 10 with Another Night on the Road (’78) the end was in sight. Braithwaite would re-emerge in the late 1980’s and 90’s with more solo hits, and Garth Porter would become a respected music producer.

Sherbet were inducted into the ARIA of Fame in 1990 along with Percy Grainger. Clive Shakespeare (2012) and Harvey James (2011) have both sadly passed away.