In November 1990 Kylie released Rhythm of Love, her third studio album which provided further evidence that  she was taking greater artistic control over her output, having co-composed four of the eleven tracks and working with producers other than Stock Aitken Waterman, including Stephen Bray (Madonna) and KC Cohen (Paula Abdul, Seal, Prince), so this would be a period of further transition for Kylie as she matured as a performer and sought greater autonomy than was previously permitted within the SAW Hit Factory. What Do I Have to Do was a punchy slice of contemporary European dance grooves with a rave sound sensibility, and in the vein of Better the Devil You Know, it was the first Kylie single to fail to get a UK top 5 placing, coming in at #6 there and #8 locally. 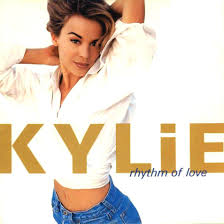 There was dissension over the image changes that were being wrought by Kylie, her younger fans were now seeing Kylie appearing in a promo video paying homage to such cinema sex kittens as Brigitte Bardot, Joan Collins and Elizabeth Taylor while modelling a succession of revealing Thierry Mugler outfits, sporting a fake tattoo of a panther on her left shoulder, getting close and personal with a beautiful female model, and doing the ironing in a saucy French maid’s outfit.  Her tweenie fans were really getting confused! Little sister Danii also made a guest appearance in the clip, but this did not allay tabloid speculation that Danii was jealous of her big sister, and that there was acrimonious sibling rivalry.

Shocked was the last single lifted from the Rhythm of Love album and it represented a significant shift in style and sound from any other record by Kylie during her tenure with SAW. The album version of this song featured a 90-second instrumental intro, gradually building to a disco-inflected crescendo, pounding keyboards and fuzz tone guitar, all superbly mixed by Peter Hammond of SAW. The single version of the same song was radically re-imagined by production duo Nick Bett and Neal Slateford, better known as DNA; this was the first time that PWL publishing had allowed external remixers to collaborate on a SAW record. DNA increased the tempo, added a rap insert by Jazzy P (aka Pauline Bennett, see below) and applied layers of multi-tracking to produce sumptuous dance grooves and a genuine clubland hit. 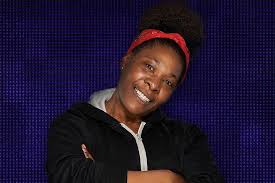 The promo clip was voyeuristic, pervy, and even a little exploitive, with Kylie being spied on through a keyhole as she changes into ever-more revealing costumes- ostrich feathers, leather hot pants and bra, and a gingham bikini. Shocked was record-breaking as it was the first time that any artist had taken their first thirteen singles into the UK top ten, over the same journey Kylie had taken ten singles into the Australian top ten, including Shocked which climbed to #6, the album Rhythm of Love was also a global hit, selling three million copies.