Songwriters have explored the world around them for hundreds of years, and the power and mystique of the weather – and nature – is something from which our favourite lyricists have consistently drawn their inspiration. From Vivaldi to Benjamin Britten, Vaughan Williams and Berlioz, Bob Dylan,Lennon/McCartney, Neil Finn and Paul Kelly, musicians have been inspired by the weather, and with increasing awareness of climate change, the weather will become an even more frequent generator of musical ideas.

Popular music may have overused sunny skies and rainy days as allegories for the human condition, but it is the artform that is most suited to making the natural world come alive. Bob Dylan referenced the weather in 163 out of his 542 songs, he knew how to pull off a convincing climate-related allegory, A Hard Rain’s A-Gonna Fall for example, but his best weather lyrics are the ones that transcended the category altogether. Blowin’ in the Wind addressed significant questions about the human existence, and the ultimate lyric of the climate-obsessed song tradition might be in Subterranean Homesick Blues, which explains why so many people have participated in that tradition—“You don’t need a weatherman to know which way the wind blows.” Throw in Buckets of Rain, Shelter from the Storm and Rainy- Day Women #13 and #35 and it’s clear that weather-referenced songs are not just sentimental and cliched, they probe our sub-conscious and heighten our awareness of such issues as climate change, whatever the climate – environmental, political, human relationships –  it is that we are concerned about.

It must be admitted that there have been plenty of songs too that have equated the inanimate with the animate and attempted to imbue weather with human characteristics in a melodramatic personification of the elements –  have you ever been  – walking on sunshine, thunderstruck, somewhere over the rainbow, doing a moondance, not letting the sun catch you crying, having a heatwave, riding on a storm, or – does the wind cry mary, is it raining men, are there four seasons in one day, have you seen the April sun in Cuba, is a bad moon rising, can you hear the rhythm of the rain, set fire to the rain, or as those infamous mimics Milli Vanilli once averred – blame it on the rain – no, blame it on their lack of talent, and poor lip syncing.

In 2015 the Tyndall Centre for Climate Change at the Royal Meteorological Society (UK) conducted an extensive study of 759 weather-related songs which used such words as sun, rain, thunder, heat and frost, and found that sunshine and rain were the  two dominant weather elements, no surprises there – Sunshine of Your Love (Cream), Here Comes the Sun/Rain/Good Day Sunshine (Beatles), Sunny Afternoon (Kinks), Sunshine Superman (Donovan), Sunshine On My Shoulders (John Denver), Here Comes the Rain (Eurhythmics), Hard Rain’s Gonna Fall (Bob Dylan), Fire and Rain (James Taylor), Purple Rain (Prince), Rainin’ In My Heart (Buddy Holly), are but a small selection of songs that reflect the songwriters’ fascination with the weather. Composers will continue to tap into the weather as a subject because of the drama inherent in weather events, especially ones that emanate from climate change, it is a powerful universal force and will remain a major influencer of popular musical culture.

The following are a random selection of songs/video clips down the years that have used the weather to convey a metaphorical message, an emotion, a state of mind, or a political stance, they are intriguing songs, and musically and lyrically weather provided the unifying creative force for their very existence.

Sixties swamp rockers Credence Clearwater Revival saw a deluge as a metaphor for the Vietnam War in Who’ll Stop the Rain? in 1970, it was part of a fervent global protest movement that saw the US and its allies, including Australia, withdraw from the conflict in 1975.

In 1967 the Kinks released the Ray Davies psychedelic pop classic Waterloo Sunset, according to Rolling Stone magazine one of the 50 Greatest Songs of All Time. The lovers who cross over the Thames near Waterloo Station, Terry and Julie, are referenced in the song and were thought to be Julie Christie and Terence Stamp, who had recently co-starred in the movie Far From the Madding Crowd, and were co-habiting at the time.

Set Fire to the Rain was yet another mega-hit lifted from Adele’s all-conquering album 21 in 2011, the blue-eyed soul of the Londoner was to the fore here with this power ballad telling the story of a troubled relationship and lamenting its end, the opposing themes of fire and water brilliantly captured the inherent contrast of emotions at play.

George Gershwin’s musical Porgy and Bess showcased the languidly sexy standout song Summertime which became a performance favourite within the genres of jazz, swing, and clubland cool, until 1966 when Billy “Jackhammer” Stewart backed by Earth Wind and Fire, gave it a turbo-charged scat treatment that was as unexpected as it was incendiary. Revived by Quentin Tarantino as part of the soundtrack of his latest movie Once Upon A Time in Hollywood, listen in, and let the “Jackhammer” fall “…brrrrrrrrrrrrrrrrrrrrrrrrrrrrrr… up chuck-a-chuck, uh! yeah!”

On a dark and stormy night, the Doors took us into the maw of the Grim Reaper, with their 1971 psychedelic rock noir of Riders on the Storm, partly inspired by the country song (Ghost) Riders in The Sky and the murder spree of serial killer hitchhiker Billy Cook. Ray Manzarek used his Fender Rhodes electric piano to emulate the sound of rain, and layered on the sound effects of thunder and storms “…there’s a killer on the road/his brain is squirmin’ like a toad/…if you give this man a ride/sweet family will die/killer on the road, yeah.”

In 1971 factory worker Bill Withers entered the Stax studios in Memphis to record his debut song, Ain’t No Sunshine, in the esteemed company of Booker T and the MGs, the originators of the Memphis soul sound. Withers had been inspired to write the song after seeing the movie Days of Wine and Roses, a harrowing story of a husband and wife both battling alcoholism, sometimes succeeding, sometimes failing, and you know, you know, you know, you know, that Withers really did believe that once his lover had gone, there was no sunshine left in his life.

4TR has chosen the top six Ausmusic songs about the weather and Kiwis are prominent within this genre, Neil Finn and Crowded House delivered arguably two of the best weather-related songs from their Woodface album in 1992  -the Melbourne-centric Four Seasons in One Day, and the perfect pop Weather With You, a splendid allegorical use of weather to reflect the state of the human condition, in both cases. 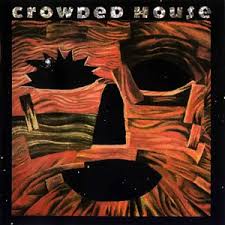 Dragon were an intrepid band of Kiwis who worked hard, played hard, some died young, and left beautiful corpses, but along the way they penned several classic weather- related songs, Sunshine (’77), April Sun in Cuba (’77) and Rain (’83), we review the latter two in this week’s post. 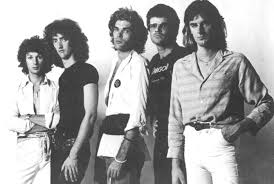 Blackfeather penned one of the great Australian  prog rock songs with Seasons of Change in ‘71, a haunting, spectral evocation of the changing seasons and how they chart the milestones of our lives, only Golden Miles by Healing Force came close to knocking this one off as the best local  prog rock composition ever.

“The harbour’s misty in the morning love/ oh how I miss December/ the frangipani opens up to kiss the salty air… “’ and with these lyrics Doug Ashdown surely claimed the title for the most fragrantly evocative opening lines to any song. Winter in America was truly an under-rated classic, which cleverly personified the morning sun, the sadness of the rain, and the cold of winter, with the pain and anguish of a lost love.

Ausmusic weather classics abound and 4TR will revisit more of them in the future, they would include the following: It’s Almost Summer (Billy Thorpe), Break in The Weather (Jenny Morris), Cool Change (LRB), Deeper Water/So Much Water, So Close to Home (Paul Kelly), Sunshine on a Rainy Day (Christine Anu), A Little Ray of Sunshine (Axiom), Thunderstruck (AC/DC), One Summer (Darryl Braithwaite), and many more.