The journey that had taken Hunters and Collectors from marginalized, esoteric, Krautrock devotees, to become Australia’s greatest pub-rock exponents had involved some considerable soul-searching by band members along the way. Hunters were always a fiercely independent artistic collective, who were slowly inching their way towards a degree of commerciality. This involved some painful compromises, and an awkward collaboration with an American producer, in Don Gehman (pictured below), who was more attuned to a creative dynamic, focused on tapping into mainstream chart success; he was blissfully unaware of the band of social democrats who had descended into his world, to cut a record.

The Hunters had started out craving obscurity, they showed contempt for flashiness, image-building, hyperbole, and rock God vanity, they were likened to a trade union with their job demarcations, vote-taking, and minute-keeping – Gehman was bemused, he said he thought they were “a bunch of Communists,” and this was said with no sense of irony, given the acknowledged irony deficiency of Americans.

Gehman quickly zeroed in on Seymour as the main songwriter and creative force within the group, an accurate assessment, but very much at odds with what other band members had come to expect. The song-writing- by- committee approach had prevailed for many years, so what was this smart-arse Californian doing going off with Seymour and the French horn player and writing songs, or indeed creating music when most of the band hadn’t even turned up at the studio! Gehman was actively corrupting the gestalt that had been created within the group over a decade ago.

The fifth single lifted from Cut was the anthemic Holy Grail, a song partly inspired by the semi-fictional novel The Passion by Jeanette Winterson about Napoleon’s march into Russia in 1812, wherein Seymour likened the carnage, brutality, and megalomania of that military campaign, with the internal dynamics of the band, and he saw the new album, and Holy Grail, the standout single on the album, as the ultimate salvation of the band. 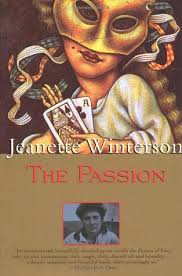 Frustrations had built up inside the group about their failure to crack the US market, and the internal tensions contingent upon working with a new producer in Gehman were palpable, but the American had the hits to prove it with REM, Mellencamp, Jimmy Barnes, Diesel, and he was being paid a lot of money to deliver a radio-friendly hit record for the band.

Seymour has described the making of the album Cut as “excruciating”, and Holy Grail reflects that anguish and his determination to remain true to his personal quest as a musician “I followed orders/God knows where I’d be/ But I woke up alone/ all my wounds were clean/ I’m still here/ I’m still a fool for the Holy Grail…”.

Seymour had dreamt about Winterson’s book, and envisaged band members in the uniform of Bonaparte’s Old Guard, falling by the roadside, wounded, and dying, Seymour took his ideas to Doug Falconer who developed a drum loop, chords were played, and Seymour sang along acoustically, Gehman took Seymour and Jeremy Smith into another area where the producer played with chord shifts and melodic options, and lyrics evolved, later that night Holy Grail was complete.

The song is catchy and Michael Waters piano chords at the intro weave in and out of the song in a sinuous loop, Robert Miles on bass and Doug Falconer on drums provide the rhythmic spine of the record with trumpet flourishes by John Howard at the bridge and the outro, Seymour’s vocals are powerful and dramatic. Remarkably it barely survived the band’s internal culling process for selecting songs for release, Hunter fiercely defended the song and prevailed.

Holy Grail became a classic song, despite the fact, that it only charted #16 at the time, and then sporting broadcasters appropriated it, flogged it, and almost turned it into a boring bogan chant. It has been compared with Boston’s hit of 1976 More Than A Feeling but the link between Nirvana’s Smells Like Teen Spirit and Boston’s song is more obvious. 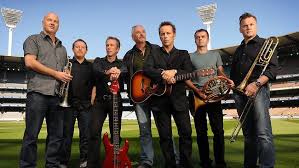 Mark Seymour would return to the MCG on Grand Final Day on no less than four occasions in ’98, ’02, ’09 and ’13 to perform this song which has become synonymous not only with AFL football, but the broader community who embrace our national game as they embrace Don Gehman’s “bunch of Communists”, who have become an endeared musical icon.