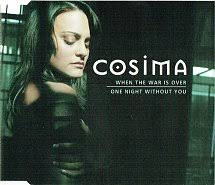 Cosima De Vito was born in 1978 and grew up in the Perth suburb of Hamilton Hill, her parents were Italian migrants Carlo and Maria, who both worked in the family painting business. Cosima won her first talent quest at nine years of age and her musical inspirations were Whitney Houston, Shirley Bassey, Tina Turner and Karen Carpenter. She graduated in Commerce from Murdoch University but was more focused on a career in entertainment, in 2001 she went to Nashville with a view to cutting a demo record but as she had no fanbase in Australia she was encouraged to go back develop a local profile here first. 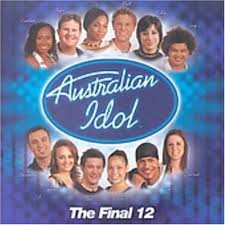 In May 2003 De Vito successfully auditioned for the first season of the TV talent quest series, Australian Idol, with a performance of Celine Dion’s I Surrender, from July to November she appeared on the weekly televised episodes and moved to Sydney that year and was  entered as one of the judges’ wild card choices. De Vito finished in third position after having to withdraw from the competition due to a diagnosis of throat nodules when she lost her voice singing River Deep – Mountain High, Idol judge, Ian Dickson, claimed that she would have won. However, following medical advice, she withdrew from the competition and underwent speech therapy allowing fellow contestant Shannon Noll to join Guy Sebastian in the series grand final. According to opera singer and music teacher, Juliette Hughes, writing in The Age De Vito and other contestants:“… often, quite talented young singers fall into bad vocal habits. It’s a style thing: they get told to belt and force, to the point of damage. When Cosima famously had to pull out from the first series because she had nodules, no reputable singing teacher in Australia would have been surprised. She had been showing the signs for some time. Her voice was losing its ability to sing softly; there was a brittleness, a threadiness. If she hadn’t stopped, she would also have lost the ability to sing beyond a narrow series of barked, hoarse sounds.”

After recovery from her throat nodules, Cosima De Vito was unable to negotiate a suitable record deal and funded her own label, (CDV Records) with the financial help of her family. Her managers, Constantine Nellis and Ted Gardner, took on the singer after she was widely shunned by local record companies, there had been rifts between Cosima and her fellow Idol contestants on the show, she had apparently not bonded well with the others – Guy Sebastian, Shannon Noll, Rob Mills, Paulini Curuenavuli, and Courtney Act – Sebastian has commented that she was “overly competitive and perceived as negative”, so record companies may have concluded that she was  difficult to work with, and there may have been lingering doubts about her future vocal ability following treatment for throat nodules. 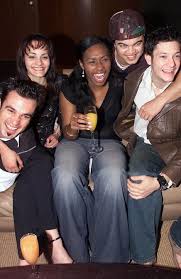 For her independent debut album, Cosima, she flew to Los Angeles to have ten of its eleven tracks penned by Dianne Warren (below) (Celine Dion, Christine Aguilrera, and Aerosmith, who commented “When I heard her sing I was blown away … Cosima is a younger, edgier Celine Dion”. 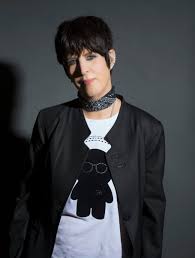 On 9 August 2004 Cosima’s first single, the double-A-side When The War Is Over/ One Night without You,  was released, her debut album Cosima was released in October of the same year. 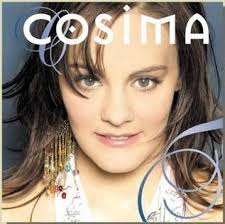 The song was written by Cold chisel drummer, the late Steve Prestwich (below), and as he could neither read nor write music, was assisted by Ian moss and Don Walker to finalise the composition; of the creative process Prestwich said, “I got the first verse of melody and lyric quite spontaneously, and that, coupled with the verse guitar melody, brought it all together. However, I had to write the middle eight in the studio just prior to it being recorded.” 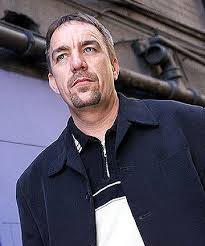 The song was included on the Chisel album Circus Animals (below)released in 1982 following their return from a disappointing tour of the USA, it was one of their most successful albums with solid contributions from various band members – You Got Nothing I Want (Jimmy Barnes), Bow River (Ian Moss), and two exemplary tracks from Steve Prestwich – Forever Now and When the War I Over. 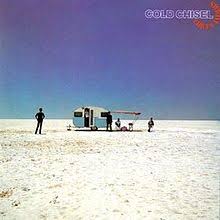 When The War… was the third single lifted off the album, the chorus is repeated several times at the beginning of the song, “ain’t nobody gonna steal this heart away”, for a classic “lighters-in-the air moment” which is also repeated at the end, Ian Moss delivered lead vocals on the first two verses as well as several guitar solos. Jimmy Barnes sang the third verse which rises to a crescendo before returning to the more restrained, melodic refrain at the beginning of the song.It was a break-up power ballad of considerable emotion, metaphorically aligning the finish of a relationship with the end of hostilities, it became a live performance favorite and charted #25 locally.

Cosima had previously performed the song on the Australian Made episode of the program, and this is the clip we have included, her version was quite different from Cold Chisel, an acoustic-guitar and string driven theme was used instead of the strong guitar and drums of the original. When released it received very limited airplay on mainstream radio stations, but despite this, it managed to become the first independently recorded and released single to debut at #1 on the ARIA Singles Chart, and was also the best-selling independent Australian single for 2004, it stayed in the Top 5 for over a month and was certified platinum for sales over 70,000 units. The song remains the only Cold Chisel song to reach #1 on the singles charts, the band’s biggest single hit was another Steve Prestwich composition, Forever Now, which climbed to #4 in 1982.

The album Cosima charted at #3 nationally but only enjoyed a short run of five weeks, her next single was the power ballad Now That You Can’t Have Me, and Cosima channelled her inner Tina Arena, it deserved to do better, but only charted #47. Between 2004- 07 she was mired in a lengthy legal dispute with her management Nellis and Gardner, which was resolved in their favour in 2009 for a minor settlement after initial claims and counter- claims had spiralled up to 0.5 million. A third single Cost of Love was never released, she hooked up with new management and in 2006 toured in support of UK soul singer Roachford and then Greek warbler Demis Roussos, When The War Is Over surprisingly re-entered the local Independent Charts in 2006 and climbed to #11, but in the period 2007- 13 Cosima’s last four singles as well as her third album Keep It Natural, have all failed to chart.