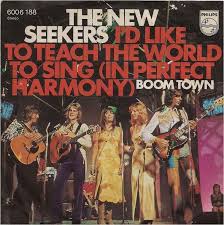 Following the breakup of the original Seekers, Keith Potger re-formed the group in 1969, marketed as Keith Potger and The New Seekers, they originally comprised several local UK artists, Eve Graham, Sally Graham, Laurie Heath, Chris Barrington, and expat Aussie Marty Kristian. Kristian (real name Martins Vanags), was a German-born immigrant to Australia in 1950, he attended Northcote High school in Melbourne and released three singles in the period 1966-67 but failed to chart top 40. Marty followed the trail of so many other local performers to London, where his good looks and singing and songwriting talent earned him a position as a founding member of the New Seekers. Below-Top L-R-Layton, Kristian, Doyle Bottom L-R Graham, Paul. 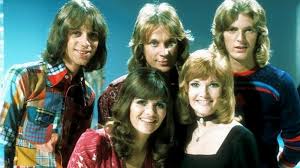 A year later Keith Potger had exited the scene along with Sally Graham, Laurie Heath, and Chris Barrington who had been replaced by former Nocturnes singer Lyn Paul, Paul Layton, and another expat Aussie Peter Doyle. Doyle was a teenage heartthrob from Melbourne who released six singles between 1965-67 with Speechless (# 32) and Stupidity (# 34) being his biggest hits, both in 1965. He also enjoyed limited success as an original member of the blue-eyed soul trio the Virgil Brothers, but on being invited to join the New Seekers by manager/producer David Joseph (below), he was then resident in London, and readily accepted. 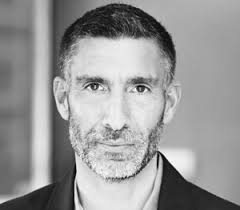 The Aussie connection extended to the management of the group with David Joseph’s GTO Group handling the business side, with assistance from a young aspiring manager, former Masters’ Apprentice bassist, Glenn Wheatley, who would later guide the fortunes of LRB, John Farnham and Delta Goodrem, and their record producer David Mackay (below). 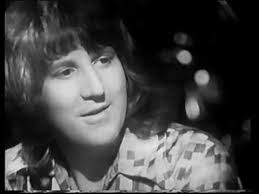 The group initially hit the charts in 1970 with a cover of the Melanie Safka song What Have They Done to My Song Ma which hit #3 locally, #14 in the US and was a minor hit in the UK. They followed up later the same year with Delanie and Bonnie’s Never-Ending Song of Love (#25 Aust and #2 UK). 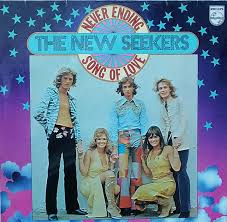 I’d Like To Teach The World To Sing, was released in December 1971 and had a rather complicated conception and delivery as it was originally written by the two Rogers – Cook and Greenaway – who had already enjoyed success with several hits including You’ve Got Your Troubles (Fortunes), Something’s Gotten Hold of My Heart (Gene Pitney) and Home Lovin’ Man (Andy Williams) – and was originally released under the title True Love and Apple Pie recorded by Susan Shirley, but it was a rather average pop song, with a twee title, and it failed to chart. 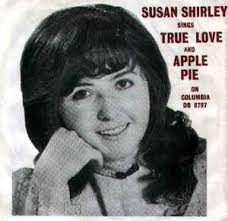 Subsequently Coca Cola marketing approached the two Rogers to write a jingle and the actual chord structure of True Love and Apple Pie was perfect for what Coke had in mind. After dumping the original title and incorporating some lyrics already developed by advertising man Bill Backer, who had been inspired by a group of young travelers enjoying Coke at an airport, the song was quickly adapted overnight by Greenaway, Cook, and Backer with assistance from Billy Davis, and became a jingle for Coca-Cola as part of their “I’d Like to Buy the World a Coke” campaign, the two Rogers took their $5,000 fee and didn’t think too much more about the song.

Surprisingly the advertising campaign gathered great momentum, the radio commercial was so popular that a television commercial featuring 500 youngsters singing on an Italian hillside became one of the iconic marketing images of the era, and at that time the original composers realized the potential of their humble little jingle. 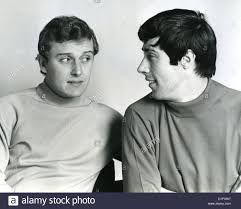 Cook and Greenaway (above), who were better known in the mid-60’s as the pop duo David and Jonathon (Lovers of the World Unite and Michelle in 1966) re-wrote the lyrics to remove all references to Coke and set about engaging an attractive group to record the song and enrich it with the kind of harmonies that weren’t possible on the original Susan Shirley release, this record was about to become the ultimate media cross-fertilization phenomenon. The New Seekers were offered the song, lead singer Lyn Paul thought that while it was silly and soppy it was feel-good as well, the lyrics of the first verse were not artfully inspiring “I’d like to build the world a home/And furnish it with love/ Grow apple trees and honey bees/ And snow white turtle doves,” but the vocal harmonising of Lyn Paul, Eve Graham and tenor Peter Doyle were right on the money, in January 1972  it soared to #1 in the UK where it stayed for 4 weeks, it also charted #7 locally and #7 in the US and has sold 7 million copies to date, the little jingle had struck gold.

In the final episode of the TV series Mad Men in May 2015, ace adman Don Draper successfully returns to form as a Madison Avenue marketing genius, by supposedly creating the Coca-Cola campaign built on the premise of “I’d like to buy the world a Coke, and keep it company”, and the New Seekers song played out over the closing titles. 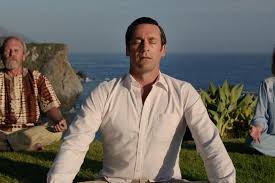 But I’d Like to Teach the World to Sing, had one more intriguing lease of life, and would continue to be an enduring money spinner for its composers, when in 1994 Oasis admitted that they had made “ironic” use of the song in their composition Shakermaker, and had to cough up half a million dollars for the privilege. 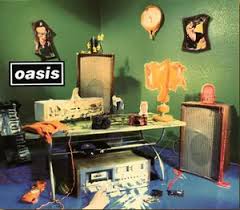 Following their monster hit I’d Like To Teach The World to Sing (In Perfect Harmony), the New Seekers enjoyed further chart success in 1973 when they represented the UK at the 1972 Eurovision Song Contest with Beg, Steal or Borrow which came second to Vicky Leandros’ Apres Toi, representing Luxembourg. Beg, Steal or Borrow was a #2 hit in the UK and top 40 in Australia, and incredibly the New Seekers released no less than four albums in 1972 alone, as they rode the crest of a huge wave of global success.

The band followed up in 1973 with a cover of the Who’s Pinball Wizard, which was top 20 here and in the UK, and then took Harry Chapin’s Circles to a UK #4 and Aust #20, another cover, this time of The Fleetwoods Come Softly To Me To Me which was a top 20 hit in the UK where the group had established a strong fanbase, but this one failed to make an impact on the local charts. 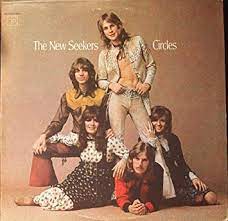 In 1973 Peter Doyle was replaced by Peter Oliver, and the band toured the US as support act for Liza Minelli, there was some friction within the group as David Joseph wanted to promote Eve Graham as the front-woman over Lyn Paul, who threatened to leave, so to placate her she was offered lead vocals on the next single, which was the Tony Macauley and Geoff Stephens song, You Won’t Find Another Fool Like Me. 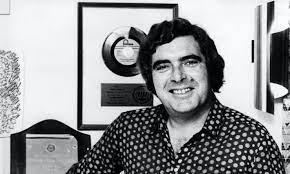 Geoff Stephens (above) was a successful British tunesmith who had written hits for Dave Berry, Herman’s Hermits, Manfred Mann, the Hollies and the New Vaudeville Band; and he recalled the inspiration for the song being one morning when he went to work in his office in Switzerland, and noticed that his personal assistant Roxanne, was upset and crying over an incident with her boyfriend when she had told him “You leave, but you won’t find another fool like me.” 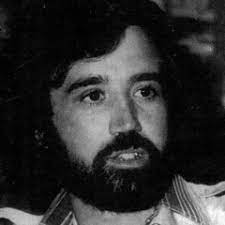 The lyrics for a song came to mind very quickly, and the title Stephen recalled was perfect, but he was unsure whether he had comforted Roxanne before he dashed off to write the song. Tony Macauley (above) was an experienced music industry insider who had already written hits for Long John Baldry, Edison Lighthouse, The Foundations and The Hollies, but he was in a career slump at this time, and looking to move on from Bell Music. He didn’t really like this song very much, and thought it sounded like several anodyne Connie Francis hits from the 60’s – Everybody’s Somebody’s Fool, Breaking In A Brand New Broken Heart, and My Heart Has A Mind Of Its Own. But You’ll Never Find Another Fool Like Me did have a certain charm, it was breezy, bubblegum pop, with brassy orchestration, shimmering sax solos, and a catchy sing-a-long chorus, it was a big Christmas hit, girls bought it for their boyfriends and vice versa, essentially it was a way of saying “I love you” and it resonated internationally hitting #1 in the UK and #5 in Australia. Tony Macauley had to concede that “The New Seekers and the public loved You’ll Never Find Another Fool Like Me, it went to 1, and put my career right back on track.” (The Guys Who Wrote ‘Em – Sean Egan 2004).

The band followed up in 1974 with another Macaulay/Stephens composition, I Get A Little Sentimental Over You, which also featured Lyn Paul on lead vocals, and charted #12 locally and #5 in the UK, but by the end of 1974 the group had disbanded, in dispute with their management over financial returns to band members. Changes in personnel would take place before the band reformed in 1976 with Kathy Ann Rae and Danny Finn, replacing Lyn Paul and Peter Oliver, several minor hits followed with It’s So Nice (To Have You Home), (1976), I Wanna Go Back (1977), and Anthem (One Day In Every Week, 1978) a former a cappella hit for the Melbourne group Procession in 1968. 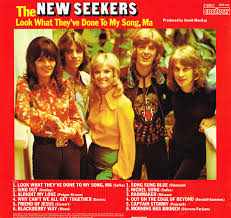 The New Seekers were more than just an echo of the original Seekers, they were definitely more pop-oriented and could not replicate the stunning vocals of Judith Durham, but they had twelve top 40 UK hits including two #1s and five #5s, eight hits in Aust. and three top forty hits in the US, and continued to perform on the heritage circuit in the UK until 2010, over their career they notched up global record sales in excess of 17 million, sadly Peter Doyle passed away in 2001.