The Carnival Is Over (T Springfield) – The Seekers 1965

The Seekers were already a successful international group with three million-selling hits to their credit – I’ll Never Find Another You, A World of Our Own, and Morningtown Ride – when they stepped into the Abbey Road Studios with producer Tom Springfield to record what would become one of their biggest hits. The Carnival is Over is based on a Russian folk song circa 1883, adapted with English language lyrics, that had been recorded by Pete Seeger in 1953, but this version was lyrically adapted, arranged, and composed by Tom Springfield, who got the solo writing credit. 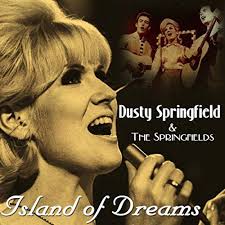 Springfield had previous success in adapting old folk music when he appropriated Au Clair de la Lune to become Say I Won’t Be There and then a mixture of Carry Me Back to Old Virginny and The Rose of Tralee which became Island of Dreams– the last big hit that his sister Dusty had with the Springfields before going solo. The central refrain of the Carnival is Over is taken from a Russian song about a Cossack Stepan (also known as Stenka) Raizan (below).

The Russian lyrics were written by poet and ethnographer, Dmitry Sadovnikov, and describe an incident during the Russian Peasant Uprising in 1670-71. Stepan Razin allegedly killed his captive, a beautiful Persian princess who had become his bride, by throwing her into the water from his boat, as depicted below. The sacrifice being to appease the much loved and feared Volga river, and for Raizin to prove to his comrades that despite his affection for the girl, he was strong enough to make extreme sacrifices when required, as they would be expected to do.

Springfield also introduced several intriguing but elusive characters from Italian pantomime into the mix, two masked ill-fated characters; Pierrot(below) the sad clown who was in love with the beautiful Columbine who breaks his heart when she leaves him for Harlequin(below) “For the joys of love are fleeting/For Pierrot and Columbine”. 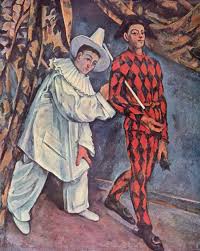 The song is far from celebratory, it is a sad lament about lost love and bereavement, accompanied by a military drum beat, four-part harmonies, acoustic guitars, upright bass, a soaring Bobby Richards string arrangement which included cello and violins, and the crystalline and heartfelt vocals of Judith Durham. The Carnival is Over was the moment when Judith Durham emerged as an accomplished popular singer, no longer uncomfortable interpreting songs that were outside of her gospel/folk/jazz origins, she imbued the song with great drama and in doing so heightened the engagement of the listener and the impact of Springfield’s lyrics. 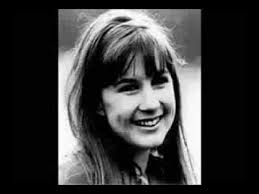 Tom Springfield and Durham’s bandmates had controversially agreed that they should record a new Springfield composition entitled Hummingbird instead of the Carnival is Over, but when Durham found out she fought tenaciously for its inclusion. Innately she was emotionally connected to the song and confident of its success, at the outro the song peaks emotionally as the three men step back and Judith delivers the heart-wrenching coda solo ‘till I die”.

When released the record was selling 93,000 copies a day, it knocked the Stones Get Off My Cloud of the top of the UK charts and stayed there for three weeks, Judith’s judgement in the matter had been vindicated; and Elton John was quoted at the time as describing Judith’s voice as “the purest voice in popular music.”   The song was frequently used by the Seekers to close their concerts and it was scheduled to feature at the closing ceremony of the Sydney 2000 Olympic Games, but Durham was injured, and the Midnight Oils performed Beds are Burning (complete with “Sorry” T Shirts) instead. Between 1964-68 the Seekers blazed a trail across international boundaries for other local acts to follow, they sold over 50 million records and at various times pushed the Beatles and the Rolling Stones off the top of charts here and overseas.

The Carnival is Over was the finale to the Seekers homecoming concert at Melbourne’s Myer Music Bowl in 1967 in front of over 200,000 adoring fans, this crowd still holds the record for attendance at a concert in the southern hemisphere.

Sales of 1.4 million in the UK alone plus a #1 hit in Australia and Ireland, this song still rates as the 34th biggest-selling single in UK history, its words and music possess a majesty and grandeur normally associated with hymns or stately orchestral compositions. Durham’s vocals are so precise and formal that the emotional core of the song never dominates in an overwrought or sentimental way but serves to heighten the sentient impact of the song “Say goodbye, my own true lover/ As we sing a lover’s song/ How it breaks my heart to leave you/ Now the carnival is gone.”

The promo clip was simple, solemn and showcased the great instrument that was Judith Durham’s voice, she wears a modest full -length dress and the boys are all in suits and ties, an “arty shot” of the band through a pair of headphones was followed by an early product placement when the final scene shows the group boarding a Qantas flight. The Seekers were inducted into the ARIA Hall of Fame in 1995.