Cover versions of original songs are regarded by some as a valid re-interpretation, or sincere rendering of a piece of music that already exists, others see them as derivative, wholly lacking in creative merit or artistic worth, and yet some of the most obscure songs that have been re-birthed via covers are admired for their uniqueness and often uncanny sense of imbuing a song with a completely different persona.

To have the ability to take a song which is ingrained in popular consciousness and spin it into a new dimension requires an alternative musical arrangement and vocal treatment which is at least  equally engaging and impactful as the original record, it also helps if ten years or so has elapsed since the original version appeared. 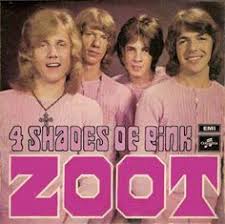 Australian acts had covered Beatles songs before, Zoot (above) had given Eleanor Rigby a surprisingly effective psychedelic rock treatment in 1970 and Doug Parkinson and In Focus (below) had delivered a soulful rendering of Dear Prudence a year earlier.

John Farnham’s solo career was on the skids for a decade between April 1973 – March 1983, the King of Pop had abdicated his throne to Jamie Redfern briefly, and then to Daryl Braithwaite, his last hit had been the rather prophetically-named Everything is Out of Season, #9 in March 1973. He had split with long-time manager Darryl Sambell in 1976 and after brief stints with managers Ken Brodziak and Danny Finlay had hooked up with Glenn Wheatley in 1980. By this time Farnham was in serious financial trouble, a restaurant venture with Finley and his wife Colleen Hewitt, the “Backstage” in Spring St (Melb), had collapsed, and there were debts and unpaid taxes of a million dollars.

Throughout the 1970’s Farnham had pursued a career on the cabaret circuit and in stage musicals – Charlie Girl and Pippin (above), pantomime (Dick Whittington), he had also ventured into TV sitcoms-Bobby Dazzler, and It’s Magic with Colleen Hewitt, but the hit songs had dried up.

Two years later, after Goble and Birtles had ousted Glen Shorrock from LRB, John Farnham would become the band’s new lead singer from 1982-86, a period that would prove to be neither professionally nor financially rewarding for Farnham. Of the ten songs on the album, nine were written or co-written by Graeham Goble with others – Farnham, Mike Brady and Mal Logan- collaborating. Goble’s Please Don’t Ask Me was beautifully sung by Farhham but failed to chart, the only song to climb the charts was the first single lifted off the album, Lennon and McCartney’s title song from their 1965 film Help!

Written primarily by Lennon as a cry for help from him as he was tired and stressed-out riding the Beatles frenetic merry-go-round, the song was given an up-tempo folk-rock treatment at the CTS Studios (London) when recorded on two four-track machines designed to enhance “bouncing” and mixing of the vocal and instrumental tracks of the song. Predictably it was an international megahit, and one of the Fab Four’s most admired songs, and although Lennon was proud of Help! and the honesty that it conveyed, he expressed regret that the Beatles had recorded it at a such a fast tempo in the interests of giving the track a more commercial appeal.

No doubt Farnham, Wheatley (pictured above) and Goble were also aware of the possibility of rearranging and re-inventing Help! at a slower tempo and re-birthing this song as a piano-based ballad, taking full advantage of the Farnham vocal range. In Farnham’s hands the song became a melodramatic somewhat overwrought ballad, in the monochrome promo clip you can see the singer wringing every ounce of emotion out of the lyrics, he dips, he soars, he uses melismas and every vocal trick in his repertoire, he was literally singing for his very professional existence, and no doubt the frayed emotions that had driven Lennon to write this song were not dissimilar from those that a struggling artist such as Farnham would have wrestled with in the recording studio that day.

Help! rose to #8 nationally to temporarily break the drought for Farnham, the album Uncovered climbed to #20 , but John’s re-invention was short-lived as he mistakenly signed on for yet another lackluster, twee, series of cabaret-style musical shows with Deborah Byrne imaginatively titled Farnham and Byrne  (below), which sank without a trace after one season. Two years later he would replace Glenn Shorrock as front man for LRB, and another three years later in October 1986 his resurrection would be complete, with the release of the album Whispering Jack and its anthemic lead single You’re the Voice. 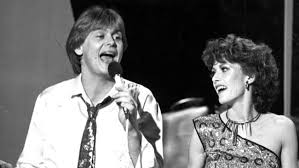