Pressure Down was the second single lifted from the Whispering Jack album, the song was written by British musician Harry Bogdanovs (below left), whose previous work had often been in association with David Knopfler (below right), younger brother of Mark Knopfler, and a former member of Dire Straits.

Pressure Down drives along with an urgent and insistent beat, impressive keyboards from former LRB keyboardist David Hirschfelder, the lyrics emphasise the stress and strain of everyday life and Farnham’s vocals are convincing. During the recording of this song Farnham and his producer Ross Fraser and others were diverting themselves by calling the new 0055 phone sex lines and one of the standard responses from the working-girls found its way onto the opening whispered expression on this record “Oh yes, darling, there is no restriction on subject or language”. The promo video was imaginative in a very 80’s kind of way, reminiscent of several recent Dire Straits  videos, it is introed by the late actor and Melbourne gay icon Frank Thring, who intones “in your quest for success , there is only one step left to overcome … pressure . Cue the wind machine as John performed against a backdrop of competitive  board games – scrabble, chess, monopoly- as various articles whizz past him in the breeze. Men wrestle and Frank reappears and seems to be having a fatal heart attack, which he actually did six years later.

Farnham continued to impact on the charts and the phenomenon that was the Whispering Jack album confirmed the original assessment that it was indeed “all killer and no filler” with You’re the Voice already a massive hit, Pressure Down roaring up the charts and Touch of Paradise yet to be released to make it three hits in a row. Pressure Down charted at #4 in Aust, #8 in NZ, #11 Sweden, Farnham would go on to become one of the most successful solo artists in the history of Australian rock and pop along with Johnny O’Keefe and Jimmy Barnes.

Farnham’s soulful treatment of the Ross Wilson (above)/Gulliver Smith-penned minor hit for Mondo Rock, Touch of Paradise became yet another hit single to be lifted from the all-conquering Whispering Jack album when it went top 30 in March ’87. Farnham imbued this song with a gravitas and sensuality that was less discernible in the original version, his powerful tenor is kept in check, like an iron fist in a velvet glove, but used skillfully to underscore the brilliant lyrics and transform them in a definitive and memorable recording. The clip is from a Countdown performance by Farnham on March 15th. 1987, Venetta Fields and Lindsey Field provide the backing vocals, Brett Garsed was on keytar, and mullets were the hairstyle de jour!

The “Farnham Family” of regular session players were present at the recording – David Hirschfelder on keyboard, Brett Garsed guitar, Roger McLachlan on fretless bass, David Burchell (below) on drums,  backing vocals by Nickki Nicholls and Penny Dyer, and Bill Harrower who delivered a blistering soprano sax solo, John Farnham made Ross Wilson’s song his own with this definitive version. 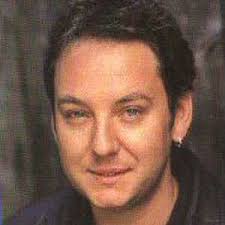