The Whispering Jack album had sold 1.7 million copies and a succession of singles lifted from it had restored Farnham’s fortunes, he and his manager Glenn Wheatley were focused on replicating that success with the next album, Age of Reason. 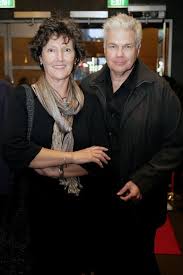 Farnham was looking for a standout single for his follow-up to You’re the Voice and whilst backstage at a Dragon (below) concert at Melbourne’s Palais Theatre, he asked Todd and Marc Hunter if they could write a song for him. Dragon were booked to support Tina Turner on a European tour, but three months later returned to their Bondi flat (Syd), where Todd and partner Johanna Piggot worked together on creating Farnham’s follow-up song. 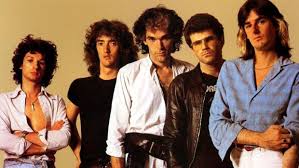 The title track from the Age of Reason album, is cut from the same template as the anthemic power ballad You’re the Voice. Todd and Johanna were aware of the challenge that this new song presented, it was bespoke music they were creating, and it would need to meet the expectations of Farnham’s audience, the lyrics would need to be more universal, less personal, and reflect the themes of measured optimism for the future and the global responsibility for reason to prevail to preserve our planet. There would also be competition from others, following the success of Whispering Jack, Farnham and his team had been inundated with over 3,000 potential lead singles to evaluate, ultimately Hunter and Piggott completed the lyrics in 10 minutes!

Marc Hunter was asked to demo the vocals but only got as far as the middle eight when he refused to continue and said that he didn’t like it, however Farnham and his producer Ross Fraser loved the song, saw its potential and labored over it for six months, before declaring it would be the title track on the all-important follow-up album to the legendary Whispering Jack. The layers of keyboards and programming applied by Fraser and David Hirschfelder (below) in the studio gave the record the requisite contemporary sheen and it became the perfect sonic companion piece to You’re the Voice.  It was polished, high-tech, synthesized pop, with a ticking Doomsday clock, bombastic lyrics, a rumbling synth bass, counter-balanced with a message of hope for the future, and an emotional depth that reflected Johanna Piggot’s aspirations for Harry, her then-unborn child. The song possessed an anthemic appeal that was universal and resonated with both pop as well as adult contemporary audiences, and Johanna Piggot became the first Australian woman to co-write a #1 hit single in this country.

While the video shot for You’re the Voice was reputed to have cost less than $10,000; following Farnham’s career re-birth, the Age of Reason video filmed in 1988 clocked in at $100,000, director Stephen Hopkins filmed six key scenes with the Victorian Childrens’ Choir appearing in three of them, scampering  through a junkyard, running down a hill in Sherbrooke Forest in the Dandenong Ranges, behind John, and finally standing in a warehouse as Farnham walks between them. The 100 children also featured John’s sons Rob and James, and there was also a classic shot taken at Cathedral Point, now known as “Peak Farnesy”, of the  singer, with mullet, wearing Ugg boots, singing on a mountain top, to which he had been gingerly helicoptered earlier in the day.

Glenn Wheatley ensured that Farnham toured his backside off to promote the album, The Age of Reason tour broke all previous records for a local act, selling 190,000 tickets, including a phenomenal nine consecutive shows at the 14,000 capacity Rod Laver Arena in his hometown Melbourne. The album sold 1.2 million copies and John Farnham was chosen as the Australian of the Year in 1988, the first time this honor had gone to a solo entertainer. Age of Reason was yet another #1 hit locally, #4 in NZ, and top 10 in Sweden and Norway, and the 11th biggest-selling record of the year nationally

Two Strong Hearts was the second single to be lifted from the Age of Reason album, and had been co-composed by Andy Hill (above), a UK journeyman songwriter, who had previously written all the songs for Buck’s Fizz including the 1981 Eurovision winner Making Your Mind Up as well as hits for Celine Dion (Think Twice).This became a national #3 hit in September and featured a classy ensemble of backing singers – Venetta Fields, Lisa Edwards, Joe Creighton, Lindsey Field and guest bass vocals from Ross Hannaford (Daddy Cool), as well as a chugging rhythm section of Angus Burchell (drums) and Wayne Nelson (bass) and “Farnham Family” regulars in Brett Garsed (guitar) and David Hirschfelder (keyboards). The promo video was shot on the Gold Coast (Qld) in front of the Miami Ice Factory, in years to come this sign would have set tongues wagging, and also poolside with legendary Hollywood lounge lizard George Hamilton, with whom John shared a chilled poolside tipple, the lyrics were slyly risqué and Farnham was in good voice.

As John Farnham’s fortunes continued to improve, those of his friend and manager Glenn Wheatley however were about to seriously deteriorate; the rot started in 1988 when Wheatley acquired a property on the corner of Flinders Lane and Russell St (Melb, below) for $4 million and set aside a budget of $2 million to refurbish what was to become the high end Ivy Nightclub, named after one of Wheatley’s favorite L.A. restaurants.

The property was just a few city blocks away from the site of the Backstage Restaurant in which John Farnham and Colleen Hewitt had lost a million dollars back in the 1970’s, it seemed that history might just be about to repeat itself. 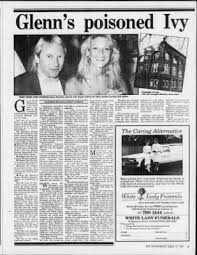 Interest rates gradually crept up to 20%, the refurbishment budget blew out by another four million dollars, Wheatley borrowed $300,000 from Farnham but the project was rapidly heading south. It became a financial fiasco, Wheatley lost his Toorak home and other assets in a fire sale to pay creditors, The Ivy was sold for $2 million after Wheatley had invested $12 million in what became a memorable financial white elephant. The Farnhams and Wheatleys were also surprised when they headed north to holiday at their adjoining condos at Christopher Skase’s Mirage Resort at Port Douglas (Qld) in 1990 to find the furniture had been stripped from their accommodation and Christopher and Pixie Skase (below) had decamped to Marjorca, leaving the wreckage of their company Quintex behind.