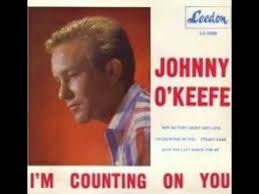 In 1961 when O’Keefe was on the rebound from Liberty Records and trying his luck in New York City  he met Brill Building songwriter Alicia Evelyn (below) of Aaron Schroeder Music, where she played him a piano version of I’m Counting on You. Evelyn had already penned US hits Pepper-Hot Baby for Jaye P Morgan (#14 1955) and would subsequently write I Get the Sweetest Feeling for Jackie Wilson (#34 on 1968), she was a full-time postal office employee who very successfully moonlighted as a songwriter in the Big Apple in the early sixties. 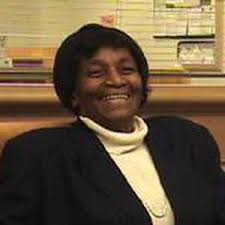 O’Keefe sensed that this song could be a successful ballad for him, following his serious car accident, the rejection of him by Liberty Records, and the bizarre events in London which had resulted in him being committed to a mental institution, the Wild One was contemplating a change of image from the frenetic rocker of his early days, to appeal to a more mature audience, more ballads seemed to be a good option.

The irrepressible Wild One went on to score his third national #1, following his nervous breakdown, with I’m Counting on You, a more restrained and reflective ballad that neatly reflected his current mental state, and it resonated with his fans. A noticeably less confident, cocky, and assured O’Keefe would be soon be fronting his new TV show with Channel 7 – The Johnny O’Keefe Show, a more mature look and sound was obvious. 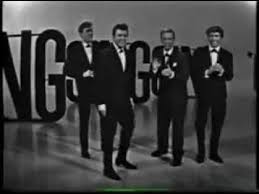 The Wild One had become the Mild One. In 1962 he would be admitted to the psychiatric ward of Sydney’s Royal Prince Albert Hospital where he would stay for two months and undergo electro-convulsive shock therapy, the cure de jour for numerous psychiatric conditions, at the time. 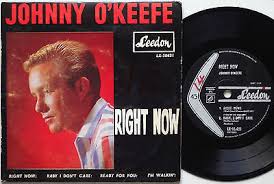 Right Now was the flipside to Counting on You and it was a solid rocker making the record a double-A side smash hit in August ’61. Right Now had been originally released by Jackie Wilson in 1958 and was one of several hits written by Randy Starr (below right) – Kissin Cousins (Elvis Presley) and Dick Wolf (below left) – Itsy Bitsy Tennie Weenie Yellow Polka Dot Bikini (Brian Hyland). 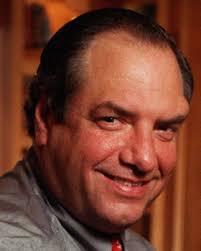 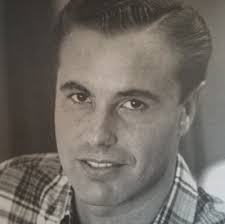 The record became JOK’s third national #1, it was a reminder that JO’K could still perform gutsy, reckless, hard rocking songs, his trilling/growling of the letter “r” was right on the money, and with great backing harmonies, it became the #7th best-selling record of the year

Sing (And Tell the Blues So Long) backed with To Love went to #6 nationally in February ’62 and was the new name of JO’K’s weekly TV show on the Seven network at the time. O’Keefe was now using more complex orchestral backing on his songs as he gradually segued from a young rock act to a more mature and sophisticated performer who was required to anchor his own national TV show. 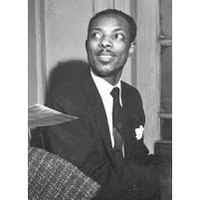 Co-composer Sid Wyche (above) had previously written Big Hunk O’Love for Elvis Presley in 1956 and fellow composer Al Kascha become something of a disaster epic tunesmith writing both We May Never Love Again (for the movie Towering Inferno) and The Morning After (for the movie the Poseidon Adventure) for Maureen McGovern.

The Wild One continued his remarkable comeback from ill health in 1961 to follow up Sing with Yes Indeed I Do (#38) and the ballad I Thank You, which went to #24 nationally. This was another hit written by Brill Building tunesmith Alicia Evelyn for Johnny, it was a more contemplative song and O’Keefe gave one of his more nuanced vocal interpretations.