David Tickle would produce the band’s sixth album, alternatively known as Waita (which means “celebratory song” in Maori) or Corroboree, it’s development was rushed as the band was still promoting True Colours and subsequent singles lifted from that album – Shark Attack, I Hope I Never and Poor Boy, fared poorly, with only I Hope I Never climbing to #18 in Australia.The vibe in the sessions was poor, Tim accused Tickle of favoring Neil’s songs over his and Tickle responded by plainly stating that Neil responded well to his creative suggestions and unlike Tim he didn’t interfere in the overdubbing process. Eddie Rayner felt that Tickle had become arrogant and full of his own self-importance and so he  played cruel pranks on him, the good – natured days of Enz camaraderie, which usually manifested itself in nothing more sinister than water pistol fights and paper airplane skirmishes, had become darker and more strained, Tim sacked drummer Malcolm Green (below) because of “musical differences” before the album was released, the end of the Enz was looming.

Waita/Corroboree seemed like True Colours revisited, but Neil’s exemplary songwriting was again to the fore with the twin success of the quietly addictive One Step Ahead and the up tempo new wave of History Never Repeats , the album would benefit from the residual goodwill still flowing from True Colours and duly sat atop the Aust. and NZ charts in April 1981.

One Step Ahead, may have been a provocative dig by Neil at his songwriting brother, but musically it had an unusual lyrical structure and lacked a definable chorus, parts of the which were embedded in the verses throughout the song. It was also a more sombre piece than other tracks on Waita having been inspired by the Beatles Glass Onion, a track from the Fab Four’s Double White album. 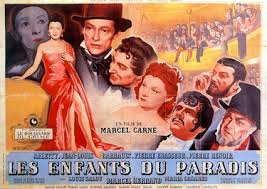 The video clip for One Step Ahead has keyboardist Eddie Rayner performing “Marche sur place”, a pantomime illusion walk created by Decroux and Barrault as seen in the 1945 French film Children of Paradise, and would be the technique on which Michael Jackson would base his ”moonwalk”, the song charted #5 in Aust and top ten in NZ.

History Never Repeats was more catchy, new wave rock from the Enz, with a song that revolved around the expression, often attributed to Mark Twain, “that history never repeats itself, but it often rhymes”. The title is therefore ironic or an incomplete version of the remark that history should teach us to prepare for the future, and the lyrics suggest that we often fail to learn from past mistakes in human relationships  “ There was a girl I used to know/ She dealt my love a savage blow/ I was so young, too blind to see/ But anyway that’s history.” .

The promo clip featured Neil singing the song in bed, then fronting the band wearing Buddy Holly-style glasses and singing to a TV screen on which Tim appears in clown makeup, the band bounces around on coloured balls and Noel Crombie plays a military snare drum as the video fades out. It charted #4 locally and #5 in NZ when lifted off the Waita album, and despite the fact that Neil Finn’s pop sensibility was producing chart success for the band, and they had emerged as a more commercially accessible group without their previous eccentricities and arty pretensions, internally the band was falling apart.