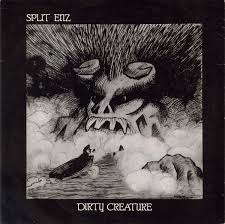 By the time the band assembled in Sydney with producer Hugh Padgham (below with David Bowie), the inventor of the gated reverb drum sound synonymous with the hits of Phil Collins in the 80’s, to record their seventh album Time and Tide, they were fractious, restless, and disunited. 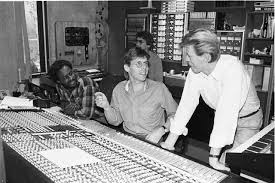 Tim was distracted by the success of his single Fraction Too Much Fraction and his debut album Escapade, and he frequently experienced panic attacks, following the breakdown of his marriage to Liz Malam, and his continued substance abuse. He was clubbing and partying with his new-found A-list friends – Ricky Fataar (below) and his supermodel wife Penelope Tree, and their clique of superstar friends including, George Harrison, Bill Wyman, German filmmaker Werner Herzog, actor Anthony Perkins, and Python Eric Idle, who were house guests at Fataar’s Sydney home. 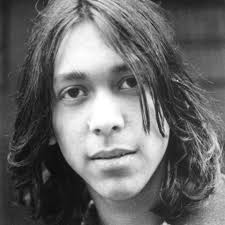 Neil on the other hand was about to marry Sharon Johnson in February 1982, their son Liam Mullane would arrive the following year, but the brothers were still able to write hit songs, Tim’s renewed creative spirit was evident in the two hit songs from the album – Dirty Creature and Six Months In a Leaky Boat. 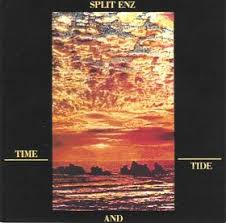 Dirty Creature was a cathartic experience for Tim, something he had to write to help overcome crippling panic attacks which were plaguing him at the time, the writing of the song gave him back control over this clinical condition, “Dirty Creature come my way/ from the bottom of a big black lake/ Shuffles up to my window/ making sure I’m awake/ S’probably gonna pick my brain/ Got me in a vice-like grip/He said one slip, your dead. Ha,ha. The song was a hit on both sides of the Tasman, climbing to #3 in NZ and #6 locally.

Six months later they followed up with Tim’s Six Months In A Leaky Boat, which proved to be one of Split Enz’s most enduring songs and charted #7 in NZ and Canada and #2 in Aust and was the 18th biggest-selling record of the year here. The inspiration for the song was the metaphorical link between a leaking boat and the mental issues that Tim Finn was dealing with at the time and the relentless grind of touring, writing, and performing to realise his dreams of success. 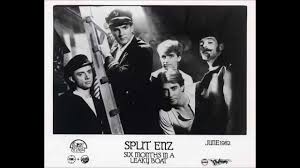 Composed by Tim on the piano it is a well-crafted song with an engaging melody, intensely personal lyrics about life as a voyage of endurance and the sweet nostalgia of living through tough times with the support of family and friends. Geoffrey Blainey’s concept of “the tyranny of distance” is also invoked which may equally refer to the distance between New Zealand and the rest of the world and the journey to be traveled to not only succeed but to be “lucky enough to stay afloat”. The video opens with a boat tossed on stormy seas accompanied by a beautifully orchestrated intro with swirling synths, Captain Tim walks the deck as the crew, dressed in nautical gear gathers below decks,  piano accordian and flute invoke the mood of a sea shanty as the band members commence a jaunty impromptu jig, Maori artists perform a traditional poi dance, and the outro fades through a long piano coda, as Neil steers the ship into calmer waters, there were so many metaphors here for the intersecting lives of the brothers Finn.

The release of the record coincided with the Falklands War and the BBC deemed the song to be potentially damaging to national morale and slapped a ban on it in the UK, as they also did with Julie Covington’s Don’t Cry For Me Argentina, and Kate Bush’s Army Dreamers. The album Time and Tide was again a #1 hit in both Aust and NZ, and the Canadians continued their love affair with the Enz and pushed the album to #4 there. 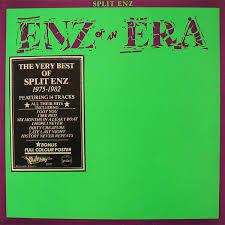 The band’s next album, Enz Of An Era,  was a greatest hits compilation and charted #8 locally, the penultimate studio album from the band was 1983’s Conflicting Emotions which was disappointing, except for Neil’s ode to his wife Sharon, then expecting their first child, Message to My Girl was  honest and  heartfelt, an emotionally naked valentine from a man who had carefully concealed his inner feelings in earlier songs.

The album was also notable for the use of drum machines and drum programming for the first time, Tim upset Noel Crombie when he replaced him on drums with his buddy Ricky Fataar, Crombie retreated to his former multi-tasking role as designer, videographer, and occasional percussionist, and Paul Hester was recruited as drummer, but the band was falling apart. 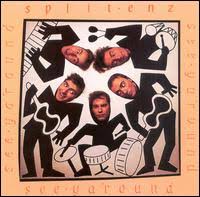 1984’s See Ya Round, an EP that was stretched into an album, was made with minimal input from Tim Finn who was now focused on his solo career and next album Big Canoe, and had become seriously smitten with actress Greta Sccachi (together below). Tim had relinquished artistic control to Neil as the band commenced the final lap of their musical journey, but Neil too was charting a new direction; tired of the stifling creative democracy within the band, and eager to control his own destiny, he would soon wind up the Enz, form Crowded House, and storm global charts over the next decade.