Fleetwood Mac – Go Your Own Way and Dreams and Sara

Fleetwood Mac’s mega-selling 1977 album Rumours defined much of the soft rock sound of that decade, as the famously schismatic group began to implode and marriages and relationships were trashed as band members distilled their grief and heartbreak into an outpouring of memorable songs that sent the Rumours album soaring to sales of over 40 million.

A band that was torn apart by internal infidelity, painful personal splits and recriminations, survived only because they always put the music first and translated their bruised and broken emotions into painfully raw, beautiful pop songs for the amusement of the masses. Lead guitarist Lindsay Buckingham wrote Go Your Own Way as a direct rebuke to his long-time girlfriend Stevie Nicks who was leaving him for Don Henley, and he pulled no punches “ Packing up, shacking up is all you wanna do,” concluding that he was better off without her.

Nicks strongly objected to this line and asked Buckingham to remove it (both seen below in happier times), claiming she had been faithful to him throughout their relationship, but he refused. She responded with the song Dreams, a direct message to Buckingham, wherein she is just as biting, telling him what will happen when she goes her own way “Listen carefully to the sound/ Of your loneliness/ Like a heartbeat drives you mad/ In the stillness of remembering what you had.”

Stevie Nicks was the coked-up fairy princess of the band when she wrote Sara in 1979, she had used the pseudonym Sara Anderson when she attended the Betty Ford Clinic to kick her cocaine habit but that was in 1986, seven years after she wrote Sara for the band’s album Tusk.  But it was another Sara who would inspire Nicks to write this song, as her affair with the Eagles Don Henley in 1977 resulted in her having an abortion, and at least in parts of this song, Sara is the name given to her unborn child “And it was just like a great dark wind/ Within the wings of a storm.”

A year later she was having an affair with Mick Fleetwood, the band’s leader and drummer, who was married to Jennifer Boyd, while he was simultaneously conducting a second affair with Stevie’s best friend Sara Recor (seen above with Nicks) whom he would marry, and this Sara is also partly the inspiration for the song as well – other band members husband and wife Christine and John McVie had already divorced in 1976, so Fleetwood Mac were nothing if not a very fluid entity at this time.

Young lovers Erin Everly and William Bailey met in a flurry of passion in 1986 and embarked on a tumultuous relationship that would threaten to destroy them both. He was better known as Axl Rose, enigmatic front man for Los Angeles rock group Guns N’ Roses and she was an actress who just happened to be the daughter of rock royalty, Don Everly (on the right with brother Phil below). 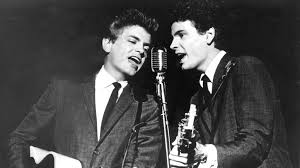 She attended a Gunners show in Hollywood and Axl was infatuated by the doe-eyed beauty, penning a poem to her that would later become the lyrical basis for the band’s biggest hit. After guitarist Saul “Slash” Hudson played the introductory riff at a jam session, and rhythm guitarist Jeffrey “Izzie Stradlin” Isbell,  joined in, Rose was so taken by the hook he wasted no time in applying it to his ode to Erin. Although he did run out of words, which is why the song ends with Rose repeating “where do we go now, where do we go now…” it became the smash hit Sweet Child O’ Mine (1988), and Erin featured in the promo video. Certainly the lyrics were reflective of a man completely infatuated by his muse “ She’s got eyes of the bluest skies/ I hate to look into those eyes and see an ounce  of pain”, and her hair did remind him of a warm safe place where as a child he’d hide –  now that’s some hair.

But behind the scenes this was a fiery union heading for meltdown. Rose was a troubled youth and violent and controlling towards Erin, she moved out in 1990 and Rose came after her, gun in hand offering the ultimatum “Marry me or I’ll shoot myself.” They wed in Las Vegas in 1991 but it was annulled a year later, Erin sued Rose for abuse in 1994 and the matter was settled out of court.

This one couldn’t be more obvious given the title, Oh Sherrie. Steve Perry penned this tribute to the woman he loved at the time, Sherrie Swafford (above), his partner for several years who also appears in the music video. Unfortunately for Perry, the pressure of his touring schedule as lead singer for the band Journey, derailed their wedding plans and in 1985 the couple split. 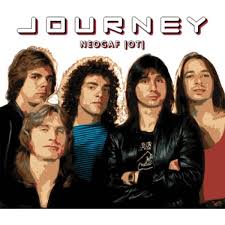 This song and the hits of Journey were revived when included in the stage musical Rock of Ages, interestingly Steve Perry and Sherrie Swafford have both remained single, she is a celebrity yoga teacher in Los Angeles.

Dolly Parton – I Will Always Love You

At 21 years of age, Dolly Parton was discovered by country singer Porter Wagoner (below with Dolly) and he offered her a permanent spot on his TV show in 1967. This led to a burgeoning career for Parton, during which she performed multiple duets with Wagoner and forged a meaningful working relationship. 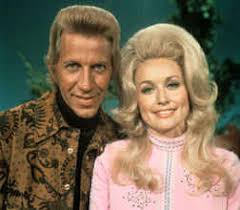 After seven years, Parton decided to spread her wings and embark on a solo career, much to Wagoner’s dismay. It was hard for them to part ways given all the history and the strong musical relationship they built over the years. Wagoner was vehemently against her going solo, so in order to get him to understand, Parton decided to dedicate a song to him expressing her unwavering appreciation and platonic love.

The song was I Will Always Love You, which was a hit for Dolly in 1973 and an even bigger hit for Whitney Houston in 1992. Wagoner still sued Parton for $3 million for breach of contract in the 70’s, but they settled out of court for a lesser sum, and had reconciled by the time Wagoner passed away in 2007.

Marianne Faithful was an iconic figure of Britain’s Swinging 60’s, her beauty and  whisperly demure songs resonated with fans and she attracted headlines as Mick Jagger’s girlfriend; although she had already slept with Jagger’s band mates Keith Richards and Bran Jones, and had married and separated from artist John Dunbar, with whom she had a child, and all by the age of 19. She also attracted the attention of Graham Nash and Allan Clarke, members of the Manchester group the Hollies, and Clarke (centre of line below) had a brief fling with her. 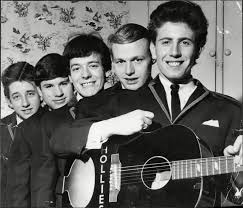 In 1967 the band released the Nash/Clarke/Hicks song Carrie Anne, which was inspired by Marianne Faithful, but the lads claimed they were too shy to use her real name in the title. Faithful would endure harrowing years as a drug-addicted homeless person until her 1979 album Broken English brought her back to the charts. In this video Graham Nash had moved on to join Crosby, Stills and Nash, and his replacement Terry Sylvester appears.