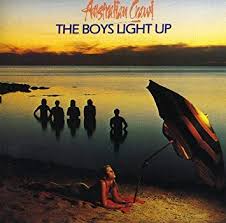 Australia Crawl emerged as the archetypal Aussie band, five sun-bronzed surfers from Melbourne’s Mornington Peninsula, nurtured within comfortable middle -class lifestyles possessing none of the angst and anger of the punks.

The original band members came from various local groups but primarily a peninsula band known initially as Spiff Rouche, which phonetically indicated their recreational drug of choice, and then Clutch Cargo, named after a square-jawed adventurer who starred in an early 60’s TV cartoon series of that name.

The band conveyed a certain cocky, insightful arrogance which endeared them to their fans as they peered into the lifestyles and social peccadilloes of the very bourgeois classes from which they had sprung. They played up the sarcasm, droll witticisms, and self-effacing humor over a catchy back beat which stamped them as a pub rock band who played engagingly within their limits.

James Reyne was the focus of attention, a handsome and charismatic front man with a Kirk Douglas dimple, who wrote original songs, and sang with an idiosyncratic vocal accent that slewed around sharp guitar riffs in such a way that this song title sounded like “Byoo…tiffle Pipple”. The lyrics critique the shallow materialism of residents of the moneyed Melbourne suburb of Toorak, and Reyne wittily points out “The garden’s full of furniture / The house is full of plants,” and  also name checks a popular club of the time “Going out tonight to get their Bombay rocks off,” a nod to Bombay Rock, a night club in the Melbourne suburb of Brunswick.

It was the first single lifted off the band’s debut album, The Boys Light Up, and for boys from well-to-do homes they lost no time in continuing to skewer the middle class morality of their own classes, fascinated with conspicuous consumption and its vacuous pleasures “ Robert Palmer T-shirts…$200 pushbikes (OK this was 1980) …art deco sonic boom…cocaine cough…People just want to break you down, /They just want to take you down.”

Pre-publicity for the record was also of interest as the ABC produced a mini-documentary which followed the band through the whole creative process right up to the record’s debut performance on Countdown, with both of Reyne’s arms in plaster casts after he was involved in an accident in Swanston St.(Melb). Beautiful People was a perky slice of pub rock/pop, guitar, drums, and several brief guitar solos from Simon Binks kept things moving along, but it would be James Reyne’s clipped vocal style and mouth-full-of- marbles articulation that would draw attention and create the concept of mondegreens, mishearing song lyrics, that would go into overdrive and persist throughout the band’s life. The song charted at #22 for a national breakout hit for the group, while the debut album was storming the charts.

The Boy’s Light Up was the raunchier second single lifted off the album and it was a potent track which was briefly banned by some radio stations, the song begins with a taunting harmonica riff from James Reyne, then the reggae cadence of the song kicks in, interspersed with several brief guitar solos by Simon Binks. The title of the song has been widely misinterpreted, as Reyne has explained “I think suburban audiences thought it was about dope smoking,” says Reyne, but he clarifies that it is inspired by more conventional tobacco cigarettes. “When we were in fourth form, they used to make us go to dancing class with our sister school…We used to sit outside and have a cigarette ‘cos it was so tough,” says Reyne, before chiding himself that it was “stupid and childish.”  The Boys Light Up evolved into a scathing tale of sin, infidelity, and ambition: “Want to tell you ‘bout my mountain home [i.e. Mount Eliza]/  Where all the ladies names are Joan/ Where husbands work back late at night/ Hopes are up for trousers down/ With the hostess on a business flight,”… and then he piles on the ribald commentary, “ Later at the party, where all the M.P.s [Members of Parliament] rave / ‘Bout the hummers (having sex with attractive females) she’s been giving / And the money that they save / To her it is skin lotion / For him [her husband] promotion to / That flat in Surfer’s Paradise with the ocean view.”  James Reyne says, The Boys Light Up was probably a well-written pop song…It’s about fellatio, but…it was also about the sort of burgeoning…new middle class…”

Reyne added further to the confusion over his mondegreens when he rhymed the word “corseted” with the neologism (not a real word) “dorseted”, after the Dorset Hotel in Croydon (Melb) where the band regularly performed. The song charted at #22 and became a live performance favorite, the album was also gathering pace and heading into the national top 10. In later years guitarist Simon Binks (above) would claim that he had contributed to the composition of this song but never received a writing credit nor a share of royalties for doing so, Binks and Reyne’s friendship would ultimately end in acrimonious circumstances, after the band broke up.

The most commercially successful song lifted from the album was the forlorn semi-ballad Downhearted, which exemplified the finely crafted, accessible pop the band could deliver, as well as the diversity of songwriting skills that existed among its members. Without a contribution from James Reyne three others collaborated on this reflective lover’s lament, Bill McDonough who was the band’s drummer, and his brother Guy McDonough (below) and Sean Hiiggins, former bandmates of Bill with the Flatheads, Guy was not yet a member of the band, but would subsequently join the Crawl in 1980. Reyne’s vocals were effective here, he was not a showy or demonstrative front man and this persona worked well with this strong yet sensitive ballad which was the third single lifted from the Boys Light Up album and charted at #12 in July 1980, and name checked some of the boys favourite overseas surfing spots at “ I left my heart back in the O-ri-ent/ Down in Bali bays”. The promo clip sees the band playing in a sleazy private dancer club as bored Asian girls prop up drunken white guys shuffling around the dance floor, the band  are  dressed in cheesy ruffled shirts, bow ties, and striped jackets as they disconsolately perform their gig, it was unusual, maybe Magda Szubanski appears at 2.00 and 2.59 as a club guest. 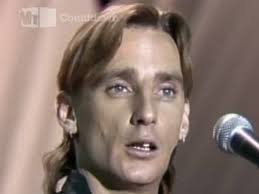 Hootchie Gucci Fiorucci Mama also featured on the Boys Light Up album and is a piano -based social satire on the vacuous lives of the carefully coiffured, private-school-educated, pampered young ladies who shop and do lunch along Toorak Road, (South Yarra) in Melbourne “I’ve seen your peers pouting over beers/ The loneliness it showed/Mistaking tacky shit for sensuality/ They bought in Toorak Road”. Co-written by Reyne when he was seventeen with producer David Briggs it has fallen from favor with him over time, and he has been critical of the lyrics for being too try-hard and his piano playing as amateurish, the critics too have been equally critical describing the lyrics as “preachy”, “Every day I see you wearing things that have never been worn before / While the children at the government schools give money for the poor.” But there is a timelessly engaging naïve quality to the music and lyrics and a foretaste of the creative skills of James Reyne as the sarcasm drips from the chorus  “..so it’s back beach for the summer, chalet for the snow, hootchie Gucci, Fiorucci mama, you got really no place to go….”. The mondegreens for which Reyne became identifiable in the future were not so obvious here, and in the simple promo clip he projected a luminous youthfulness, an impressive mullet and displayed convincing vocals. Their debut album The Boys Light Up was incredibly successful, charted at #4 and stayed on the national charts for 101 weeks, sold over 280,000 copies and yielded three bona fide hits, lyrically it was very clever, and musically it was charming and relatable.