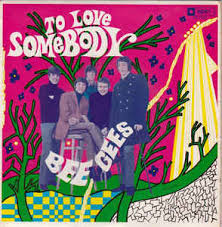 Ex-pat Aussie drummer Colin Petersen and former Aztec guitarist Vince Melouney were recruited to complete the Bee Gees formation, and in July 1967 they went into the IBC Studios in London to record their first international album, the Bee Gees 1st, with producers Robert Stigwood and Ossie Byrne, the latter had produced their first hit Spicks and Specks at his St.Clair studio in Sydney. 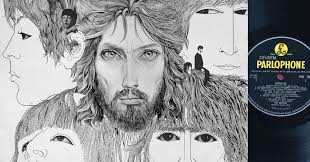 Stigwood was determined that the Bee Gees should sound as British and as much like the Beatles as possible, to capitalize on the fervor with which UK acts were being received around the world, and particularly in the US at the time. The brothers duly emphasized their British accents, Stigwood hired Klaus Voorman (above, his face superimposed on the Beatles album cover he designed) who had designed the Beatles Revolver cover, to provide the cover art for Bee Gee 1st., (below)and in a master- stroke issued the first single off the album, New York Mining Disaster 1941, to radio stations without revealing the identity of the band – artfully deceiving the DJs into thinking that the song was from the Beatles, without misrepresenting its actual provenance. The term Bee Gees was being described as code for “Beatles Group’ so closely had the Bee Gees reproduced the sound of the Fab Four, as George Harrison would gently chide Maurice about at a London party, at the time. 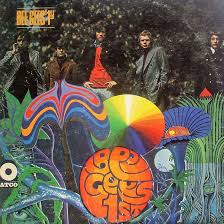 Robert Stigwood (below) was both revered and reviled within the bitchy, and at times violent, UK pop music industry, occasionally he crossed the line and incurred the wrath of others. He was less than masterly in his attempts to prise the Small Faces away from their hard-as-nails manager Don Arden, Sharon Osborne’s father, who had his henchmen hang “Stiggy” out of a fourth story window by his ankles, until he foreswore his interest in the act. Keith Richards of the Rolling Stones also disliked Stigwood, who had failed to pay the band for a tour they had completed, Richards cornered “Stiggy” on the stairs at the Scotch of St. James Club in Soho and delivered several well-aimed knees to the groin of his debtor, roughly equivalent to the amount owed to the Stones. 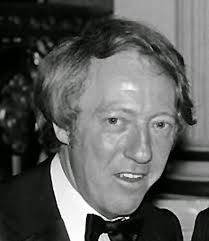 When the Bee Gees signed on with Robert Stigwood, he became both their manager and their employer, which was an unusual arrangement given that record companies would normally execute contracts with the “talent” for an agreed number of years or a specified number of albums. Stigwood also insisted that he be included as producer on all Bee Gees records, even though his technical expertise was limited and being rapidly outstripped by the brothers, particularly Barry and Maurice, who quickly became artful appropriators of the sounds and recording techniques that emerging technology permitted. Stigwood’s dual role as manager/employer would ultimately finish up in court when the brothers contested their share of income and royalties due to them in the early 1980’s and lead to the dissolution of their business relationship.

New York Mining Disaster 1941 was the Bee Gees breakthrough hit, the ambience, phrasing and musical structure of the song created a sombre and melancholy aura around the group which was reinforced by the second single released off this album – To Love Somebody. The impeccable Everly Brothers-style vocal harmonies that would characterize their many hits, was evident on their album Bee Gees 1st and especially so on the sublimely soulful baroque pop of To Love Somebody. Barry performed lead vocals and the arrangement and lush orchestration by Bill Shepherd (below) was right on the money, the exquisite use of strings – violin, harp, cello – as well as brass, and percussion, lent a stately elegance to the song and it became an instant standard. It is generally regarded as the best of the Bee Gees “pocket symphonies” from this era, closely followed by Words and I Started a Joke.

The song was originally written with the band’s manager Robert Stigwood in mind as he had asked Barry Gibb to write a song for him, and although Stigwood was an influential member of London’s gay showbiz establishment, known as the Pink Mafia, Barry Gibb has denied that there were any homoerotic undertones to the song, rather it was a tribute to a person that he greatly respected. Barry has stated that To Love Somebody was his favorite Bee Gees song as it “had a clear emotional message”, a knowing observation by the leader of a group which has been criticized for writing lyrics that were abstract and indirect, shying away from telling their specific stories and sharing their life’s experiences. The brothers’ personal lives were definitely evolving at this time, Barry’s marriage to Australian girl Maureen Bates in 1966 was about to end after he met Linda Gray, a former Miss Edinburgh, who was a hostess on Jimmy Saville’s Top of The Pops, reputedly they had cuddled in the Tardis, and got married in 1970. Maurice was dating Lulu (real name Marie McDonald McLaughlin Lawrie) and Robin had taken up with Robert Stigwood’s secretary Molly Hullis, both twins would subsequently marry their partners, but ultimately both marriages ended in divorce, Barry’s second marriage, however was a long-term success.

The song was written while the brothers were in New York, and recorded at the IBC Studio in Portland Place, London, in March 1967, on four-track recording equipment which was augmented by mixing the first four tracks onto one or two tracks on a second tape, leaving tracks open on the second tape so that more instrumental and vocal effects could be added.

The brothers had played a demo of the song to Otis Redding (above) with a view to the great soul man recording it, but sadly he died in a plane crash late in 1967 before he could do so. In his absence however, we are left with the Bee Gees original version of this elegantly tender ballad as well as the definitive soul version of the same song by Nina Simone (below) which charted #5 in the UK, and a more bluesy version by Janis Joplin, Michael Bolton took the song to #11 in the US and others including Leonard Cohen have also covered this song, searching for the DNA in its musical nooks and crannies. 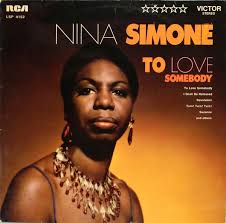 The evocative To Love Somebody became an enduring and much-covered ballad which hit the charts internationally – #6 in Australia, #17 in the US and #40 in the UK. The promo clip is a straightforward miming of the song for a European TV show, only the three brothers appear, even though both Vince Melouney and Colin Petersen had joined the band at this time. 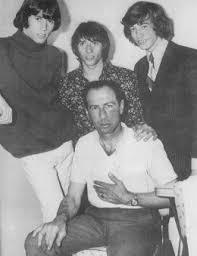 Ossie Byrne (above with the brothers) would not work with the Bee Gees again after the Bee Gees 1st album was completed, once the band relocated to the IBC Studios in London, it became clear that Byrne was out of his depth, and his lack of technical skills meant that he was increasingly reliant on the skills of the recording engineers around him to produce the album. The Gibbs quickly acquired studio skills themselves, so Ossie’s casual, laissez-faire style of recording, and his party trick of popping out his glass eye, soon become less relevant for a highly focused alpha male like Barry Gibb, who sent him on his way, back to Sydney.

The Bee Gees had definitely arrived with their debut international hit album in 1967, which had been released into a market that was rife with quality competition – Sergeant Pepper’s Lonely Hearts Club Band (Beatles), Disraeli Gears (Cream), Are You Experienced (Jimi Hendrix Experience), The Piper At The Gates of Dawn (Pink Floyd), John Wesley Harding (Bob Dylan), Surrealistic Pillow (Jefferson Airplane), The Doors (Doors), to name but a few.

The Bee Gees 1st album was an international hit and attracted favorable reviews, charting #10 in Aust, #8 in UK, #7 USA and top ten in France, West Germany and Norway; they would soon launch themselves on the giant US market and their next single, Massachusetts, would confirm their popularity there. In 1967 the Bee Gees output was prodigious, they released no less than four international hit records in the seven months between May – December 1967 – New York Mining Disaster 1941, To Love Somebody, Massachusetts, and World, at this time Barry was 21 years old and the twins only 18. 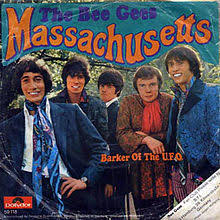