Kick had literally punted the band into the hyperspace of fame, they would tour the world and perform in front of over 200,000 fans at Rock in Rio (twice), headline major tours of Germany, Canada, Spain, Mexico, USA, and snort and fornicate their way around the world twice, it was exhausting being famous rock stars.

Michael was enjoying himself, when he was wearing a snappy suit and pocket kerchief he would be transformed into his alter ego “Fabien Sparkle” (above), and alarmingly for manager Chris Murphy, he was looking for other ways to express himself musically. Max Q, a collaboration between Michael and Melbourne punkster Ollie Olsen (below) resulted in one album and several singles, much to the surprise of Andrew Farriss, who first heard the songs on the radio, Michael’s close INXS musical collaborator was bemused, to say the least. 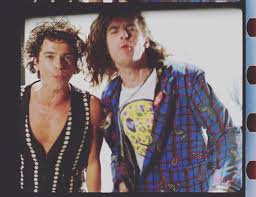 Tim and Jon Farriss took time out for treatment of the hereditary medical condition they shared, exotoses, a disease of the bones and joints which results in bone spurs, and accumulation of fluid which has to be drained and was a very painful and disabling condition for the brothers. The band’s seventh studio album X, again produced by Chris Thomas, returned INXS to the charts and yielded the hit singles Disappear, Bitter Tears and Suicide Blonde, the title for the latter being derived from the phrase which describes a woman who colors her hair blonde as “dyeing” from her own hand.

At the time Hutchence girlfriend was Kylie Minogue, and he was famously said to be “corrupting Kylie” given her wholesome Neighbours girl-next-door image and previous relationship with the equally wholesome Jason Donovan. Their appearance at the Sydney premiere of Minogue’s film the Delinquents was notable for the transformation of Minogue who was wearing a noughts-and-crosses micro-mini and sporting cropped blonde hair, the shade which she memorably described as “suicide blonde”. The couple also became famous for allegedly joining the “mile high” club under a blanket on a Qantas flight between London and Sydney, which was apparently observed by a nearby traveler in First Class – Australian Prime Minister Bob Hawke. 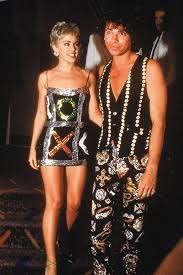 Musically Suicide Blonde was a full-tilt assault and memorable for the guest harmonica contribution of blues legend Charlie Musselwhite (below), who imparted a delta boogie sensibility to the song, and complemented the jangly guitar and saxophone flourishes of Kirk Pengilly to deliver one of the group’s best songs.

X was the third consecutive #1 album for INXS in Australia and Suicide Blonde charted #3 in Aust, #9 USA and #11 in the UK, and was the last song that Michael Hutchence would perform live before his death, when the band headlined a concert in Burgettstown, Pennsylvania, on Sept. 27, 1997.

The second single lifted off the X album, Disappear, was a joint composition by Hutchence and drummer Jon Farris which they wrote when they were living in Hong Kong in 1989.The approach here was to keep it simple stupid (KISS), musically it was unadorned pop-rock with a prominent bass/drums intro, catchy hooks, an insistent backbeat and sing-along chorus “You’re so fine/ lose my mind/ And the world seems to disappear, All the problems and the fears/ And the world seems to disappear.” The tempo and volume ebbs on the verses and rises to the more emphatic choruses, a sustained falsetto from Hutchence was perfect, the promo video was similarly straightforward, shot in monochrome, Hutchence in white T-shirt and jeans, the band members coming in and out of view during the shoot. 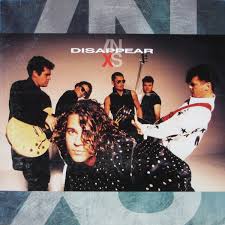 Disappear was another hit for the band, #8 USA, #9 Canada, #21 UK and #23 locally but this was their last top ten hit in the USA, and in Australia they would continue to chart top ten hits more infrequently out to 2005 (Pretty Vegas #8).

Despite unrelenting condemnation of the band by the UK tabloid critics, INXS enjoyed both chart success there with albums (Kick #9, X #2, and Welcome to Wherever You Are #1), and they consistently played to packed houses in the UK at the Hammersmith Odeon (3,700), the Brixton Academy (5,000), culminating in their headlining show-stopping performance in July 1991 in front of 72,000 fans at Wembley Stadium, the only other Aussie band to do so at this venue was AC/DC.

Chris Murphy had shelled out $250,000 of the band funds to record the Wembley Concert which was a calculated gamble but both the live album, produced/edited by Mark Opitz, and the DVD of the performance, Live Baby Live, were international gold standard hits.