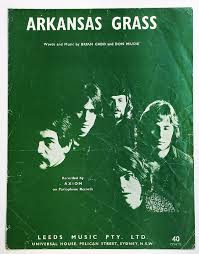 Axiom was formed in Melbourne in 1969 by Brian Cadd and Don Mudie, both former members of one of Melbourne’s leading bands, The Groop, who had begun their career as the Jackson Kings. Cadd (above left with Shorrock), became a prominent figure in the local music industry after he relocated from Perth to Melbourne in the early 1960’s, he was a gifted keyboard player, singer, and songwriter who had co-written hit songs for the Groop including Woman You’re Breaking Me with Richard Wright, and Such A Lovely Way with Don Mudie. Cadd also composed hits for others, Elevator Driver (Masters Apprentices), Don’t You Know It’s Magic (Johnny Farnham), When I Was Six Years Old (Ronnie Burns), and he and Don Mudie had worked as session players on such landmark local records as Russell Morris’s The Real Thing and the follow-up, Part Three Into Paper Walls. Axiom were fairly hailed as Australia’s first “supergroup”, although this was a label that the band never sought, left to right below – Don Mudie, Don Lebler, Glenn Shorrock, Brian Cadd, and Chris Stockley. 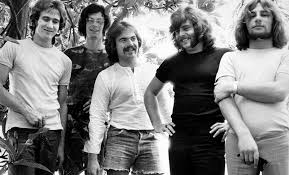 After Cadd (keyboard, vocals) and Mudie (bass, vocals) had defected from the Groop,  they recruited lead singer Glenn Shorrock, formerly of the Twilights and then currently working in band management, Doug Lavery (drums, ex-Valentines, replaced by Lebler after a few months), and Chris Stockley (guitar, ex-Cam-Pact), strenuous efforts to recruit Terry Britten failed, as the guitar maestro was headed back to the UK to purse his career there.

Axiom signed to Ron Tudor’s Fable Records in 1969, a label that had been founded to capitalise on the Great Australian Radio Ban of 1970,  which arose because of a “pay-for-play” dispute between radio stations and record companies, which  effectively banned airplay of records imported from the UK, as well as local records that weren’t released by Fable, or some of the other opportunist labels that had mushroomed at the time, who were not prepared to comply with the ban, these included, along with Fable – Sparmac, Image, Chart and Du Monde. Axiom were highly focused on developing their own original material, but they did not consider themselves to be a pop group. Cadd and others had moved on from the psychedelic rock and pop of the mid-60’s and while they had long been fans of soul and R&B music, they knew that radio stations were less enthusiastic about that genre, and only a gifted and dogged blue-eyed soul performer like Max Merritt and the Meteors, could make a living playing such music here, at least until the 1970’s.

So despite the distinct pop group origins of all of the band members, at this time their strongest musical influence was the emerging country rock genre from the USA,  which was epitomised by the music of The Band and Bob Dylan, and other interpreters who followed in their wake such as Poco, The Flying Burrito Brothers, and the New Riders of the Purple Sage. But it would be the Band’s seminal debut studio album, released in 1968, titled Music From Big Pink, (above) which reflected the distinctive blend of country, rock, folk, classical, R&B, and soul, that would truly inspire Axiom’s songwriters Brian Cadd and Don Mudie, and the rest of their bandmates. Bob Dylan provided the cover art work (above) for the Band’s album, and included six musicians not just the quintet that was The Band, apparently His Bobness had popped himself into the group as well, was he the elephant in the room?

The Band composed their music partly in “Big Pink”, a house (above) shared by Band alumni Rick Danko, Richard Manuel, and Garth Hudson in West Saugerties, New York (USA), which featured distinctive outer weatherboard walls painted pink, Levon Helm, Robbie Robertson, and Bob Dylan would also participate in the creative process there. The album itself would be recorded in studios in New York and Los Angeles in 1968, and followed the band’s backing of Bob Dylan on his 1966 world tour (as the Hawks).

Further collaborations with Dylan and the Band were released as the Basement Tapes in 1975, having been composed in the basement of Big Pink, Dylan himself would release three seminal country rock-influenced albums in the coming years, Blonde On Blonde, John Wesley Harding, and Nashville Skyline, and the Band would follow up Music From Big Pink with another serve of back to basics roots music with  their self-titled album in 1969, and Stage Fright in 1970. 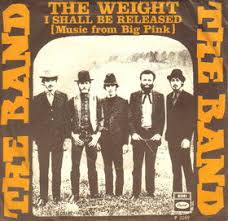 Songs such as The Weight, The Night They Drove Old Dixie Down, Rag Mama Rag, This Wheel’s On Fire and Up On Cripple Creek, became country rock standards, and when Axiom released their first single, Arkansas Grass in 1969, this was the organic, roots-tinged sound, they were aspiring to create. Before commencing public performances, the band retreated to the northern Victorian town of Nathalia, where Don Mudie’s family lived, and they rehearsed in the local football club’s change rooms for two weeks, it was cold and wintery, but this would be their Antipodean version of the Band’s Big Pink. In October 1969 Axiom scored their first top 10 entry with Arkansas Grass, lyrically it was very focused on potential US market exposure, obviously heavily-influenced by the Band and sprinkling references to the American Civil War and using vaguely US accents throughout the song.

Some local DJs, Melbourne’s Stan Rofe (below) in particular, were unhappy about a high- profile local group like Axiom pandering so openly to a foreign market, to the exclusion of Australian place names, history, and culture. The record reflected the evolving production and arranging skills of individual band members, particularly Brian Cadd, with the effective blending of brass, flute and strings to capture the ambience of a song which was a pointed reflection of Vietnam War-era sensibilities, and a genuine coded anti-war protest song.

The monochrome promo clip depicts band members as Confederate soldiers making a ragged retreat from battle, interspersed with shots of the band performing the song, some people interpreted the reference to grass in the song to be about smoking marijuana, probably because at 1.35m in the clip, the boys appear to be sharing a joint.