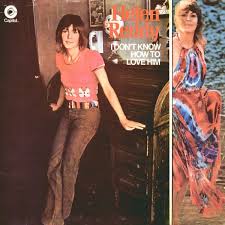 Helen Reddy had left Melbourne to pursue success in the USA in 1966, after winning the Bandstand Starflight International talent quest at the age of 24, with a performance of the Petula Clark song, Strangers and Lovers. She only secured first prize after Bruce Gyngell, one of the judges, broke a 2-2 deadlock and cast his vote for Helen. The prize was a return airfare to New York and the opportunity of a recording contract with Mercury records; with USD$230 in her pocket, and her three-year-old daughter Traci in tow, she boarded a plane in Sydney on Feb 14 for the States, and the beginning of a new career. Below is the YouTube clip of that Bandstand performance by Helen of Strangers and Lovers that clinched the win for her.

Helen was a single-mother who had divorced her first husband musician Ken Weate in 1966, he was fourteen years older than her when they married in 1961, but Weate was an abusive alcoholic, and the couple had separated soon after Traci was born. The year that Helen departed Australia her half-sister Toni Lamond was devastated by the suicide of her husband Frank Sheldon, and Helen had to try to support her grief-stricken sibling from the other side of the world. When Helen arrived in New York she did not have a green card entitling her to work in the US, nor was she offered a recording contract with Mercury, that she had presumed was to be part of her prize.They took her to lunch and told her that they were more interested in groups like the Beatles, not female solo singers, and that she should return to Australia. It would be an understatement to say that the music scene in New York at that time did not show great promise for the homesick Australian, who survived on odd jobs and by singing in strip joints, spaghetti houses and veterans’ hospitals, but she was determined to succeed.

Helen continued to gain exposure on the grueling live club circuit and moved between New York and Chicago with occasional visits to Canada to do club work and renew her visitor’s visa which allowed her to work in the States. While in New York Helen hooked up with Australian journalist Lillian Roxon (above) who became a trusted friend and ally, and magician Martin St. James (below) who would introduce her to Jeff Wald, a young Morris Agency executive who was three years younger than Helen, and would become her second husband and manager in 1966. 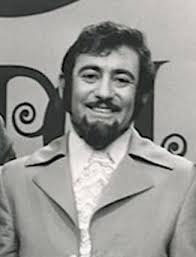 After relocating to Los Angeles in 1968 Helen struggled to find work, and contemplated a career outside entertainment, she enrolled in psychology classes at UCLA, and rediscovered her love of writing. Comedian Flip Wilson, who was a friend and would become an important influence on Reddy’s career, invited her to perform on the Tonight Show, which Wilson was hosting as a fill-in for Johnny Carson. 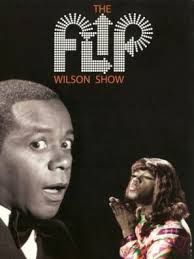 Artie Mogull the A&R man at Capitol Records caught her performance and offered her a one record deal which she quickly accepted, she decided to record the Mac Davis song I Believe In Music after seeing him perform the song on a late-night talk show, it was a catchy, uptempo pop song that suited Helen’s vocal range.

In a 2017 interview with Dale Kawashima, Mac Davis (below) recalled the inspiration for the song came about when he was in England at the home of Maurice Gibb and Lulu who  were married at the time, he met some other partygoers in the kitchen who invited him to join them in a séance, and after he declined, they asked “Don’t you believe in the occult?” he replied “No man, I believe in music,” he picked up one of  Maurice’s guitars and started strumming, nailing the hook before he left the party, and finishing the song in his hotel room that night. It became his signature song and he always closed his shows with it, now Helen had her A-side but needed one more song to complete the record, Mogull suggested a ballad from Jesus Christ Superstar, that he had already offered to Linda Ronstadt, which she had rejected. 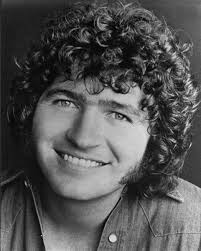 The rock opera was first staged in London in 1970 and had proven to be a revelation for its creators, composer Andrew Lloyd-Weber and lyricist Tim Rice. Since that debut season of the show, it had been continuously staged around the world, with numerous cast versions appearing, and many cover versions of the most popular songs competing for chart honors. The song that Mogull proposed was I Don’t Know How To Love Him,  which Helen was opposed to as the original cast version of the song had already been released and a cover version by Yvonne Elliman,  was going to be released that would provide more  competition for Helen’s version, she also felt that “it was a whiny song structured around a vocally  awkward major sixth musical interval.” (The Woman I Am – Helen Reddy 2005). Ultimately Helen would be forced by Capitol to make I Don’t Know How to Love Him her B-side, but she didn’t know the intriguing provenance of this song and the checkered path it had taken to be fully realized, nor that it would provide the breakthrough hit for her in the USA. 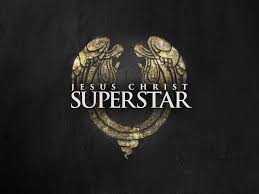 The song had started life as Kansas Morning when written by Lloyd-Weber and Rice in 1967 for Southern Music, but the clunky title and cheesy lyrics weren’t the only problem, the melody was closely compared to a theme from Mendelssohn’s Violin Concerto in E minor, and rumors about possible plagiarism surfaced. Rice purchased the song from Southern Music for £50, did a rewrite of the lyrics, changed the title of the song and Lloyd-Weber adapted the melody to better complement the rock opera’s libretto, and a hit song was born – “I don’t know how to love him/ What to do, how to move him/ I’ve been changed, yes really changed/ In these past few days/ When I’ve seen myself/ I seem like someone else…”

One of the pivotal moments in the show, is the performance of this song, a sultry torch ballad sung by the character Mary Magdalene, about her unrequited love for Jesus, it requires an emotion-charged performance to capture the anguish, uncertainty, awe and passion that she feels for this man.

After recording both songs, Helen knew that the ballad was the superior recording, her nervousness and apprehension at cutting a career-defining record had imbued her vocals with a plaintive quality that rang true. Capitol agreed and her version was released in competition with Yvonne Elliman’s, Helen’s version took out the honors in the USA when it became her first top twenty hit and climbed to #13 above Elliman’s at #28, and in Australia Helen soared to #2 and left Elliman in her wake at #72. The single’s success lead to Helen inking a deal with Capitol to record an album, and in August 1971 the album was released. Predictably it was called I Don’t Know How To Love Him, and featured cover artwork of Helen in a long red dress, standing in a bed of ivy, under a Hollywood freeway underpass just down the street from the Capitol Records building on Vine Street, the album cover must rate as one of the cheapest and least imaginative ever, but Helen seemed to thrive when the odds were stacked against her. The track list also included an original song by Helen and Australian guitarist Ray Burton, formerly of the Sydney group the Executives, it was not released as a single nor played on radio stations at the time, but in 1972 it would emerge as a feminist anthem, and top charts right around the world, it was I Am Woman. 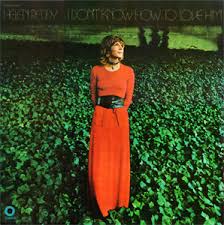