By 1975 Helen Reddy was an international star, she had reigned supreme on the US charts throughout 1973-74 and embarked on a world concert tour in 1975, with Peter Allen as her support act. The United Nations had declared 1975 the Year of the Woman, and I Am Woman had been chosen as their official song. She returned to the States and began a long-term engagement at the Las Vegas MGM Grand Hotel, but her health was failing and she was diagnosed with Addison’s Disease, a rare disorder linked to a malfunction of the adrenal glands. Addisons is incurable, and as it causes a tanned discoloration of the skin, gives the appearance that its sufferers are radiantly healthy, a lifelong course of cortisone injections is required to manage this condition, JFK was an Addisonian, something his family went to great lengths to conceal.

Before the end of 1975 Helen had released her seventh album No Way to Treat a Lady, which received positive reviews and yielded the hit song Ain’t No Way to Treat a Lady, written by Harriet Schock (below) and produced by Joe Wissert at the Hollywood Sound Recorders studio in LA. Lyrically the song is a farewell to an uncaring and self-absorbed lover and was first recorded by its composer Schock, who wrote the first draft of the song on a paper serviette while on a plane and actually leaving the guy in question. It failed to chart for Schock and was subsequently included as an album track by Vicki Carr and then covered by Reddy as a sensitive piano-based ballad, whose sweetly sentimental, easy-listening style took it all the way to #2 in Canada, #8 in the US, #12 in NZ for her last top ten hit internationally.

By this time the Reddy family had moved into the exclusive Brentwood Park suburb of Los Angeles, Jeff Wald was becoming increasingly addicted to cocaine, and his verbal abuse of Helen forced her to threaten to leave him and take their child with her unless he cleaned up his act. 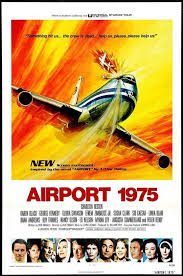 Helen made her movie debut with Airport ’75, in the role of a nun, and followed up with a part in 1977 with Disney’s Pete’s Dragon, working with Mickey Rooney and Shelley Winters, but again in a small role as the lighthouse keeper’s daughter, nevertheless it gave her the opportunity to dance on screen for the first time.

Music, Music was Helen Reddy’s eighth studio album, released in 1976 with a genre-hopping collection of sings including breezy Burt Baccarach (Gladiola, You Make It Easy), bluesy numbers (Get Off Me Baby, Ladychain), light country (Mama), a jazz ballad (Nice To Be Around) and disco/soul (I Can’t Hear You No More).

The lead single was a Brill Building song written by Carole King and Gerry Goffin (below)  in 1964 entitled I Can’t Hear You No More which was recorded by Betty Everett as a follow up to her top ten hit The Shoop Shoop Song, but it failed to impress, and stalled at #66. Lulu quickly covered the song as a follow up to her hit Shout but it too failed to chart top 40. Dusty Springfield covered the song as an album track in 1965, and Carole King herself recorded a version of the song for her debut solo album Writer in 1970.

Producer Joe Wissart felt that I Can’t Hear You No More could be re-invented as a disco dance number, with a slick arrangement, and a session team that included Ray Parker Jnr (guitar), Tom Scott (saxophone), and future Toto founders Jeff Porcaro (drums) and David Paich (keyboards). Helen was reticent but ultimately agreed, and she definitely produced a smarter, cooler song than she had in some time, it became the most successful version of the song, climbing to #29 on US Billboard, and #1 on the Easy Listening charts.

By 1981 Helen and Jeff Wald had separated, his gambling and cocaine addictions had worsened and an acrimonious divorce and bitter and lengthy custody battle loomed. Wald has admitted that at the time he was high 24/7, he also had an uncontrollable temper, in 1980 he was arrested after shoving a gun into the mouth of a picketing hotel employee. Wald had also made good on his threat to disrupt Helen’s career by cutting off her credit cards, bad-mouthing her to industry heavyweights, fabricating stories that she was an abusive mother to their son Jordan, and sabotaging her new album Imagination, resulting in MCA dropping her from their label. Helen subsequently discovered that the house she thought was debt-free was double-mortgaged, bank accounts and her children’s trust funds had been ransacked, and she no longer had a home nor visible means of support. 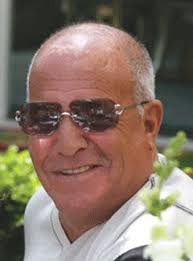 Divorce from Wald (above in 2020) was finalized by 1983, but he wasn’t finished with his ex-wife, and he tried to run down Helen’s then-boyfriend Milton Ruth with his silver Maserati, by 1986 Wald’s addiction almost killed him. An intervention by Ali McGraw, Jane Fonda and others saved Wald, who entered the Betty Ford Clinic and became a recovering addict. Helen married the younger Milton Ruth (below), a drummer in her backing band, in 1983 on the rebound from her divorce, and her third marriage also ended in divorce in 1995.

In recent years Reddy and Wald have reconciled their differences in the interests of their son Jordan, and have met several times, as recently as 2020, when this picture below was taken.

As Helen’s music dropped off the charts in the later 1970s, and movies became less of an option, she began performing cabaret-style concerts in nightclubs, and made numerous television specials and had guest spots on many television series.

Her well-rounded versatility enabled her to return to stage roles in revivals of Call Me Madame and Anything Goes, as well as starring roles in both the West End and Broadway productions of Shirley Valentine and Blood Brothers. She also continued to give live concerts, on occasion backed by symphony orchestras or jazz groups. After returning to live in Sydney (Aust) for several years, Reddy relocated back to the USA and in recent years was afflicted with dementia, on September 30th 2020 Helen Reddy sadly passed away at the Motion Picture and Television Fund’s Samuel Goldwyn Centre for Behavioural Health in Woodland Hills, Los Angeles, at the age of 78.