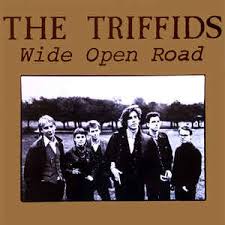 The Triffids were an indie Perth band who formed around Christ Church Grammar School friends Dave McComb (guitar, bass, keyboards, vocals), Alsy (Alan) McDonald (drums, piano, vocals), and were soon joined by David’s older brother Robert McComb (guitar/violin) in the mid-1970’s. All were sons of the establishment from well-to-do families, the McComb parents were both doctors and the family resided in a heritage-listed house, The Cliffe, in McNeil St, Peppermint Grove, their musical inspirations were Bob Dylan, Van Morrison, 50’s folk, 60’s soul, and the Velvet Underground. 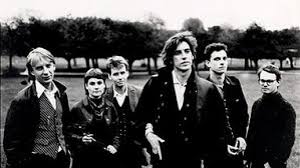 Philip Kakulas (guitar, vocals) joined the band and they morphed through such band names as Alsy McDonald, Blok Music, and Logic, ultimately settling on The Triffids, inspired by the large, mobile, carnivorous plants that John Wyndham had imagined in his novel Day of the Triffids. The classic Triffids lineup became (above left to right) Alsy McDonald, Jill Burt (keyboards/vocals), Martyn Casey (bass), David McComb, Robert McComb, and Graham Lee (lap and pedal steel guitar), they relocated to Melbourne before settling in Sydney in 1983 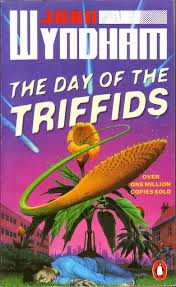 Despite the geographical isolation of Perth from the other capital cities of Australia the band, and particularly McComb, always exhibited a worldliness and practical knowledge of musical influences which was evident in their confident, assured, and impressive musicality. 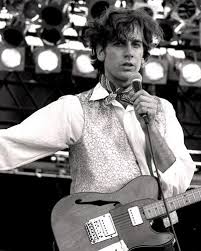 Upon their arrival in Sydney in 1983 McComb’s impressions of the Emerald City were illuminating “The first prize theory we can lay to waste is that Sydney is any more exciting or worthwhile than Perth. There will always be somewhere hipper than wherever it is you are … The so-called art scene here brims over with dilettantes, band-wagon -jumpers, hangers-on, charlatans and leeches, the quiffs are highly cultivated, the ‘punks’ are third generation imbeciles, and (every) one is drunk on self-congratulations. In short, at the risk of deflating hope, things are much the same as in Perth.” (Dig: Australian Rock and Pop Music 1960-85, David Nichols).

The band developed a considerable national following in the post-punk period and then relocated to the UK in 1984 where they were virtually artists exile there, along with fellow Aussie bands the Go-Betweens, the Moodists, and Nick Cave. These bands struggled to promote their music, becoming part of a coterie of expats who shared rented space/squats, drugs, musical instruments and creative inspiration. Like many Australian groups who had done the hard yards in the UK before and failed – Twilights, Masters Apprentices, Groove, Mississippi, Axiom, and others – the Triffids and their expat friends had to endure intense competition, infrequent poorly-paid gigs, alienation, homesickness, appalling weather, and union resistance to their very presence in the country. 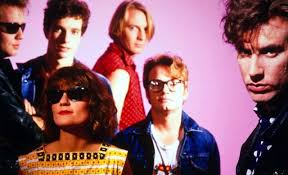 But they persisted and gradually David McComb emerged as a prolific and talented songwriter, he wrote most of Wide Open Road at Julian Wu’s house in Melbourne, Wu was a musician, producer, promoter, and sometime member of the Triffids, the record was ultimately recorded in London at the Mark Angelo Studios with producer Gil Norton below (Pixies, Echo and the Bunnymen, and the Foo Fighters). 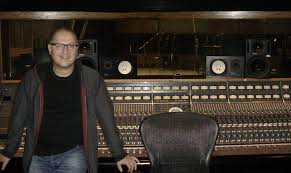 The song captures the mystery, atmosphere, and sense of emotional dislocation of place which is quintessentially Australian, it metaphorically links the uncharted desert of the interior with the distance between people and the tenuous and fragile nature of human relationships.Below Eyre Highway near the Great Australian Bight, crossing the Nuillabor Plain. 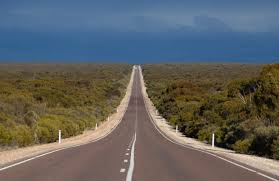 The opening verse is angry, threatening, and absolutely riveting, as the cuckolded protagonist vents his rage at being deserted by his lover – “The drums rolled off in my forehead/The guns went off in my chest…” there is a sense of foreboding, dread and menace in the lyrics “I drove out over the flatlands/Hunting down you and him.” The song possessed an hypnotic pulse that underscored the emotional journey the listener takes into this eternal triangle “How do you think it feels sleeping by yourself/When the one you love…is with someone else.”

More prosaically McComb also recalled a stretch of “wide open road” between Caiguna and Norseman (WA), where the band’s Hi-Ace van often came to grief, in collisions with kangaroos, so it was also a simple song about life’s journey, but delivered with great drama. 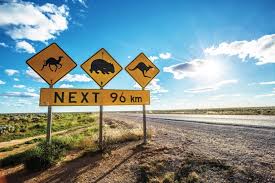 Graham Lee’s subtle lap and pedal steel guitar, Jill Birt’s ethereal organ, Robert McComb’s violin flourishes, Martyn Casey’s insistent bass line, Alsy McDonald’s military snare drum, and David McComb’s sinisterly authoritative lead vocals, made the song unforgettable. Despite poor record sales, justice was ultimately seen to be done, when APRA ranked it one of the best songs of the modern era to 2001, and the band was later inducted into the ARIA Hall of Fame in 2008. Sadly this recognition was too late for David McComb, who had battled alcoholism, heroin and amphetamine addiction for many years, and following a heart transplant in 1996, he ultimately died of a drug overdose, following a car accident in 1999, he was 37 years old.

The Triffids memorably performed this song at the Made in Australia Concert Tour in 1987, McComb in white shirt, gold lame waistcoat and neckerchief was at his mordantly sardonic best when he introduced the group, saying that they had so many hits in this country that they didn’t know which one to perform, but since Wide Open Road had been “played on Countdown, it must mean something”, this song about love and loss and the distance between them, never sounded more profound.– “I wake up in the morning/ Thinking I’m still by yours side/ I reach out just to touch you/ Then I realize…/ It’s a wide open road…”

Wide Open Road has become an Australian classic, it only charted #64 locally but at #24 it did better in the UK, after it was lifted from the Born Sandy Devotional album, quixotically named after a song about a girl that was ultimately cut from the final issue of  the album, and featuring an unglamorous cover shot of the WA coastal town of Mandurah, it climbed to #37 locally and #18 in Sweden. 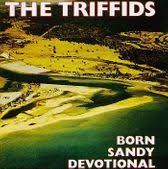