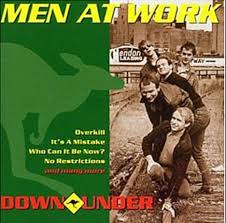 Eighties Oz Rock’s fairy tale came true as La Trobe University(Melb.) students Colin Hay and Ron Strykert added Greg Ham, Jerry Spieser and John Rees to form Men At Work and went from Melbourne pub gigs at the Cricketers Arms Hotel (Richmond) to international acclaim. Simultaneous number ones on the US, UK and Australian album and single charts within two years with the album Business As Usual and the single Down Under, and a Grammy Award for Best New act in 1983. 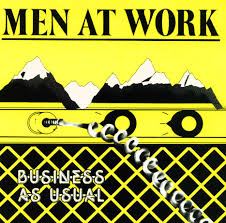 The band were just as suprised as everyone else at their overnight success, they were essentially a kind of art-student side project, who became iconic spokesmen for their country, not that everyone really understood the deeper context of this song, which Colin Hay would only reveal many years later. 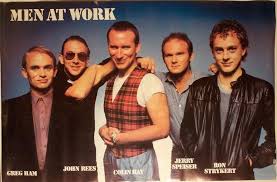 Columbia Records recognised their potential and teamed them with American producer Peter McIan (below) and their debut album Business As Usual, completely produced in Melbourne, emerged as a fresh, whimsical and instantly infectious set of grooves, which would ultimately sell over fifteen million copies and sit atop the US album charts for an incredible 15 weeks. 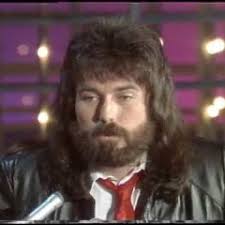 Only the unstoppable force of nature that was Michael Jackson’s Thriller, would knock it off the top. The band toured intensively and won a spot supporting Fleetwood Mac, Men at Work took Who Can It Be Now, with Ham’s storming sax and Strykert’s insistent guitar riffs, to #1 in the US and #2 locally. 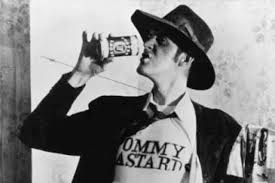 Their second single was Down Under a witty, irreverent, hook-laden, reggae-tinged song, inspired by Barry Humphrey’s archetypical fictional Aussie Ocker Barry McKenzie (above), so naturally the first sound you hear is the opening refrain being played by Jerry Speiser striking eight empty beer and spirits bottles with a drumstick. The song has assumed the identity of an unofficial national anthem, replete with references to chundering (vomiting), blundering, fried-out Kombies, Vegemite sandwiches, Aussies on the hippie trail, and heads full of zombie (potent marijuana). 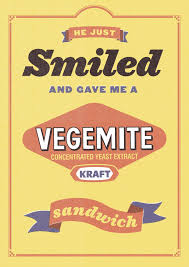 Down Under originally appeared as the B-side of single titled Key Punch Operator, which was released in 1980 by the band but failed to chart, however under the steady hand of McIan, Down Under was re-birthed. The original bass line was removed, speeding up the tempo, and then by raising the pitch of Hay’s vocals, this production elevated what was formerly regarded as a novelty song, to become something all together more knowing, mocking, accessible, and extremely popular. Down Under topped the charts in the US, UK, NZ, Denmark, Germany and Australia, where it occupied the #1 position for 9 weeks.

The cheeky, naive battler spirit inherent in the lyrics and Hay’s expressive vocals made it a natural to become the team song for Australia’s successful America’s Cup challenge in 1983 (below) which saw Australia wrest the cup from the USA for the first time in 132 years. A humorous promo video, made by John Whitterton, and shot mostly at Cronulla beach (Syd), further reinforced the band’s sense of fun and flippancy and its release coincided with the rise of MTV which was hungry for such material. 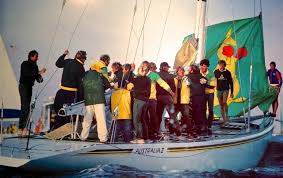 Contrary to these perceptions of the song, Hay is on record as saying that the song had a darker sub-text which he revealed in a 2017 interview with Songwriter Universe “ It’s not a song about waving a flag, it’s really a song about the plundering of the wealth of a country for short-term gain”, and the promo clip does satirise those who would put up the “For Sale” sign anywhere they thought they could make a buck. 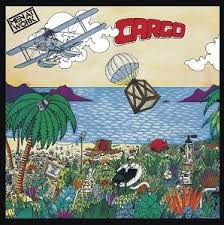 The Business As Usual album had cost $30,000 to make and the followup album Cargo approx. $70,000, collectively they generated global sales in excess of $40.0m, but with success came tension and friction within the band. By the time they had spent $450,000 making their third album Two Hearts they had sacked their producer Jimmy Iovine, Hay had sacked drummer Speiser and bassist Rees, and founding members guitarist Ron Strykert and flautist/saxophonist Greg Ham both departed the group. Two Hearts stiffed and Men at Work became Man at Work, as only Hay was left, they were on a rapid downward career trajectory. 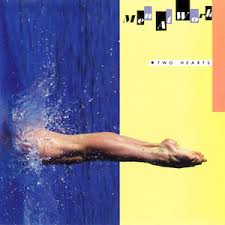 By the end of 1985 the group had disbanded, lead guitarist Strykert would dramatically fall out with lead singer Colin Hay, over disputed royalties and copyright. Ron Strykert (below), was arrested on Feb. 13, 2008 by Los Angeles County sheriff’s deputies in connection with an outstanding bench warrant on a charge of making criminal threats to kill Hay in December 2007, in a telephone conversation with Hay. Strykert  had been arraigned to appear in the Malibu County Court in May 2008 on misdemeanor charges but he failed to appear, Strykert denied making the threats and Hay said that he did not think that Strykert would actually harm him. Just 24 hours prior to the alleged death threats being made Strykert had posted on his Myspace a curious and enigmatic message apparently to promote his forthcoming album Paradise, he signed the post – “Mystery Man, working enigma, And don’t eat American Peanut Butter. Ron Strykert.” 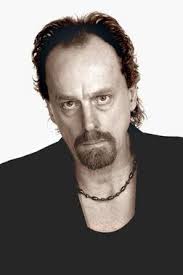 Down Under subsequently became embroiled in a copyright dispute with the owners of the rights to the song “Kookaburra” (Sits in the Old Gum Tree), after the similarities were inadvertently highlighted in an episode of the TV show Spicks and Specks. Kookaburra had been written by Girl Guide leader Marion Sinclair (below seated at the piano) in 1932, as a round-the-campfire singalong tune, Larrikin Music, the owners of the copyright, claimed that the flute riffs in Kookaburra had been lifted from this song. 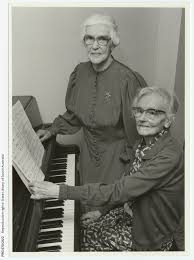 In the song’s promo video, Greg Ham sits in a gum tree with a toy koala bear perched on his shoulder as he plays the flute, and at the end of the song he pulls the same koala along with him over the sand hills on a leash, the imagery was obvious and demonstrated the guileless and completely innocent manner in which Greg and the band had appropriated the country’s cultural icons, be they fauna, or sample riffs from a song that had been around for over forty years. 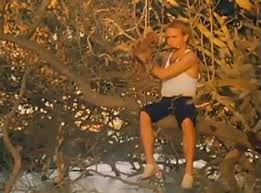 Sinclair’s folk song was assumed by Australians to be as communally-owned as Waltzing Matilda. Greg Ham had included a five bar sample of the song in the ninety-three bar arrangement of Down Under, Larrikin sued for 40% of the song’s total publishing revenue, ultimately being awarded only 5% in 2009. However legal costs were substantial for all parties, rumoured to be in excess of $4.0 million. There were also lingering doubts about the true origins of Kookaburra anyway, which sounded like a traditional Welsh folk song with the less than catchy title Wele ti’n eistedd aderyn du, but as Marion Sinclair had passed away, the original provenance of her song could not be authenticated. 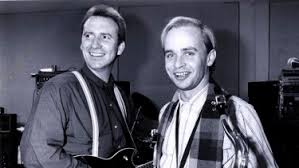 APRA rated Down Under the fourth best song written in the 1926-2001 era, Greg Ham (above right with Colon Hay) sadly took his own life in 2012, after he became depressed following the claims of plagiarism and subsequent litigation. Over the journey Men At Work endured a roller coaster career, the descent from the phenomenal highs of 1981-82 was as swift as the ascent, the hits had dried up, but the ride had been spectacular. In 1994 Men at Work were inducted into the ARIA Hall of Fame, and Colin Hay has continued to perform as part of the Ringo Starr All-Stars Band, and as support on tours with the Violent Femmes and Barenaked Ladies.