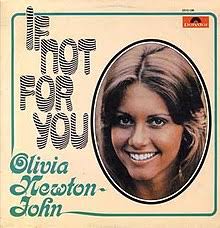 In Melbourne it was the swinging 60’s, and a teenage Olivia Newton-John was just another wannabe singer with stars in her eyes, when she met a clean-shaven TV host called Ian Turpie. Ian was Olivia’s first big love interest, and the 21-year old Ian was instantly smitten with the pretty blonde singer, who was just sixteen, when they met on the set of Time For Terry. Olivia was a stunning beauty with talent, an ambition to succeed, and a mother who had high aspirations for her, which exceeded her youngest daughter falling for and marrying a scruffy local rock and roller in Australia, so she whisked her back to the UK with her and briefly became her de facto manager.

Olivia had been joined in London by her mate Pat Carroll, and at Seeker Athol Guy’s suggestion the pair formed a duo and worked the pubs, clubs and variety show circuit in the UK (Olivia and Pat below), it was while performing as a support act for Cliff Richard and the Shadows, that Olivia met Shadows guitarist Bruce Welch, who would become both her lover and her mentor, a potentially dangerous combination that would occur several times throughout Newton-John’s career.

At this time Olivia also met ex-pat Aussie Peter Gormley (below centre) who was managing Cliff Richard and the Shadows as well as Australian singer Frank Ifield at the time, he offered to manage Olivia’s career, and she readily accepted. 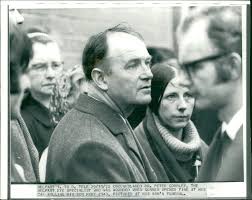 Bruce Welch was a respected UK music industry insider, who was not only a talented guitarist, and performer with the Shadows, but had also penned no less than five UK #1 hits, four for Cliff Richard – Please Don’t Tease, I Love You, Bachelor Boy, and Summer Holiday – as well as Foot Tapper for the Shadows. He was a good-looking star in a famous English band, and known to have a roving eye, but he became seriously smitten with the beautiful Olivia Newton-John, and decided to leave his wife Anne (nee Findley) and their son Dwayne, and move into a St. John’s Wood apartment with her. Left to right below Bruce Welch, Anne Findlay and best man Cliff Richard, on Welch’s wedding day in 1959.

She was similarly in awe of the man who was seven years her senior, and well-connected throughout the London showbiz scene, they would co-habit for five years, and become engaged.(Olivia and Bruce Welch below)

Between 1969 -71 Olivia’s career would seriously stall, after she was persuaded to join a “pre-fab four” group, modeled on the Monkees, and put together by Brill Building promoter extraordinaire Don Kirshner and James Bond movie mogul Harry Saltzman.

Toomorrow became the over-hyped brainchild of Kirshner, who had already launched the cartoon group the Archies and their 11 million- seller hit Sugar, Sugar, and he was convinced that the doe-eyed Olivia with a white American guitarist, a white British guitarist, and an African-American drummer, would be the next big multicultural thing, the publicity trumpeted that “ it  would  take you on a cosmic music trip with the new Toomorrow” – critics dubbed it “Lost In Space” and “Tone Deaf In Space”.

A movie and its soundtrack of songs would launch Toomorrow , but the plot for the movie was ludicrous and quite bizarre – four college students form a band after inventing an instrument known as a “tonaliser”, this brings the band members into contact with aliens known as Alphoids, who reveal that they are sick and in need of Toomorrow’s vibrant beat to cure them of their illness which is – sterility of sound! Realizing that they can’t exist in the atmosphere on planet Alphoid, the band escapes back to Earth – what could go wrong with that plot? After two years and millions of dollars wasted, the movie and the soundtrack stiffed, Olivia badly needed to reboot her career and have a hit song.

Former Strangers front man John Farrar (above) had joined Pat Carroll in London and he and Bruce Welch assisted Olivia to arrange and produce If Not For You, her first album, the songs were recorded at Abbey Road Studios with guitarists Welch and Farrar sharing production duties, with Alan Hawkshaw (keyboards), Brian Bennett( drums, ex-Shadows) and Dave Richmond (bass, ex-Manfred Mann), the album included covers of songs by Kris Kristofferson, David Gates (Bread), and Gordon Lightfoot.

Several tracks were selected as possible single releases, and the standout track was a song off Bob Dylan’s New Morning album released in 1971 – If Not for You. The track had already been covered by no less a performer than George Harrison on his All Things Must Pass album, which featured a distinctive slide guitar backing which was replicated on Olivia’s version of the song. Fans generally agreed that Olivia gave this country-tinged song a new lease of life with her sweet, breathy vocals, it charted #7 in Australia and the UK and #25 in the US for her break-through international hit.

The follow up was Banks of the Ohio, a traditional American murder classic, originally recorded by Red Patterson’s Piedmont Log Rollers in 1927, and reminiscent of other murder ballads of the time, such as Pretty Polly and Omie Wise, and 1958’s Tom Dooley by the Kingston Trio. This was a surprising change of material for ONJ, and not one that she particularly favored, but she took this murderous ditty to a national #1, a #6 hit in the UK, and it was the #8 best- selling record of the year in Australia, however it failed to chart in America, where it had previously been covered by Joan Baez, Pete Seeger, and Johnny Cash.

It was early days for the Newton-John/John Farrer/Bruce Welch combination, but Olivia and Bruce were now engaged. Welch and Farrar played critical roles in launching ONJ internationally, Farrar would write hit songs for her in the future and become a trusted professional collaborator, and with his wife Pat Carroll, a member of Olivia’s inner circle of close friends.

Five years after they had moved in together, Olivia became tired of her relationship with Welch, she now found him overly controlling and wanted to spread her wings. A brief fling with French crooner Sacha Distel (above with Olivia) effectively derailed her engagement to Bruce, who was inconsolable, after discovering the pair together in Olivia’s St. John’s Wood flat, round the corner from her sister Rona, who now lived in London. Welch hit the bottle and went on a long bender, in July 1972 he meticulously planned to commit suicide, telling his friends he was going away for the weekend, after cancelling milk and paper deliveries, he consumed a lethal dose of barbiturates washed down with brandy. But fate stepped in as he had forgotten that he had arranged to have his windows cleaned that weekend, the window cleaner saw him lying comatose on his apartment floor and called an ambulance to take Welch to Middlesex Hospital, just in time to save his life.

Although Welch and ONJ would part romantically, musically they continued to collaborate until she made the move to relocate to the USA and pursue her career there, with new manager/boyfriend Lee Kramer (above), a  young English businessman she had met on the beach, while holidaying on the French Riviera, who had no experience in show business or artist management.