Australian songwriters have often been inspired by a sense of place which they reflected in their music – Banjo Paterson, Lucky Starr, Skyhooks, Cold Chisel (Breakfast at Sweethearts below was inspired by this restaurant in Kings Cross, Syd), Paul Kelly, and Midnight Oil. North American and British songwriters have similarly added to the catalogue of great songs imbued with an identifiable sense of place – Robert Johnson, Chuck Berry, Bob Dylan, the Beach Boys, Jim Webb, the Beatles, the Kinks, the Jam and others. 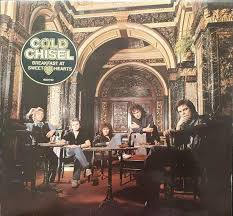 Paul Kelly is a gifted storyteller whose lyrical images are evocative of places and personal experiences and this song is no exception. At the time Kelly wrote this song his life had gone through several emotional upheavals – his first wife Hilary had left him and moved to Sydney leaving their son Declan with Paul in Melbourne. Paul broke up his band the Dots three months later and caught the bus to Sydney, was this an act of escapism or a genuine step forward emotionally and artistically?

Paul would initially stay with Don Walker (Cold Chisel) and his partner Jenny Brown (above), his wife Hilary’s elder sister, at their King’s Cross flat, before moving in with Paul Hewson (Dragon, below), in Ward Ave where he stayed for about six months. Hewson was a heavy drug user and Kelly was also using heroin, Ian Rilen (ex-Rose Tattoo, X) who was a frequent visitor to Ward Ave. was also a user, Kelly would complete the songs for the album Post there, which was named in honor of Paul Hewson, who sadly died of a drug overdose in 1985. 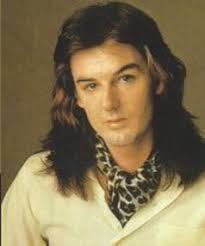 Don Walker (below) recalled Paul arriving in Sydney “My memory of this song From St. Kilda to King’s Cross is Paul getting off the bus over by the Koala Motor Inn in King’s Cross and walking with his guitar to our place. He came in the door really excited and saying “I’ve got this song”, and sitting there playing it on his guitar and me thinking, Holy shit, this is really good. There’s something really good going on here.” (Stuart Coupe’s biography Paul Kelly: The Man, The Music And The Life in Between 2020) 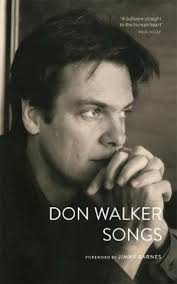 Both Don Walker (above) and Paul Hewson were accomplished songwriters and they encouraged Kelly to persist and follow his dream, in his memoir How To Make Gravy (2010) Kelly recalls using Walker’s white grand piano to develop songs that would form part of the album, Post, but Walker believes that most of the songs were composed at Hewson’s flat on guitar. 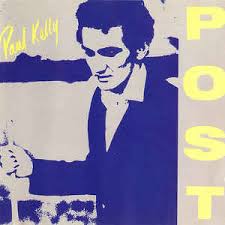 This song was inspired in part by Robert Johnson’s From Memphis to Norfolk Is A 36-hour Ride and the Lovin’ Spoonful’s Never Goin’ Back. The song references Kelly’s thirteen hour bus journey between the two cities watching “…the white lines rushing past…” and on reflection of past experiences, the lyrics include a warning about fair-weather friends and how to deal with them “I keep my mouth well shut, and I cross their open hands.”

In Kelly’s song about leaving his home town, Adelaide, he had metaphorically burnt his bridges, “All the king’s horses, all the king’s men/ Wouldn’t drag me back again/ To Adelaide, Adelaide…”, but here he is unsure if he has made the right move, having  basically relocated from one red light area in St. Kilda (below) to another red light area in Kings Cross, and the final verse reflects the lingering doubts he has “ I want to see the sun go down from St. Kilda Esplanade…I’d give you all of Sydney Harbor (All that land and all that water)/ For that one sweet promenade.”

Recorded at the Silverwood studios in Sydney, Kelly was accompanied by Steve Connolly (guitar), Michael Barclay (harmony vocal), Peter  Bull (keyboards) and Chris Coyne (sax).  Co-produced by Kelly and Clive Shakespeare (formerly of Sherbet), incredibly the song failed to chart, but has over time acquired a patina of respect and a sense of endearment amongst music fans, especially at live performances. The Coloured Girls would ultimately stabilise around a band that would prove to be Kelly’s most enduring and talented line up – left to right below Michael Barclay (drums), Peter Bull (keyboards), Paul Kelly (guitar, vocals), Jon Scofield(bass) and Steve Connolly (lead guitar).