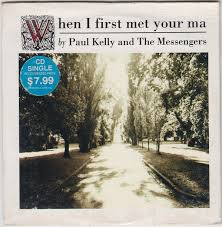 Paul Kelly is acknowledged as one of our greatest songwriters, his gift for creating memorable words and music are imprinted on our national consciousness, and yet Kelly has always eschewed the label of “storyteller,” and insists that his songs are not autobiographical. He believes that the pictures he paints in music and words are just that – pictures. “A lot of my songs are very situational; they come from imagining someone in a particular situation. Sometimes a sequence of events happens which makes it more a story, but other times it’s just that situation. I guess most music theatre writes from that point of view.” (Debbie Kruger, APRAP, 2002)

Yet Kelly has sometimes permitted us to look into his private life and to better understand the workings of his creative process, to imagine those things that inspired and concerned him, the bittersweet memories of family, former partners, and a life lived, which found their ultimate expression in a song.

Legend has it that Kelly’s mother Josephine gave birth to Kelly in a taxi in North Adelaide, in the lyrics for the song It’s All Downhill From Here “I was born in a crowded taxi, Daddy scooped me right off the floor/And he carried me up the path through the big swinging doors”. Josephine would raise the younger children alone after his father died of Parkinson’s Disease when Kelly was 13, in his song  Adelaide he recalled this “Dad’s hands used to shake but I never knew he was dying/ I was 13 I never dreamed he could fall/ And all the great aunts were red in the eyes from crying/ I rang the bells I never felt nothing at all.”

Later he would find inspiration in his relationships with women, an Adelaide girlfriend Rosie Jones was the likely inspiration for several early Kelly songs, the Bob Dylanesque Derailment which pondered the matter of premature ejaculation, and Cherry, a Springsteen-style song about sexual initiation. Upon locating to Melbourne in 1977 he met Juliet, whom he described as “a curly-haired, voluptuous, almond-eyed, beauty with dangerous ways. Later on the filmmaker Paul Cox would make a film based on her called My First Wife.” (How To Make Gravy – Paul Kelly 2010), and Kelly would write the song The Hounds of Juliet about her.  Co-incidentally it was the very same Juliet who would introduce Paul Kelly to his first wife Hilary Brown in 1979, when Juliet brought her along to a Paul Kelly and the Dots gig at the Kingston Hotel (Richmond).

Kelly wrote the song When I First Met Your Ma around 1986 but it was not released until 1992 as a single, it graphically captured that moment when Kelly fell in love, and at the same time reflects on Juliet’s decision to introduce Hilary to him. “ When I first met your mother/ I was playing in a bar/ She walked in with my girlfriend/ My foolish girlfriend brought her there/ She looked so pretty and dangerous/ As she brushed back her hair/ And I was not the only one/ Taking notice in that bar/ When I first met your ma.”

This song is one of Kelly’s finest love songs, it begins as a blissful tale of falling in love, walking hand-in-hand through the Fitzroy Gardens (Melb), being ejected from Hilary’s bedroom by her angry father, walking home through Melbourne rain, his ardor cooled but not extinguished, enveloped in a post-coital warmth against the cold “ I walked two miles in Melbourne rain/ I could have walked ten more/ When I first loved your ma.”

Paul and Hilary would marry in 1980, and their first child Declan (below in 2007) would arrive later that year, they moved into a low-rent flat at the top of Punt Rd hill, they were broke, and slept on a futon on the floor. It was cold in the winter, but they could see the Nylex clock atop the silos, and the light towers of the MCG, from their lounge room window, Paul’s bandmates helped him paint the place before Hilary brought Declan home from the hospital, they were poor but still in love.

In 1984 Hilary would leave Paul and relocate to Sydney, they would divorce later that year, she had left Declan with Paul in Melbourne, and three months later Paul wound up his band the Dots and caught the bus to Sydney. When First I Met Your Ma is addressed to Paul’s son Declan, it wraps a cautionary warning about lost love in a beautiful avian metaphor “Love like a bird flies away/ You’ll find out the only way”. He warns his son of heartbreak, but inevitably the only way he will find out about love’s sometimes temporary status, is to experience its loss, and one day he will feel the pain himself.

Paul Kelly and most of his band The Dots were heroin users, their live performances were fueled by speed at the start of a set and heroin after the show, unless they mistakenly took drugs the wrong way round, which happened one night at Geelong, with alarming consequences. Their manager Barrie Earl carried emergency supplies of Narcan to reverse the effects of heroin overdose, Paul required reviving several times. Paul failed to front a support show for Dire Straits one night when on a speed-fueled romp with a Sydney stripper, Hilary found out and was on the next plane to Sydney. Professionally Paul Kelly and the Dots were sinking, two dud albums, Talk and Manila, which Paul has now disowned, and an increasingly irritable Michael Gudinski of Mushroom Records who was fast losing patience with Kelly. Radio stations refused to play the single Clean This House taken off the Manila album, on the grounds that it was sexist and Paul was being controlling towards Hilary, but the song was really about quitting drugs.

Infidelity, drug abuse, and a lack of professional success, were the potent ingredients for the disintegration of their marriage, Kelly recorded this song twice, once as a jangling full-band version on 1992’s Hidden Things – a collection of B-sides and rarities recorded between 1986-91, and then as a stripped-down acoustic version included on his first best of collection, 1997’s Songs of the South. The latter is the superior version, with the focus rightfully on Kelly’s voice and lyrics, accompanied by a slightly muted acoustic guitar, and harmonica. 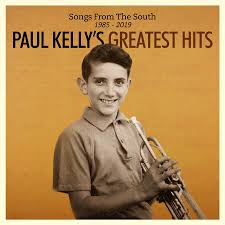 Hilary remembered “songs especially written for and about her”, but also about other women, when she quipped, “there are too many girls out there, one for every song!” In 1993 Kelly would marry singer/actress Kaarin Fairfax (below) and they would have two daughters, Madelaine (1991) and Memphis (1993), and divorce in 2001. 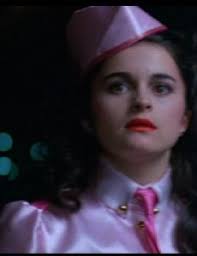 Kelly would reflect on his first marriage in the song I Can’t Believe We Were Married, a track on the 1991 album Comedy, and with the benefit of hindsight there is now a sense of bitterness, regret, almost disbelief that he and Hilary were ever an intimate couple. Not surprisingly he wraps the lyrics in country music, with a fiddle accompaniment, a genre well known for chronicling the behaviour of cheatin’ husbands and the trajectory of broken relationships “Our houses were a shambles, our love a conspiracy/ Your hand was always down my pants before our guests could leave/ They didn’t like our drugs, our children or our dogs/ The way we made it up each day …”