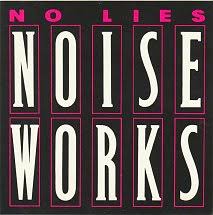 New Zealand -born pop singer Jon Stevens had released a debut solo album and several singles back in NZ in the late 1970’s, including a duet with Sharon O’Neill, which were moderate hits, so like many Kiwi performers he relocated to Sydney in 1981. His booming vocals quickly adapted to the bombastic sounds necessary to cut through in pub rock venues, and he formed the band Change in 1983 with guitarist Stuart Fraser (ex-Blackfeather), bass man Steve Balbi (ex-Kevin Borich Express), drummer Kevin Nicol (ex-Dial X) and US-born keyboardist Justin Stanley, so completing the five-piece. The band would be re-named Noiseworks, and enjoy considerable chart success in the period 1986- 91, Jon Stevens would emerge as a charismatic front man who sought to channel the image and sex appeal of Michael Hutchence, and they quickly became favorites on the Sydney beer barn circuit. Left to right Jon Stevens, Kevin Nicol, Stuart Fraser, Steve Balbi, and Justin Stanley.

Their eponymous debut album, produced by Mark Opitz, was released in 1987 and was preceded by what would become their first top 40 hit, the single No Lies in 1986, a Jon Stevens/ Brent Thomas (Mark Wiliams, Sharon O’Neill, John Farnham/Jimmy Barnes) composition which had pub rock authority stamped all over it. Steven’s powerful vocals imbued the rather banal lyrics with grit and bombast, the melody was synth-driven, the bass line sinisterly effective and insistently infectious, and they took the song to #31.

The promo clip featured the band performing in an empty building, and from his opening grunt, Stevens is Hutchence-esque in fringe jacket, wifebeater singlet, and emergent mullet. Staccato keyboards and snare drum reverb add to the total 80’s ambience, on a song about avoiding the devious ways an ex-lover tries to draw you back into a bad relationship, it would would boom out from ghetto blasters set on auto-reverse tape decks, over the next few years. 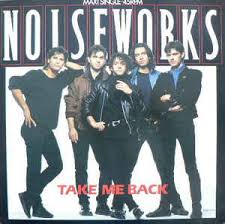 The second single lifted off their debut album was the very successful Take Me Back, another Stevens/Thomas composition, which cleverly merged keyboards and hard rock in a cohesive style reminiscent of INXS, which resonated with fans, and took the band into the top ten (#7) for the first time. The album was also a success, climbing to #6 and displayed the versatility of the band outside the pub rock genre, with such power ballads as River of Tears and Welcome to the World.

Following the success of their debut album, their second, Touch was released in 1988 and was much-anticipated, produced by Brit Chris Kimsey (Rolling Stones, INXS, Duran Duran, The Cult) it failed to live up to expectations with the exception of the title track, Touch, a typically bombastic and engaging outing , with the appealing rough edges – driving percussion, surging vocals and backing on the chorus – that had made their earlier hits so pub-rock friendly, present in spades. But most of the album seemed like a collection of over-polished radio friendly pop tunes, without the necessary grit of earlier hits, never the less, the single was another top ten hit (#9), and the album also climbed to #8 nationally.  The band would go on to build up a grass roots following founded on the guitar artistry of Stuart Fraser, Jon Steven’s powerful vocals, and a tightly focused sound that balanced tough pub -rock and anthemic choruses with lush studio production values. The Touch video was filmed at Bombo Headland, Kiama (NSW) (where Gyan would film the clip for her hit Wait a year later), and the same visual tropes abounded- zooming helicopter shots of surging surf, rugged clifftops, blazing fires and wild horses galloping along the shore, only the ubiquitous 80’s sax solo was missing.

Noiseworks followed up with their third studio album, Lover Versus Money in 1991, it was their first #1 hit and although the first two singles lifted from it were only minor hits, the third, Hot Chilli Woman was a blistering, raunchy slice of bad boy rock and roll. The sultry slow-paced intro with harmonica soon gives way to an explosion of pub rock, as Stevens channels a sweaty, crouching, Jimmy Barnes/ Howlin’ Wolf, while the Hot Chilli Woman in question provides the necessary dance moves.

On later records the band would add funk and more soul to Stevens potent vocals and they took ten songs into the national top 40 in the period 1986-91. The band would split in 1992 when front man Stevens joined the cast of Jesus Christ Superstar, Steve Balbi and Justin Stanley would go on to form the Electric Hippies and have a hit with Greedy People (#30 in ’94), Stuart Fraser joined the John Farnham Band and would record many successful albums with Farnham, sadly passing away in 2019. Noiseworks has reformed several times in the past fifteen years in 2007 and 2011, and Stevens was briefly the replacement lead singer for Michael Hutchence with INXS.