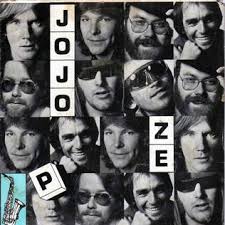 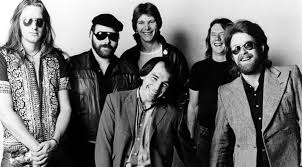 The band signed with Mushroom Records in 1978 and by then they were embracing ska and reggae, musical genres that had only enjoyed limited success in Australia to that time. English producer Peter Solley had just joined Mushroom Records and was impressed with the band, he produced their first major hit, the reggae-infused pop song Hit and Run, with its infectious beat and Camilleri’s assured lead vocals, it soon climbed to #12 nationally, when lifted off their fifth album Screaming Targets. 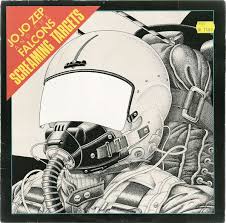 Joe Camilleri recalled how the sang evolved while the band were touring in New Zealand “I was driving along somewhere in New Zealand and driving myself crazy with the chorus – “you gotta keep a-footin, a footin’, a-runnin’, a-hidin”… I thought the lyrics were so funny and they just rolled of my tongue …  the lyrics always sound very fast, even though I didn’t sing it very fast … it was our first big hit and the song gave the Falcons their own sound … it wasn’t really reggae, rock or blues  but a mixture of all three ” (“Fifty Years of Rock in Australia” – Jeff Jenkins 2007).

The band embarked on an ambitious tour of the US, UK and Europe, and their follow up single Shape I’m In was released while they were touring overseas, it charted at #22 but lacked a promotional push from the band at the local level, and should have done better. Upon their return home the band were exhausted, but went back into the studio to record their next album Hats Off Step Lively which did respectable business when it charted at #17 in 1980 and their eleventh single Taxi Mary peaked at #11, but by then the hits had dried up.

Following the break-up of Jo Jo Zep and the Falcons in 1981, Joe Camilleri emerged later in the 1980’s as front-man for the zydeco party band the Black Sorrows who ultimately segued to an infectious sound that was a combination of rock/soul/blues, and were ultimately signed to Sony in 1988. 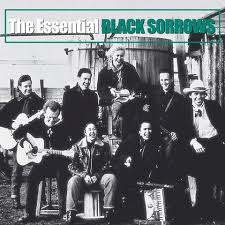 The Black Sorrows would become the vehicle for the musical chameleon Camilleri to break out nationally as a shifting ensemble of bandmates rotated through the group, including Jeff Burstin (guitar), Wayne Burt (guitar), Wayne Duncan/Mick Girasole/Richard Sega (bass), Paul Williamson (clarinet), Steve McTaggart/Jen Anderson (violin), George Butrumlis (piano accordian) and Peter Luscombe (drums), and were joined by the luminous and soulful Bull sisters, Vika and Linda, who all coalesced around multi-instrumentalist Camilleri, to form one of the most sophisticated blues/rock bands in the country. 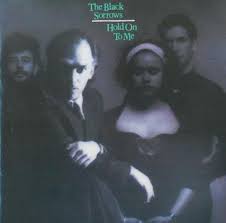 The band went into the Sing Sing Studios (Melb) in 1988 to record Hold on To Me, which would be their third album, typically the production was an inhouse affair with Camilleri and guitarist Burstin at the control panel and all the songs composed by Joe Camilleri and lyricist Nick Smith.

Of the five songs subsequently lifted off the album as singles, it was the soulful and engaging rhythm and blues of Chained to The Wheel, the last song to be included on the album, and the third to be released as a single, that would crash into the top ten (#7) and help propel the album to #8 nationally.

The domestic narrative of the song, which traces the dynamics of a troubled relationship, invoked the metaphorical “wheel” to represent the enduring pain, angst, and entrapment that a person feels when they are in an unhappy or abusive relationship. This dynamic encouraged Joe and Vika Bull to duet on the vocals, so adding intimacy and emotional shading to the record, the album also broke through internationally charting #5 in Norway, #18 in Sweden and #36 in NZ. 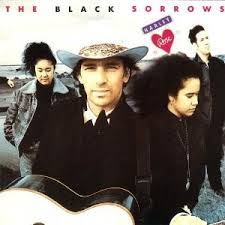 The following year the band followed up with the album Harley and Rose, again Camilleri and Smith dominated the song writing and on production drummer Peter Luscombe joined the Camilleri/Burstin team who had clicked on their previous album. This album was rootsier than its predecessor with semi-acoustic guitar, drums, electric guitar, piano accordion, harmonica, the Bull sisters on backing vocals and tambourine and Jen Anderson spicing up the whole mix with a swampy bayou fiddle accompaniment, the title track had a brilliant Tex-Mex country ambience with great guitar riffs by Wayne Burt.

Harley and Rose traces the fraught relationship between our two protagonists and defines the shaky ground upon which Harley and Rose agree to give it another go “ Harley and Rose were reunited, this time they said it was for real/ She’d take him back to where it started, he would melt her heart of steel/ Life is a bitter disappointment, she would hear-ear young Harley say/ If you find something more important, I will not stand in your way.” 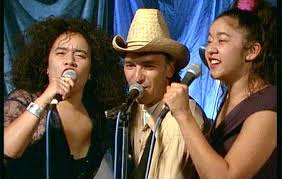 Camilleri on lead vocals is convincing, he said it was his favourite Sorrows song, it was also successful, the single charted at #22 and the album at #4, to make it their most successful album to that time, and the band continued to fascinate the Scandinavians, the album charting in Norway (#5) and Sweden (#35).