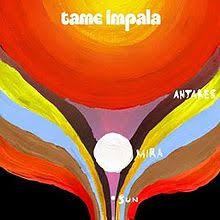 When 100,000 music fans gathered in the Californian desert in April 2019 for the biggest event on the American popular music calendar, the Coachella Valley Music and Arts Festival, an Australian act was one of three headliners alongside megastars Ariana Grande and Childish Gambino. Fremantle-based Tame Impala, the musical embodiment of multi-instrumentalist, producer, and recording engineer Kevin Parker, who with four bandmates, had nailed a prime-time slot on one of the biggest stages in the world.

What began as a one-man psychedelic rock project in a Perth share house in 2005, had taken their third album, 2015’s Grammy-nominated Currents, to #4 on the US Billboard charts, #3 in the UK and #1 in Australia and the Netherlands. Before 2019 was over Tame Impala would perform at Britain’s Glastonbury Festival, appear on the US TV show Saturday Night Live and close the opening night of the Australian winter festival Splendor In The Grass, at Byron Bay.

Kevin Parker’s parents Jerry and Rosalind had emigrated from Zimbabwe to Australia and Kevin was born in Sydney in 1986, at the age of three his parents, who had relocated to Perth, via Kalgoorlie (his father was a mining company executive) had divorced and over the next decade they would marry new partners, attempt a doomed reconciliation with each other, and then try to pick up their lives with new or former partners. Not surprisingly Parker has reflected on a domestic scene that was quite unstable as he moved between living with first his mother and then father, and collecting several half- brothers and half-sisters along the way. His father was an amateur musician who played guitar and he exposed young Kevin to the songs of the Shadows, Beatles, Beach Boys, and Supertramp. Parker attended John XX111 College but was mostly an enthusiastic student of only song writing and music, and he quickly mastered the basics of guitar, drums and keyboards. At school he hooked up with Dominic Simper who would become a lifelong friend and bandmate, and ultimately Tame Impala’s bass guitarist. Below left to right Dominic Simper, Kevin Parker and drummer Jay Watson.

Parker began to experiment with marijuana at age eleven, his adolescent years were marked by a growing estrangement from his father, rebellion and youthful delinquency ensued, including shoplifting and graffiti -tagging. He briefly studied astronomy at university but ultimately dropped out once Glen Goetze, A&R manager for the record label Modular, offered Tame Impala a recording contract in 2008. 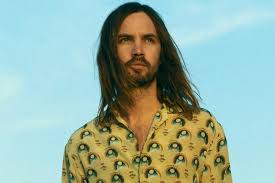 His early experience in bands included the rock trio Dee Dee Dums with Parker (guitar), Dom Simper (bass) and Luke Epstein (drums) performing Cream-style songs, Jay Stewart replaced Epstein on drums, about the time the band name-changed to Tame Impala. They debuted in 2008 with their eponymous EP and the riff-heavy Half Full Glass of Wine, a song that was originally demoed by the Dee Dee Dums, back in 2004. The song was a world away from the dreamy, trippy, stoner psychedelia that Parker would create in the future, but it has become a constant in their live sets over the years. Parker beats out a tattoo on the hit-hat cymbals as overdriven guitars set the pace, then give way to a slower tempo and a bluesy guitar ambience pervades the song, Cream influences were most evident here. A drum solo at the outro leaves the listener wondering what Parker will do about the lover who has lied to him, as he menacingly threatens “Leave me no choice but plot my revenge,” it crept to #75 nationally.

By the time Tame Impala released their debut album Innerspeaker in 2010, recorded at the New Wave Studios, Injidup (WA) below, Kevin Parker was putting some distance between himself and several other Aussie rock exporters of arena rock in Jet, The Vines and Wolfmother, who were artfully recycling sounds, but without Tame Impala’s flair for organic re-invention and trippy wistfulness.

The debut album was a kaleidoscope of late-60’s American psychedelia, Motown riffs, and snatches of British pop from the Kinks, the Verve and even the Stone Roses. It has been noted that Parker shares an eerie vocal similarity to John Lennon, which is more obvious on tracks like It Is Not Meant To Be, and  the first single taken off the album, Solitude Is Bliss, about which Parker remarked “It’s the most sassy, confident-sounding song…I like to think of it as coked-up Tame Impala”. 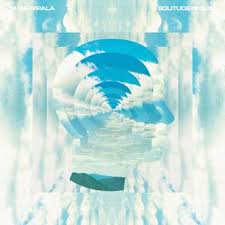 Jay Watson’s drumming on this track was exemplary, the swirling guitars, bass and drums provide the rhythmic spine of the song and Parker’s vocals are drenched in reverb and layered over the lyrics, which eulogise isolation and introversion, “There’s a party in my head and no one is invited”, loners of the world unite – no don’t!!

The fourth single lifted from the album, Why Won’t You Make Up Your Mind, was the hypnotic centrepiece to Innerspeaker, percussion and bass deliver a thumping rhythmic undercurrent and stereo-panning of the vocals creates a heady synth-drenched mix, as Parker’s lyrics implore the person in question to make a final decision, “give me a sign”.

Innerspeaker was voted Australian Rolling Stone’s Album of The Year 2010, it charted #4 in Aust and #24 in the UK, the album cover featured  artwork by Australian artist Lleif Podharsky, with an image of the Great Smokey Mountains National Park (USA), where the original image had been altered using the Droste effects in recursion, to make it appear as if the image continued into itself, creating a distinctly psychedelic feeling, reminiscent of the Pink Floyd album cover for Ummagumma.

It was an impressive debut by Tame Impala, the vintage influences of the music were not cling-wrapped for posterity, but vibrant, guitar -driven and not overly electronic in a shoe-gazing kind of way, great hooks and haunting melodies abounded, Parker would continue his creative journey, and was already writing the band’s second album, Lonerism, before Innerspeaker was released. Although Parker was a one-man band when it came writing, recording, producing, and engineering his music, he formed a group for touring purposes and they were below left to right: Dominic Simper (guitar/synths), Kevin Parker (guitar/keyboards/synths/vocals), Cameron Avery (bass/vocals), Julian Barbagallo (drums/vocals), and Jay Watson (guitar/synths/vocals).