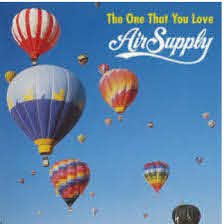 Whilst Air supply were losing their grip on the local charts and failed to hit the top ten in Australia after 1981 with a single, although their Greatest Hits album was a #1 hit here in 1983, they continued to dominate the US charts where their middle-of-the-road contemporary soft rock was perfect fodder for the adult-oriented FM radio audience and that demographic of the record-buying public. The 1980’s soft rock genre of which Air Supply were a major player included such acts as Lionel Richie, Chicago, Richard Marx, Phil Collins, Toto, and REO Speedwagon; and Russell and Hitchcock continued to mine the rich seam of the North American MOR music market throughout this decade.

The band were in the middle of a spectacularly successful period on the US charts, hitting the top 5 there no less than seven times between 1980-82 with plaintive and occasionally overwrought love ballads, usually penned by guitarist Graham Russell, and their fifth studio album The One That You Love, would continue to deliver the hits in the USA, including their first American #1 song. 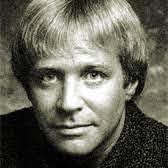 The album was produced by Michel Masser above, (Whitney Houston, Diana Ross, Dionne Warwck, George Benson) and Harry Maslin below, (Barry Manilow’s Mandy, The Spinners, and David Bowie’s Fame and Golden Years) and the title track was the band’s biggest single and their only #1 hit in the US, it was also a #1 hit in Canada and stayed on top there for five weeks, it also climbed to #10 in Aust. and sold over a million copies globally. 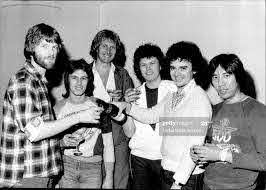 Both Hitchcock and and Russell were also raising their profile when they became the replacement hosts on the US network music show Solid Gold due to Andy Gibbs frequent drug-fueled absences.

Unsurprisingly the song was about a lover’s breakup and featured dramatic swooping orchestration by Frank Esler-Smith which underscored the efforts of a man pleading for more time to re-kindle a love affair, Hitchcock delivered a dramatic vocal outro, that kept the fans satisfied. 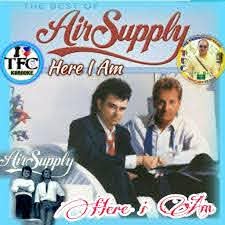 The second single lifted from the album was Here I Am which was released as a single with the title Here I Am (Just When I Thought I Was Over You), to avoid any confusion with the group’s #1 hit The One That You Love which contains the lyrics “Here I am, the one that you love…”.

It hit #5 in the USA, #4 in Canada, and #43 locally, but there was now a certain predictability about Air Supply’s songs, while such early hits as Love And Other Bruises, All Out Of Love, and Lost In Love revealed a keen sense of drama and engaging lyricism, Graham Russell had handed composing duties over to such American tunesmiths as Norman Sallitt, Michael Masser, and others, who wrote this song, for Sallitt’s only hit. The band had by now succumbed to repeating lush orchestration, and predictable harmonies and lyrical narratives which were increasingly devoid of the freshness and intimacy of their earlier hits.

The third hit single lifted off the album was the power ballad Sweet Dreams, Graham Russell and Russell Hitchcock shared lead vocals, and the blend of Graham’s mellow tones with Russell’s plaintive tenor, underscored by keyboards and percussion, was effective, the song soared on a sweeping chorus, and was bolstered by several guitar solos by David Moyse. This was a more straightforward Air Supply song with less emphasis on ornate orchestration, and hyper-dramatic vocals, and one which composer Graham Russell never regarded as more than a good album track. But once Clive Davis heard it he quickly assessed it to be a hit-worthy single, and so it proved, climbing to #5 US and #14 in Canada, while the album was another million-seller hitting #10 US, #21 Canada, and #10 Aust. The video clip sees the band performing in Sydney (Aust) with Sydney Harbour and the Opera House in the background, it was an outdoor performance, but this song was lip-synched.