Kylie Minogue had been a child star on Aussie soaps, starting with a small role in the Sullivans and subsequently in Skyways, The Henderson Kids and Fame and Misfortune. She hit soapie gold in the role of the outspoken tomboy motor mechanic Charlene Robinson in the long-running series Neighbours which enjoyed a high profile internationally, particularly in the UK. 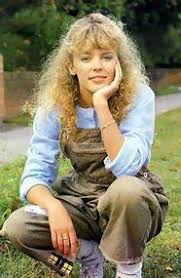 Producer Greg Petheric had taped Kylie’s performance of the song and convinced Amanda Michaelson to sign her to Mushroom Records, she re-recorded a disco dance cover version of the Little Eva hit Locomotion at Melbourne’s Platinum Studios with producer Mike Duffy who was aiming for a Bananarama sound-a-like record. 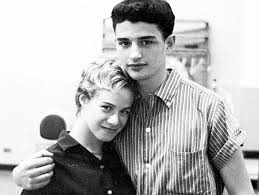 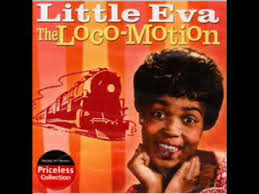 The original version of this song, was famously written by Brill Building husband and wife songwriting team Carol King and Gerry Goffin (above left), who originally offered the song to Dee Dee Sharp to record but she turned it down. Eva Narcissus Boyd (above right) was also an aspiring singer who just happened to be babysitting the Goffin’s daughter Louise at the time, and she ultimately recorded the song under the name of Little Eva. Her recording of Locomotion had a Phil Spector density of sound and intensity, it got people onto the dancefloor, so dance steps had to be invented and it was a million-seller. Minogue’s version was lighter, bouncier, and also highly danceable and it soared to #1 in Australia, and became the biggest selling record of the year. The original Australian promo clip was filmed in Melbourne at Essendon Airport and the ABC Studios, and this footage was used by SAW for the UK version of the video for international release. Kylie’s younger brother Brendan appears briefly in the video at 3.01 m when Kylie calls the team together for a final group shot, and Brendan in a black leather jacket, was front and centre.

With the arrival of the Emulator sampling keyboard onto the market in 1985, and the enthusiastic adoption of synthesized sounds by Stock and Aitken, who were both capable musicians (piano, guitar, etc), there was little call for other musicians on SAW records, this would ultimately lead to the creation of the distinctive Stock, Aitken, and Waterman sound – some thought it was mechanical and robotic, but clearly it had its fans.

The UK version of Locomotion became Loco-Motion, it was substantially remixed and re-produced, removing the original guitar solo and Kylie’s high-pitched vocal asides, and adding such special effects as a train whistle and a cry of “All aboard” at the beginning of the song, apparently Pete Waterman (below) is a model railway tragic, and insisted on the inclusion of these rather twee additions. 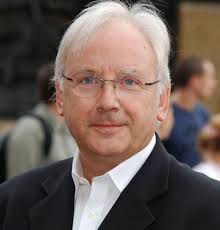 It climbed to #2 in the UK and was #1 in seven other countries, remarkably it charted at #3 in the US, so making this the only song to have charted top 5 in the USA in three consecutive decades, Little Eva (#1 in ‘62) and Grand Funk Railway (#1 in ’74) had the previous hit versions, and it sold over a million copies. 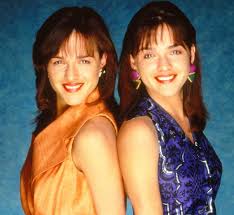 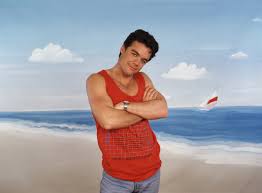 She was the most famously successful pop performer of the Neighbours alumni, others who were not so successful and failed to sustain recording careers included – the Blakeney Twins (above left), Guy Pearce, Stefan Dennis (above centre), Bruce Samazan (above right), Stephanie McIntosh, Alan Fletcher, and others