Minogue had spent the early months of 1989 recording her new album Enjoy Yourself and preparing for a film role in the movie The Delinquents with Charlie Schlatter. Her private life was spicing up too as she was about to split from Jason Donovan for the charms of INXS front man Michael Hutchence. 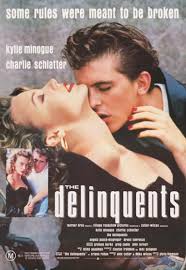 Minogue and Donovan had been together throughout the period 1984-89, she had been supportive of him in his efforts to replicate her Hit Factory success with SAW, and despite SAW’s misgivings about his vocal qualities, they had recorded a successful duet with with the release of Especially For You. But she was a more talented singer, with a drive and ambition that belied the ordinariness of her Neighbour’s character, tomboy motor mechanic Charlene, who symbolised the poverty of working-class aspiration, and an inability to move beyond the mundanity of the career cul-de-sac that was Ramsay Street. Donovan would come to resent Kylie’s stunning success, she was more driven and focused than he, she wanted to embrace life and a career that was more challenging, exciting, and slightly dangerous, and along came Michael Hutchence. At their first meeting in 1987 at the Countdown awards Hutchence reportedly said to Kylie “I don’t know what we should do first, have lunch or have sex “, two years later after an INXS performance, Kylie was ready to answer that question.Left to right Kylie and Michael. 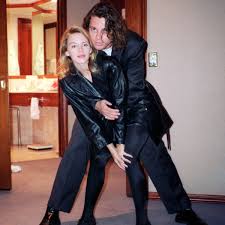 Under the influence of Hutchence, Minogue moved away from her wholesome girl-next-door image to a sexier more interesting rock chick look – with a blonde page-boy hairstyle she became the inspiration for the INXS song Suicide Blonde, that is dyed by her own hand. There was now a maturity and worldliness about Kylie not previously evident in the girl from Melbourne suburbia. This song was recorded at the PWL Studios in London and when lifted from the album Enjoy Yourself, it hit #1 in the UK and #3 locally.

Hand on Your Heart was another hit factory confection, a break up song disguised as bouncy pop, “I thought that we were just beginning/ And now you say we’re in the past”. The pedestrian promo video shot locally by Chris Langman featured a 1950’s-style Kylie dancing around a surreal multi-colored house and featured a pulsing animated heart, it was probably one of her worst clips.

The formula for success had been set by SAW for Minogue and at this time she was churning out the hit factory product in their London studio. Wouldn’t Change a Thing opened with some frenetic drumming which promised a new musical direction, but it soon settled into the more predictable dance-pop ambience from SAW with guitars, drum machine, tambourines, stuttering vocals, and all in a bright, bouncy, somewhat cheesy, Kylie-colored video package featuring the girl herself in formal and casual wear with male dancers in the studio and outdoors in a park.The lyrics seem banal, but on closer inspection they read like the script for Minogue’s love life to that time,” Yeah, I’ve had my doubts/My ups and downs on the merry-go-round/They say my heads in the cloud/But I’m keeping one foot on the ground… “it charted #5 here and #2 in the UK.

Musically Minogue was still very much a product of the SAW Hit Factory, which was increasingly being criticized by the UK music industry for dominating the charts with manufactured, homogenized, mechanical, assembly line pop songs. But their popularity was unprecedented, between 1989- 90 SAW achieved the almost unbelievable feat of having at least one record in the UK top 75 every single week, as Rick Astley, Kylie Minogue, Jason Donovan, Mel and Kim, Sonia, Sinnita, and Bananarama, kept hitting the charts with SAW compositions. Waterman responded to their critics by claiming that SAW were the saviours of the music industry, which further inflamed their critics who booed the trio off the stage at a Brit Music awards ceremony. Ultimately Kylie would explore less formulaic and more personally creative musical projects and career pathways, but for now she (ric)rolled with the hit factory and continued to extend her amazingly rapid dominance of the UK charts, as her second studio album hit #1 in the UK and #9 in Aust, and surprisingly she was dominating the Japanese charts as well, with five hit singles there, all charting consecutively in 1989. Geisha Kylie below. 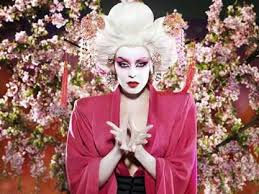