Never Too Late marked the end of an era as it was the very last traditional SAW pop hit of Kylie’s career, it charted territory already well defined by Minogue on such previous hits as Hand On Your Heart, Wouldn’t Change A Thing, and Never Too Late – heavy basslines, stuttering vocals, and the all-pervasive “unlucky in love” theme from those earlier hits, bouncy pop apparently brimming with positivity, but with a darker more subversive sub-text, as yet another love rat breaks Kylie’s heart. The promo video was shot by Peter Cornish in London in late 1989, Kylie performed as a series of marionettes as she segued through a number of expensive wardrobe changes – 1920’s flapper girl, 1930’s Ginger Rogers-style movie star, sexy 1950’s Suzie Wong, a Texan cowgirl with chaps and a Stetson, and a psychedelic 1970’s disco dancer, it was well-choreographed and revealed Minogue’s versatility. Never Too Late was allegedly a favorite of Michael Hutchence and it climbed to #14 locally and #4 in the UK, to become her eighth consecutive top 5 UK hit song.

Tears on My Pillow was a classic doo wop record from 1958 by the New York quartet dubbed Little Anthony (Gourdine) and the Imperials (below) by DJ Alan Freed. It was the group’s debut single, a #4 hit on the US charts and sold a million copies, they would repeat this success in 1964 with the majestic Goin’ Out of My Head (#6 US).

The ballad Tears on My Pillow, was a departure in style for Kylie who had previously charted with bouncy, poppy dance numbers written by SAW but here she went for something darker, more dramatic, more grown up, with a cover version of a song suggested to her by Pete Waterman. 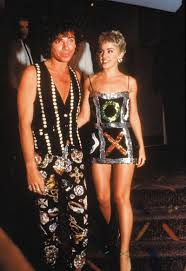 She was slowly moving away from the SAW formula and exerting more control over her future direction, she attended the Sydney premiere of her movie The Delinquents with her then-boyfriend, INXS front-man Michael Hutchence, and her appearance was surprising – a noughts and crosses micro -mini, and blonde wig which she described as suicide blonde, which later became the inspiration for an INXS song of the same name, she looked confident and sexy. Fans were unsure if this record would be the future direction for Kylie, moving from dancefloor chanteuse to big ballad singer, but the record was yet another UK #1 and top 20 in Australia, and became SAW’s 12th UK #1 hit, meanwhile Kylie was about to commence her Enjoy Yourself Tour of Britain, Europe and Asia. 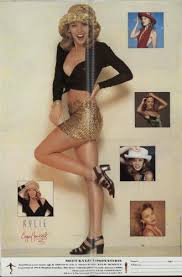 The snippier British tabloids quickly pointed out that Kylie’s fans were overwhelmingly girls under the age of 14, and that she was providing a “baby-sitting service” for their parents, but the show was more adult than many had anticipated, Kylie’s costume changes included revealing halter-neck tops and gold lame hotpants, one even had an Australian flag emblazoned on the backside, the tweenies may have been surprised, but their fathers were very impressed. 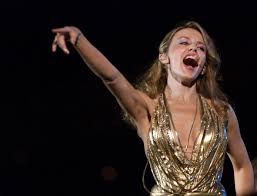 Kylie’s cover of Tears On My PIllow was very short, only 2.19 minutes, but it retained the standard doo wop tropes courtesy of Mike Stock’s vocal backing, while slick saxophone flourishes washed across the arrangement, and it was played over the credits of Kylie’s latest movie The Delinquents.

Minogue was also dabbling in songwriting and indicating an interest in working with Janet Jackson’s producers, Jimmy Jam, and Terry Lewis, rather than Stock, Aitken, and Waterman in the future. She was gaining more credibility in the music industry and would spread her wings and leave the SAW hit factory, her Greatest Hits compilation in 1992 would be her last collaboration with Stock, Aitken, and Waterman. 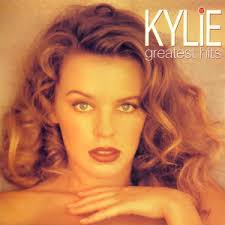