By the time the third single, Johnny Be Good, had been lifted off the Business As Usual album, it had become a global phenomenon, sitting atop the Billboard charts for 15 weeks and selling over 6 million copies in the US alone, and over 15 million globally. It remains the longest-running #1 debut album in American chart history (15 weeks), shattering the Monkees 16-year record in the process; in Australia Business As Usual was #1 for ten weeks, so eclipsing the previous record-holder, Split Enz True Colours. 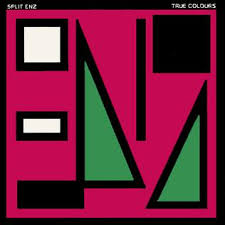 The artful merging of straight-ahead pop/rock hooks with a quirky new wave production and the band’s offbeat lyrical sense of humour, had all become identifiable MAW trademarks. Colin Hay’s keening vocals uncannily recalled the cadences of Sting and the band’s rhythmic pulse and phased guitars also reinforced the sound that was so characteristic of the Police. Hay definitely had the knack for asymmetrical vocal movement from calm and raspy to strong and desperate, so that his unfailingly concise vocal guide rose above the band’s reggae and ska-inflected rhythmic pulse, and sent the band’s songs in directions that were simultaneously entertaining, humorous, and thought-provoking; the infusion of saxophone by Greg Ham (below) also gave Men At Work an elemental edge over the many pop-oriented new wave groups around at the time.

Be Good Johnny was an excellent example of the meticulous way in which the band crafted their songs, Hay and Ham swap vocal parts as a young boy, his parents, and a teacher, talk about Johnny’s behaviour and unconventional attitudes, but Johnny has only vague notions about what behaviour is appropriate, what the “golden rules” are for interacting and succeeding “Don’t you be a bad boy Johnny/ Don’t you slip up/ Or play the fool”/ “Oh no Ma, Oh no Da…” The title of the song was a pun on Chuck Berrry’s Johnny B. Goode and it’s written from the perspective of a 9-year- old boy who wants to daydream, not study or play team sports, and is lectured by adults about how he must comply and conform, if he is to fit in and do well. “Boy, you sure are a funny kid, Johnny, but I like you! / So tell me/ What kind of a boy are you, John?”/ I only like dreaming/ All the day long/ Where no one is screaming…”

Today Johnny may have been diagnosed as occupying a “position on the spectrum”, autism, aspergers, or tourettes syndromes for example, as he seems to lack social awareness and an understanding of social cues. He is also reluctant to participate in team sports like football and cricket, activities which usually require social interaction, noise management, and movement coordination skills, which were apparently beyond the range of someone like Johnny. Hay voiced several parts- Johnny, his mother and father and his teacher, and Greg Ham also provided several vocal inserts, musically it was a fine example of new wave pop, and charted locally at #8, and top 20 in NZ and Canada.

By now Men At Work had morphed from a pub band performing at the Cricketers Arms in Richmond (Melb), giving away copies of a reggae version of a song they called Downunder, with each band members taking a miserly $100 a week spending money; to being a business that turned over $200 million in one year, whilst holding down the consecutive #1 spots on both the UK and USA album and singles charts, a feat that has never been repeated by an Australian band. The cottage industry had become a multi-national company, and the pressures on the band would become intolerable. The band below at the 1983 Grammy Awards ceremony.