Originally from the Cummeragunja Mission (NSW), near the town of Barmah (Vic.), Jimmy Little’s family fled the mission because of the intolerable living conditions and re-settled at Wallaga Lake. Jimmy (James Oswald Little) was a Yorta Yorta man, and the eldest of seven children, his parents Jimmy Snr. and Frances, were professional entertainers as part of the Wallanga Gumleaf Orchestra. Jimmy Little’s musical heroes were Jim Reeves, Nat King Cole and Johnny Mathis, and he developed an understated mellow balladeer-style of vocalizing in contrast to the emerging rock and rollers on the scene. He found his way to Sydney in 1955 and at the age of 17 recorded several songs for EMI’s Colombia Records, the second of these was Give the Colored Boy a Chance, written by his father, and the first popular song written and recorded by indigenous Australians. 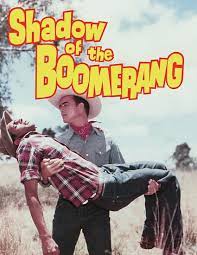 He appeared in American evangelist Billy Graham’s anti-racist film Shadow of the Boomerang in 1959, and carved out a successful career through the 1950’s and 60’s, as Australia’s first Aboriginal pop singer, who enjoyed local hits in Sydney with Danny Boy, El Paso, and The Last Rose of Summer, but Royal Telephone was his biggest hit, climbing to #10 nationally, in October ’63.

Frederick Lehman (below) wrote the song (others including C Powell and P Shupe, have at times been erroneously attributed) in 1906, Lehman was a German-born US pastor who was a prolific composer of hymns.

The first recorded version of the song was by the Rev. Sister Mary Nelson in 1927, a Memphis store front preacher who delivered a rousing gospel-style version of the song, which has been covered by many artists including singer/actor Burl Ives in 1961.(below) 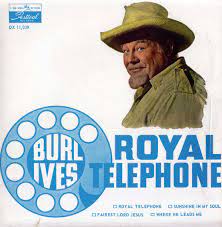 It was the Ives arrangement of the song that Jimmy used when he went into Festival Records Pyrmont Studios (Syd) to record this song with Tommy Tycho and his Orchestra, although he eschewed the overly sentimental tone of the US version and omitted a verse which referred to “Pentecostal fire”. The timing of Little’s version was opportunistic, as home telephone installation was becoming more common and various dial-in services were starting up, including Dial-A-Prayer, so why not a line to God?

Little’s version featured trumpet flourishes, a military snare drum beat and a backing chorus to create an Onward Christian Soldiers gospel feel to the song; the production standards were impressive given only two track tape recording equipment was available. It was not a genuine rock and roll record, but at the time the charts were a curious mix of MOR ballads, instrumentals, early rockers, movie soundtrack themes, teen idol pop, country/rock/pop crossover and novelty songs, so Jimmy’s Royal Telephone fitted neatly into this period, when genres were fluid and trends were ephemeral.

Jimmy was also aware of an undercurrent of racism in Australia at the time, songs such as Charlie Drake’s My Boomerang Won’t Come Back and Rolf Harris’s Tie Me Kangaroo Down Sport, either lampooned or cruelly racially stereotyped indigenous Australians, but were very popular.

Aborigines were only enfranchised to vote in Federal elections in 1962 but would not be able to vote in Queensland State elections until 1965, they were not included in the National Census until 1967, the Bulletin weekly magazine did not remove its masthead motto “Australia for the White Man” until Donald Horne’s editorship commenced in 1960, and the Stolen Generation of Aboriginal children was still in full swing and would remain so until the next decade.

But Little took a non-confrontational position, believing that he could do more for Aborigines by being a peacemaker, as he stated in David Nichols 2016 book Dig – Australian Rock and Pop Music 1960-1985 “I had a freedom that excluded me from being prejudiced against. Because I was non-threatening. I was an ally of everybody. Wanting to be an interpreter, communicator and a person who can explain situations. I didn’t want to jeopardize that by saying I belong to this ethnic and/or political) group.”

Little followed up with One Road in 1964, a similarly uplifting ballad with evangelical metaphors, written by a 17-year-old Barry Gibb, which charted #31 becoming one of the earliest hits written by the Bee Gees, Jimmy’s last top forty single hit would be Baby Blue, which climbed to #24 in 1974.

He did enjoy a career revival in the 1990’s with his silky Johnny Mathis-style vocals on the 1999 album Messenger, which included covers of songs by Nick Cave, Crowded House, Paul Kelly, and the Church, it was a #29 hit nationally and won the ARIA Awards for Best Country Album and Best Adult Contemporary Album in that year, Jimmy was also inducted into the ARIA Hall of Fame in 1999 along with Richard Clapton.

He was a revered father figure to younger indigenous performers and he vicariously enjoyed the success of such emerging Aboriginal performers as Christine Anu, Archie Roach, the Warumpi Band and Yothu Yindi in the 1990’s. Jimmy Little had battled kidney disease for much of his adult life and sadly passed away in 2012.