Margaret Urlich (born 1965) was part of a large Auckland family of seven children whose parents Victor and Jean shared Maori and Yugoslavian ancestry and raised their children as strict Catholics in the working-class suburb of Blockhouse Bay. Margaret began performing with her brother Patrick’s band Corners in 1983 and by 1985 she was co-lead singer with the group Peking Man (below) who scored a local #1 hit with Room That Echoes. A year later Margaret and four of her friends formed the all-girl group When the Cats Away, a cover group who were a popular live act around the country.

Around this time Urlich was beginning to focus on a solo career and looked to Australia to provide her with an opportunity to spread her wings professionally, however in 1987 her family was emotionally grief-stricken at the suicide of their youngest daughter, and it would not be until 1988 when Urlich relocated to Sydney. CBS executives Denis Handlin and Peter Bond envisaged a bright future for her and she inked a contract with CBS, which specifically excluded the rest of her band from the deal.

Upon arrival in Sydney Urlich was less than enamored with the local music scene “There’s no Pacific Islanders there and I think that’s quite strange because my dad’s half Māori and I’ve always had that influence. It’s totally Whitesville and that’s reflected in the music as well. There’s no soul music, it’s very much rock and roll. There’s people who want soul music but the radio won’t play it, it’s such a male rock tradition there.” (RipItUp, October 1992) 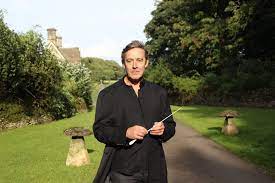 This was the era of Jimmy Barnes, John Farnham, Midnight Oil, and Hunters and Collectors, and Australian Pub Rock was still in its pomp, but she also heard the dance-pop music of I’m Talking and the Rockmelons, and was particularly impressed by their refreshing, multi-cultural merging of funk, soul and hip hop on their song New Groove (#21 in ’87), their producer was Brit Robin Smith (above), and she made her way to the UK in 1988 to work with him on her debut Australian release. 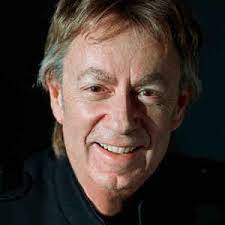 In September 1988 she and Smith went into Studio 301 (Syd) to record Urlich’s debut solo album Safety In Numbers, Smith and Urlich contributed tracks as did 1970’s British pop star Barry Blue above (Dancin’ (On A Saturday Night) and Do You Wanna Dance, both in 1973), Smith produced and arranged the album and the first single lifted from it was the beguiling pop of Escaping.

Blue and Smith co-wrote the song and Urlich’s was the original version of the song to chart, other later versions by British female soul trio Asia Blue (UK #50 in ’96) and British solo performer Dina Carroll took the same melody with revised lyrics to a #3 UK hit in 1966, but they were inferior versions to Ulrich’s original from 1990, which was smooth, slick, soulful, adult contemporary pop. 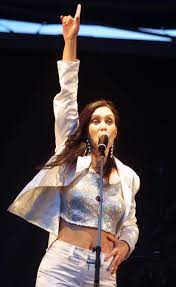 The song opens with subtle percussion, flute, bass, keyboards, and synthesizer to establish a jazz-inflected ambience, the lyrics are caressed by Urlich’s soulful and resonant soprano “To a land faraway/ There’s a secret place/ Where no-one can hurt you/ Desert you, no-one hurts you/ That’s why I’m escaping…”. The tempo and volume of the song gradually rises as Urlich reaches the emphatic killer chorus “Starry-eyed am I/ Knowing when I try to get you/ love brings me out of myself/…No use in falling, fool for the taking/ There’s no more escaping you.”

Escaping would be her debut hit in Australia, charting #13 here and #1 in NZ, the album Safety In Numbers was a bona fide trans-Tasman hit climbing to #4 in NZ and #7 in Australia where it sold 240,000 copies, Margaret won the1991 ARIA Award for Breakthrough Artist, and the album was the ninth best-selling album of 1990 in Australia.

Prior to the release of Safety In Numbers which was in lengthy post-production, Urlich guested on Dave Dobbyn’s single and video Love Like I Should, and famously also guested on Darryl Braithwaite’s cover of the Ricki-Lee Jones /Walter Becker song The Horses. This song would become an iconic hit and crowd favorite over the journey for Braithwaite, however Margaret refused to appear in the video with Darryl. She was waiting for her debut album to be released and wanted to be taken seriously as a solo singer, not just to be seen as backup eye candy. Her place in the video was taken by the model Gillian Mather, who lip-synced Margaret’s vocals on a sun-drenched Australian beach, and was quickly dubbed Gilli Vanilli, after the infamous duo Milli Vanilli who had several big hits but never actually sang a note. Margaret subsequently regretted not appearing in the video, and fellow Kiwi Kimbra had no problem twenty-two years later featuring with Gotye on their mega-selling global smash hit Somebody That I Used To Know.

In 1993 Urlich recorded a cover of the Roberta Flack /Donny Hathaway song Where Is The Love (1972) in a duet with Rick Price, this was a famous song recorded by Flack and Hathaway who had met as classmates at Washington’s Howard University and been inspired by Marvin Gaye and Tammi Terrell to perform and record duets. Where Is The Love was originally to be given to the 5th Dimension to record but Hathaway decided to keep it for himself, it was a #1 hit in the US, sold a million copies and won a Grammy award in 1972. Urlich and Price took their version of the song to #31 locally, and Margaret would also star as Mary Magdalene in the NZ cast version of Jesus Christ Superstar.

Urlich’s second album Chameleon Dreams was another collaboration with Robin Smith which scored well in Australia at #5 but stalled at #18 in NZ, the single Boy In the Moon stuttered to #27 locally. Total album sales of 70,000 were in contrast to the success of her debut album; and after the poor sales of her third album The Deepest Blue, Sony did not renew her contract. She is currently married to Australian sound engineer George Gorga and they live with their children in a house/studio located at Bowral, in the Southern Highlands (NSW).