The Kiwi invasion of Australia was in full swing in the early sixties, and Dinah Lee, (real name Diane Marie Jacobs) from Wairnate on NZ’s South Island, quickly established herself as the most prominent female artist of the early mod rock era, after she left Cashmere High School and focused on a career in show business.

Dinah’s father and his siblings were all talented instrumentalists and she got her first break singing at The Country Club Cabaret, her dad’s nightclub in Christchurch. She performed with several local bands including The Playboys and The Saints, whose lead singer Phil Garland was briefly Lee’s partner, and she made her TV debut on Christchurch TV’s “new faces” show, Time Out for Talent. 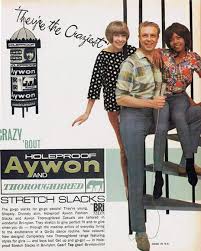 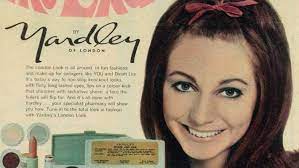 Dinah augmented her income with some modeling and her trademark Vidal Sassoon hairstyle (a sleek bob-style), Mary Quant wardrobe (mini-skirts, Peter Pan collars, tunic dresses, white boots), and mod makeup (rounded expressive eyes, heavy mascara, iconic full lashes, light pouty-lips) which became an integral part of her image. Dinah and the Playboys secured a residency at Auckland’s Top Twenty Club after Max Merritt and the Meteors decamped to Australia in 1963, and once Ron Dalton of Viking Records caught Dinah’s act, she was signed to a solo recording contract.

Following the Beatles tour of New Zealand in 1964, local bands were looking to emulate their beat group idols, scouring back catalogues and obscure album tracks to find songs that could be given the new beat treatment, a Dee Dee Sharp album track from 1963, would become just such a song, and it would ignite the career of Dinah Lee.

American R&B/soul singer Dee Dee Sharp (real name Dione LaRue) had started her career as a backup singer in her home town of Philadelphia for such artists as Lloyd Price, Chubby Checker, Bobby Rydell, and Jackie Wilson, when she landed a contract with Cameo /Parkway Records. Her career quickly took off when she produced a string of chart hits including two million sellers – Mashed Potato Time and Ride! – and several other top ten hits including Slow Twistin’ (a duet with Chubby Checker), and Do the Bird, she was also a regular performer on Shindig and Bandstand. In 1963 she released her album Down Memory Lane which featured the original version of Don’t You Know Yockomo, a song written by Huey “Piano” Smith, and Ace Records chief Johnny Vincent. Dee Dee’s version had a strong Motown/Atlantic ambience to it with prominent organ, brass, handclaps, and traditional negro call and response vocals, and although it was never released by Sharp as a single, it certainly had potential. Dinah Lee’s version didn’t stray too far from the original, except for the absence of keyboards and the more prominent 4/4 beat treatment of the song, which was so popular at the time. 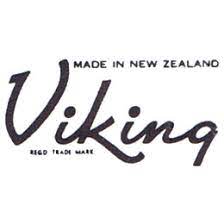 Dinah Lee and Max Merritt and the Meteors went into the Viking recording studios in 1964 with producer Ron Dalton, to cut Lee’s debut single, and her effervescent version of Don’t You Know Yokomo,would come to define her style and her status in the heady days of the rise of mod rock in New Zealand and Australia in the Swinging Sixties. Left to Right below- Ron Dalton, Peter Posa, Dean Martin, and an unidentified Viking executive.

Dinah carried off the nonsense lyrics with great panache, a catchy call- and-response chorus, boundless energy and the peerless backing of Max and the Meteors, the song hit #17 in Australia and stayed on the charts for 30 weeks, it also scored a debut #1 for Dinah in NZ.

Dinah quickly became the “Queen of the Mods”, her follow-up single two months later was the double-A side record Do The Blue Beat, a recent ska hit for Little Millie backed with Reet Petite, a beat cover of a Motown R&B song previously recorded by Jackie Wilson in 1957, and it was this song that became another solid charter for her at #16 nationally and #1 in NZ . It was written by Berry Gordy, his first wife Gwen, and Jackie Wilson’s cousin Billy Davis, it charted strongly in the UK at the time and kept Gordy’s Motown Records financially afloat in its early days. The term “reet petite” was borrowed from a Lous Jordan song Reet, Petite, and Gone, and it was a negro colloquialism which described a girl, and it meant right or good, and petite is a French word meaning dainty, small, or attractive. Jackie “Mr Excitement” Wilson was a one-of-a-kind entertainer, and on his version of this song, which featured lots of brass and bass, he used all his vocal tricks – stuttering syllables, melismas, trills (rolling R’s and D’s), and urgent whoops; he had an operatic multi-octave range and although Dinah’s beat version of the song was catchy and of its time, she was no match for Jackie’s original version.

Dinah performed as a support act on tours by such international artists as P J Proby, the Searchers, Peter and Gordon, Del Shannon, Eden Kane (below with Dinah), and “Little” Millie Small, and was a regular performer on Australian Bandstand and Johnny O’Keefe’s Sing, Sing, Sing. Subsequent singles Who Stole the Sugar, and I’m Walkin’ failed to impress and her last two top 40 hits in Aust were I’ll Forgive You Then Forget You (#38 in ’65) and I Can’t Believe What You Say (#31 in ’65). 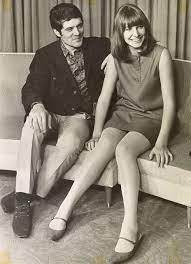 Dinah had international exposure in both the UK and the US at the time, she lived in London and recorded demos with Chris Blackwell who would go on to establish Island Records, and she partied with the pop stars of the day – David Bowie, Mick Jagger, Marianne Faithful, Steve Marriott, and in the USA, where she joined Glen Campbell, the Righteous Brothers and Ray Charles in a rendition of Ray’s hit song Hit the Road Jack and then sang Roadrunner with Glen Campbell, and Jerry Naylor, on the legendary TV show Shindig. Below the Roadrunner clip from 1965.

She is currently a very fit 76 years of age and was the Over 35 Female Bodybuilder Champion of Australia in 1984, she continues to be a regular on the heritage rock circuit here and in New Zealand. Dinah was inducted into the NZ Music Hall of Fame along with Max Merritt, Johnny Cooper, and Larry’s rebels in 2020, and her last album release was Islands in 2008.