Tim Freedman and guitarist Stevie Plunder (real name Anthony Hayes) formed the Whitlams, named after former PM Gough and his wife Margaret Whitlam, in 1993, and were soon joined by bassist Andy Lewis. They took their early musical cues from 10cc, Graham Nash, Gilbert O’Sullivan, and Elton John, and were regular performers at such Sydney venues as the Sandringham and Annandale Hotels. L-R Below Tim Freedman, Andy Lewis and Stevie Plunder, 1992.

Despite releasing several albums between 1993-95, chart success eluded them. Plunder took his life in 1996 but Freedman decided to continue, he restructured the group and issued a new album, this was Eternal Nightcap which became their first top ten hit and yielded the haunting, quirky, and introspective single No Aphrodisiac.

Tim was separated from his current girlfriend, Martine Murray (below), who was living in Melbourne and feeling that they were drifting apart, he penned these lyrics, “A letter to you on a cassette/ ‘Cause we don’t write anymore/ Gotta make it up quickly/ There’s people asleep on the second floor.” 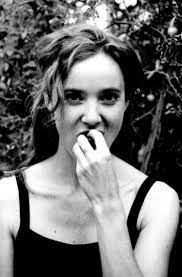 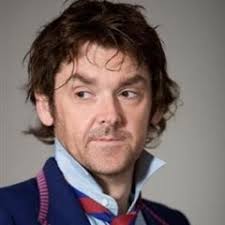 Ford and Dormand had also been working on a song separately which included excerpts from personal ads in newspapers and six of these lines, which are quite hilarious, were also included in the fourth verse “Forty, shaved, sexy, wants to do it all day/ With a gun-toting trigger-happy tranny named Kinky Renee/ Tired teacher, twenty-eight, seeks regular meeting/ For masculine, muscular, nappy-clad, brutal breeding/ While his wife rough wrestles with a puppy all aquiver/ In a wine-soaked, strobe-lit Asiatic hall of mirrors.” 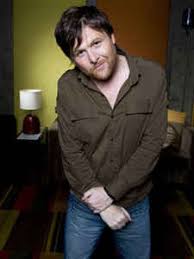 The song is essentially a melancholy piano-based ballad, percussion, strings, guitar and backing harmony vocals add to the mix, but it has a minimalist, sparse, and foreboding ambience. The record was ignored by the major labels but independently produced by ex-pat Brit Rob Taylor and Freedman, and released on his Black Yak/Phantom label, without a promo video, no marketing budget, and no commercial radio airplay, remarkably it won the APRA Award for Song of the Year in 1998 and scraped into the top 50.

But the album Eternal Nightcap hit #8 and indicated that those who had pigeonholed the Whitlams as a uni bar band destined to grind out an unfulfilled indie existence in Newtown (Syd), may have judged them prematurely.

The Whitlams second album was the big budget Love This City and ringmaster Freedman assembled a talented group of session musicians around him, Warner Music were now on board financially and Freedman drew on an eclectic palette of sounds – pop, rock, soul – to create a distinctive Australian sound, and a dizzying lineup of local and international producers – Rob Taylor and Daniel Denholm locally, Joe Hardy in Texas (USA) as well as Freedman himself.

The title track is a funky, soul-inflected song whose structure is reminiscent of Burt Bacharach and Al Green, Marcia Hines delivered soulful backing vocals at the intro, and the highly topical third person narrative tells the story of a young man who loses his job and wanders drunkenly by the harbor on the night that the IOF announces that the 2000 Olympic Games have been awarded to Sydney “It dawns on him – the horror- we got the Olympic Games… “You gotta love this city for its body and not its brain.”

The song is imbued with a mellow hypnotic quality and a slightly sinister sentiment that suggests that the city has prostituted itself by selling its natural charms and unique culture for commercial gain and Olympic prestige.

The song also reflected the high quality of the musical arrangement and performance of the assembled artists as well as the production skills of Rob Taylor and Freedman –Hammond organ flourishes from Clayton Daley, guitars by Mark Punch and Jacki Orszaczky (bass), additional flute, congas and tabla by Babs Marimba and Jess Ciampa, drums and bells by Hamish Stuart and Tim Freedman on electric piano and lead vocals, combined for a mesmerizing effect.

This single failed to chart, despite the fact, that it is generally regarded as the best song written about Sydney, and one of the most poignant songs ever composed that evoked a shared sense of place.

The third song released from the Love This City album was Blow Up the Pokies, co-composed by Freedman and Greta Gertler, a song that laments the malaise of poker machines and their insatiable appetite to rob people of both their savings and their personal dignity.

In 2000 the band’s original bassist Andy Lewis took his life, a death that was attributed to his gambling addiction, particularly his fatal fixation with poker machines or “pokies” as referred to in the song’s title. The infiltration of poker machines into pubs and clubs throughout Australia had been rapid and comprehensive, and the very spaces that bands such as The Whitlams once occupied in these venues were now festooned with banks of gleaming, flashing, beeping “one-arm bandits”.

Lewis was the second original band member to die at his own hand and it impacted considerably on Freedman who was moved to write the pugnacious The Curse Stops Here, a vehement declaration of his will to survive and not perpetuate a “Whitlams curse”.

Freedman’s piano intro on Pokies is soon accompanied by the rhythm section, guitars and an uplifting string section arranged and conducted by Daniel Denholm which takes us to the rousing chorus’s call to arms “And I wish I, knew the right words/To make you feel better, walk out of this place/ and Defeat them in your secret battle/ Show them you can be your own man again.” The song was a knowing, personal, and emotional reflection on the loss of a friend and bandmate by Freedman.

The recording session included the cream of available talent, Freedman on piano and vocals, was joined by – Mark Punch and Ben Fink on guitars, Terepai Richmond on drums, bassist Alex Hewetson and Lara Goodridge on harmony backing vocals. Blow Up the Pokies charted at #29 and the album Love This City was another major national success at #2.