Casey Ray Donovan (1988) was born in the south-west Sydney suburb of Condell Park, within the Canterbury- Bankstown municipality to Merv and Tracey Donovan, a family of indigenous descent with several members, including her father and several brothers, forming part of the indigenous country band the Donovans. Following her parent’s divorce in 1990 she was raised by Tracey and her stepfather Norm Axford, both encouraged her to learn the guitar and sing, and she began busking at the Tamworth Country Music Festival when she was just ten. Her talent was noticed whilst a student at Condell Park High School, in 2004 she transferred to the Australian Institute of Music (Syd) and at the age of 16, became the youngest person to reach the final twelve in the second season of the Australian Idol competition. Casey below with her parents Norm and Tracey and two brothers. 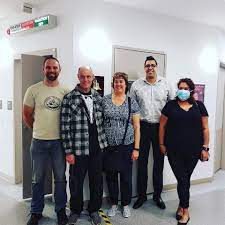 In November 2004, at the age of 16 she became the youngest winner of Australian Idol, when she surprisingly beat the favorite Anthony Callea, whose performance of the power ballad The Prayer during the elimination rounds was regarded by many as the best-ever performance by an Idol contestant. Below- Callea and Donovan

In November she duly released her final night song, the big ballad Listen With Your Heart, written by American tunesmith Dianne Warren and previously recorded in 2003 by US Gospel singer CeCe Winans as a track on her Everlasting Love album. Below Dianne Warren.

Winans was a gifted gospel singer from Detroit who was edging towards a more commercial soul sound and already had a US #8 hit record to her credit in a duet with Whitney Houston, entitled Count On Me in 1996. It’s almost impossible to compare the lilting, honeyed, soulful inflexions of CeCe with the autotuned, sanitized, doused-in-reverb vocals of Casey, because sadly they are worlds apart. But Casey did have the unstoppable Idol momentum behind her, and as a winner, she was almost guaranteed a hit record with her first release. Below CeCe Winans. 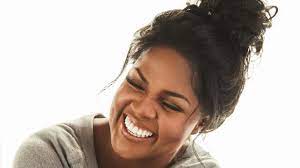 During the elimination rounds fans had warmed to young Casey as a somewhat gifted but awkward young girl, whose growling, uncontrolled vocal power was both surprising, and endearing, she was naïve, not at all media savvy, nor contrived or predictable in a glamorous showbiz way. Anthony Callea on the other hand was the complete antithesis of everything that Casey Donovan represented, he was older, knowing, focused, slick, and formidable.

The choice of song for Donovan’s debut release was predominantly made by Sony/BMG music and Fremantle/Network 10 personnel, it was a contemporary ballad which fulfilled the vague, thematic function of such a genre signature song – lyrics that came straight from greeting card homilies, IKEA wall plaque slogans, and snapchat memes, while musically it traded on gently orchestrated piano, synth strings and guitars, rising and falling in predictably manipulative tempo and volume shifts, to ultimately convey the all-important life-affirming message – “listen with your heart”.

The decision to autotune Donovan’s voice in way that removed all the endearing imperfections and irregularities of her natural sound meant that the song lacked real texture, and she didn’t sound like the singer in the Idol contest, at times the backing choir were so forward in the mix, it was difficult to hear her at all. Guy Sebastian observed that Casey’s song choice did not fit her “dreadlocks and grunge image”, and although it briefly hit #1, sales of 140,000 copies were disappointing, and less than half of the sales of runner-up Anthony Callea’s The Prayer. The promo video too was a very confusing combination of images with Casey sitting on a moth-eaten sofa in a room with paint peeling off the wall, she walks to the window, clouds are scudding by, she “listens with her heart” and follows her path, illuminated by party lights, she looked uncomfortable throughout the video, and her voice seemed strained at times. Despite taking her debut album For You to #2 locally, and notching up sales of 210,000, by 2006 Casey had been dropped by Sony/BMG and was looking for a new recording contract, at the same time Callea was recording his second top ten album, and would still be taking albums up to #1 with Sony in 2017, while Casey was moonlighting as an Uber driver to make ends meet.

Bad luck seemed to dog Casey Donovan post- Idol, at the announcement of her win the Idol sponsor Telstra accidentally linked her to a memorial website set up for the late gay porn actor Casey Donovan. For six years throughout the period 2004-2010 Donovan was the victim of a catfish hoax which enmeshed her in a relationship with a persona named Campbell, supposedly a man who subsequently morphed into a woman by the name of Olga, who was actually one of Casey’s friends. The experience left Donovan feeling manipulated, abused, and isolated and it took some time before she could establish a loving and mutually trusting relationship with hospitality manager Jade Sharp in 2020. Below Casey with “Campbell”/Olga.

Musically Casey has secured leads in live music theatre over the past decade in (left to right) The Mamas and Papas Story, The Sapphires, and Chicago, and continues to release EPs to the market independently- Eye2Eye (’07), Off The Grid and Somewhere In Between (’17) 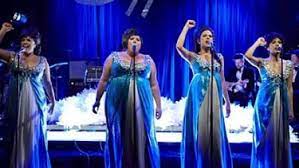 Casey Donovan was always going to be an uncomfortable fit in a world where Idol alumni were expected to be malleable, prepared to be commodified, and to permit the star-making machinery behind the scenes to define her future, when in reality she was always raw, messy, vociferous, and vulnerable, and determined not to sell out, and at the time she was only 16 anyway! Below Casey with her current partner Jade Sharp.