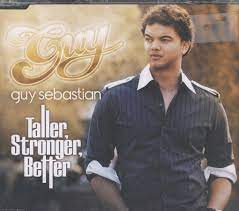 Following the success of his debut album Just As I Am, Sebastian toured nationally to promote his second album Beautiful Life, the first single lifted off the album was Out With My Baby, a solid #1 hit and the third consecutive chart topper for the Idol winner.The second single released was Kryptonite, a melisma-riddled semi-ballad that lacked a genuine hook, and had the same impact on Guy’s chart success as Kryptonite had on Superman, it was undistinguished musically or lyrically, and charted a lowly #16. The promo clip did little to promote the song, Guy aimlessly wandered around what looks like an abandoned mine site with slagheaps all round, and steam or fumes ominously rising from the ground, like a volcano or a mineral springs, the metaphorical link to Kryptonite got lost in the fumes.

Oh Oh was the third single released and Guy returned to form here, channeling his inner Ricky Martin with acoustic guitar intro, Latin rhythms, mariachi trumpet, and an early attempt at lyrical rapping. DJ scratch sounds accompany boombox break dancers who appear in the promo clip, and Guy was cool, relaxed, and pretended to have a haircut at the same time as the action unfolded, and the song climbed to #14 nationally. 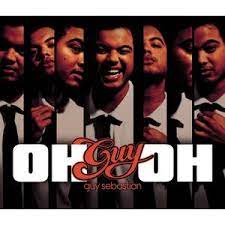 He performed in front of 150,000 people at the 20th anniversary SAFM Sky Show in Adelaide, and appeared as a mentor on the inaugural It Takes Two TV show, he also began to put down his third album, Closer To The Sun, with Australian songwriter/producer Jarrad Rogers. 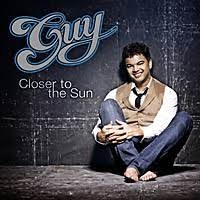 Upon release the album was a rather confusing genre mix of pop, R&B, soul, jazz, and power ballads, it seemed like it was a creative fork in the road for Sebastian; he had always favored soul and rhythm and blues music and would over time naturally gravitate towards rap and hip hop as a way of expressing himself musically. He knew that the more he embraced the sounds of urban black music from America, the further he would distance himself from his original Idol fanbase, who expected power ballads and catchy pop songs, so he would have to make some career-defining choices about his future, aware that Sony/BMG would want a future dividend on their investment in their new star. Guy still had sufficient Idol-momentum to continue to produce hits though, and the first single released, the emotive and somewhat overwrought power ballad Taller, Stronger, Better, written by Australians Phil Turcio (Vanessa Amorosi, John Farnham, Jimmy Barnes) and Gary Pinto, a vocal coach on both Idol and X Factor and former member of R&B dance group CDB, seemed to be right in the slot for his attractive tenor voice.

Keyboards and strings intro the song which builds to a virtuoso vocal finale by Sebastian, it charted #6 nationally and was followed by Elevator Love, a co-composition by Sebastian and Jarrad Rogers who had previously worked with Delta Goodrem, Ricki-Lee Coulter, and Jimmy Barnes.

It was more of the same here, guitar intro segues to percussion, bass, and technobeats, in the video, Guy meets his neighbor in a stylish old apartment building, it was actually Sydney’s Queen Victoria Building,  and the neighbour just happens to be the former Miss Universe Jennifer Hawkins. Guy sings in the antique elevator with his band, then helps his glamazon neighbor to pick up some fruit she has dropped, apples to be specific, the Garden of Eden temptation metaphor was clunky, but the song charted #9 and the album Closer To The Sun climbed to #5.