During 2009-10 Kylie was involved in several side projects and tours that took her away from the recording studio for two years, in 2008 she participated in the making of a documentary of a day in her life with Chilean director Alexander Dahm. 12 Hours was really just a puff piece to promote the diva, but it did generate adverse publicity when Kylie and Alexander seemed to be having a fling together, at the time his wife was pregnant with their second child, and the tabloids seized on the standard “love rat/home -wrecker” angle despite public denials by Minogue to the contrary. Below L-R – Tabloid coverage, Kylie and Dahm in transit. 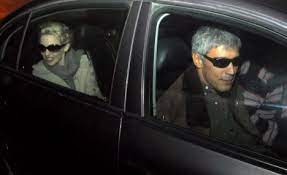 In 2009 Boombox- The Remix Album 2000-2008 was released which featured dancefloor highlights from her career reconstructed as fizzy, flamboyant, extended plays, but the market was only mildly impressed with a #28 in the UK and #72 in Aust.

Kylie now turned to television situation comedy in a collaboration with writers Mat Horne and James Corden, but critics slammed the show even though Kylie’s guest appearance in the fifth episode was generally praised, it staggered to the end of its run and disappeared from the screens. 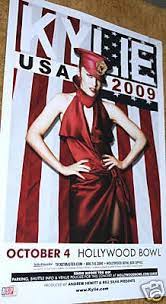 From September – October 2019 Kylie headlined her For You, For Me Tour of the USA/Canada, a five-city tour which included Los Angeles, Las Vegas, Chicago, New York and Toronto, at venues where crowds ranged from 3,000 – 8,000, financially it was a loss-making goodwill tour. Over her career Kylie had little to show for her forays into that market, two solo Australian females had already blazed a trail in the USA- Helen Reddy and Olivia Newton-John – but except for the occasional hit single such as Locomotion and Can’t Get You Out of My Head, and the album Fever, Kylie’s US chart penetration would be restricted to taking ten songs to the top of the US Dance charts. L-R below Michael Gudinski, Mushroom Logo, Roger Davies. 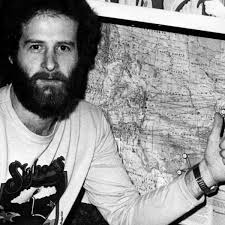 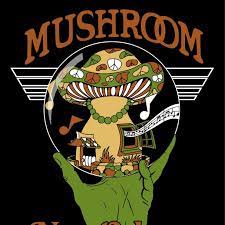 As a Mushroom recording artist she was aware that none of Michael Gudinski’s roster of Australian artists – Jimmy Barnes, Paul Kelly, Hunters and Collectors – had cracked the US market, and in this regard Gudinski would always be unfavorably compared to his former Mushroom colleague and Australian nemesis, Roger Davies. Roger had artfully guided not only Sherbet to success locally in the days when the local scene was Skyhooks (Gudinski/Mushroom) vs Sherbet (Davies/Infinity), but later he would manage such artists as Tina Turner, Olivia Newton-John, James Reyne, Cher, Sade, Pink, Mick Jagger, Janet Jackson, and Joe Cocker, from his base in the USA, and emerge as an Icon of the Australian Music Industry, an honor bestowed on him by ARIA in 2017.

One of Kylie’s strangest side projects at this time was her participation in a Bollywood movie, she accepted a $1 million fee to play a cameo role in Blue, a typically overheated potboiler/melodrama/musical from the sub-continent,which involved illegal racing, drugs, mobsters, sunken treasure, and of course a new song by Kylie called Chiggy Wiggy, which was the centrepiece of a riotous club scene, described by the local media as “meaningless cacophony”.

Kylie’s 11th studio album Aphrodite was released in July 2010, and the first single pre-released a month earlier was All The Lovers, a song written by Kish Mauve (Jim Eliot and Mima Stilwell) who had already written 2 Hearts for Kylie in 2007, it was a laid-back slice of electronica and lyrically Kylie professed her desire for her new beau (Andres Velencoso) and discounted all her previous lovers, in intimate semi-whispered vocals, so the song was also modestly autobiographical. At this time Kylie was slugging it out with Lady Gaga for supremacy on the electropop/dance charts and this song was popular on both sides of the Atlantic, peaking at #3 in the UK and rising to the top of the US Dance charts, it was also a #13 hit in Aust, and #11 in Japan.

The music promo was glitter-ball glitzy, directed by Joseph Kahn and filmed in downtown LA, as a reimagination of the controversial human installations by American artist Stephen Tunick, infamous for bringing together large numbers of nude people in public places. The video begins with a flash mob of people kissing and stripping off in an empty street, an ever-expanding tower of people is then surmounted by Kylie; dressed provocatively in a white cobweb t-shirt stretched over black underwear, and kinky boots. The pyramid continued to spiral up, lifting Kylie further into the air, dwarfing the LA skyscrapers, it was sexy, controversial, and a possible anthem for a post-Pandemic world, where social distancing would no longer be the norm.

The second single lifted off Aphrodite was the dazzling electropop of Get Outta My Way, its synthy, cantering beats and funky keyboards were matched by Kylie’s sassy, girl power vocals, as she mocked a boring boyfriend, and at the same time cleverly imbued a dancefloor belter, with feminist assertiveness. The music video was excellent, Kylie and 16 predominantly white, blond-haired Aryan youth-style dancers writhed around on an illuminated electronic dancefloor, as glowing streaks of laser lights followed their movements. But this single flopped, radio stations didn’t warm to it, the album had already been a hit globally, #1 UK, #2 Aust, #3 Germany, so fans already had this song, and although it climbed to #1 on the US dance charts, it stalled at #12 in the UK and #69 in Aust, perhaps Get Outta My Way should have been pre-released before the album and after All The Lovers.