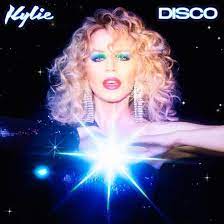 Disco was Kylie’s 15th album in a career spanning 33 years, it became her 8th UK and 7th Aust #1 studio album, and flagged a return to the dancefloor for the diva, in the form of engaging adult pop, not formulaic or hackneyed in any way, but as always conveying that special Kylie mix of vulnerability and eroticism. Mature performers like Minogue who turned 53 in 2021, Madonna who was 63, and Cher who was still touring at 72, are all pop icons, who engaged with a loyal fanbase at an early age, and whose loyalty has remained undiminished, so with Disco Kylie became the first female artist to have a #1 album in Britain across five decades – 80’s, 90’s 00’s,10’s and 20’s – as her fans grew up with her, and celebrated her chameleon-like ability to continue to evolve and surprise them as a performer. 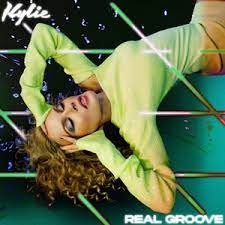 Disco’s album tracks varied from the heartbreak funk of Real Groove, to the uplifting euphoria of Celebrate You, the disco vibes of Miss a Thing, the Prince meets Chic and Sister Sledge on the edgy Dance Floor Darling, while Supernova recalled the ambience of Daft Punk’s vocoder-washed synthetic boogie riffs.

The first single released was the iso-anthem Say Something, written by Minogue and long-time collaborators Biff Stannard, Ash Howes, and Jon Green, finds Kylie still looking for love “We’re a million miles apart in a thousand ways/ Baby, you can light up the dark like a solar scape/ And I can almost feel you coming and your heartbeat race/ Someone, somebody, something, in the choice we make. In interview with BBC Radio 2 she commented “The song is about all of our eternal quest for love and searching and knowing that there’s someone out there you can relate to, and will make you a better person.” Vocally Kylie channeled her inner Cher on this one, and lyrically her stream-of-consciousness-inspired approach indicated just how far she had evolved as a songwriter, her appetite for greater risk-taking and experimentation in her songs was reflected in all 12 songs on the album, which she co-composed, and she paid tribute to the musical legacy of Earth, Wind and Fire, as inspirations for her own music. The music video was directed by Sophie Muller and filmed in the Black Island Studios in London, and featured Minogue and her dance partner Kaner Flex, moving around in front of a galactic backdrop, as Kylie travelled through the universe bestride a golden horse sculpture, shooting lasers from her hands, it was a moderate hit charting #5 in Aust, #38 US Dance charts and #56 in the UK.

Magic was released in September 2020 after Kylie collaborated with Scandinavian songwriters/producers Michelle Buzz, Teemu Brunila and Phd (Peter Wallevik and Daniel Davidsen), and it was a typically uplifting disco pop song, which was reminiscent of Katy Perry’s Chained to the Rhythm, which was another classy Scandi-pop song released in 2017. Horns, funky strings, percussive handclaps, and staccato keyboards, glide smoothly along with Minogue’s light and airy vocals, as Kylie merges 80’s synths, 70’s disco, with 00’s dance pop, in a joyful mix as a heady kind of romanticism envelops the song and the music video. Sophie Muller filmed the clip at the Fabric nightclub in Farringdon (London), and it was an homage to British club culture, with Kylie and several dancers, taking to the floor, it has notched up over 10 million views on YouTube thus far.

Thirty-four years after her first hit with Locomotion in 1987, Kylie Ann Minogue, AO, OBE, is very much in the driver’s seat of an incredible career, she has duetted with everyone from Nick Cave, Jason Donovan, Robbie Williams, Tove Lo, James Corden, Keith Washington, Jack Savoretti and of course her younger sister Dannii. She has had chart-topping albums in each decade since the 1980’s, including her most recent hit 2020’s Disco. She has been a pop icon in Australia with 10 #1 singles, and 6 #1 albums, as well as in the UK with 7 #1 Singles and 6 #1 albums, she has also taken ten singles to the top of the US Dance charts, has received 16 ARIA Awards, one Grammy Award, and was inducted into the ARIA Hall of Fame in 2011 by Julia Gillard. Her career achievements also include global record sales of 100 million, 3 Brit Awards, and she has also become an official standard of measurement for social distancing, as at 1.52m tall “staying a Kylie apart from other people” has become part of the lexicon of the pandemic. Below Top L-R – Jason Donovan, Olivier Martinez, Bottom L-R – Andres Velencoso, Joshua Sasse.

Kylie has also fascinated the UK tabloids for nearly thirty years as she paraded a dizzying lineup of suitors before the paparazzi, her fascination for dating singers -Jason Donovan, Michael Hutchence and Lenny Kravitz – was soon succeeded by a conga line of B-grade actors – Stephane Sednaoui, Olivier Martinez, and Joshua Sasse – and several not-so-bright male models – James Gooding, Andres Velencoso – and currently style magazine executive Paul Solomons. Rumours that Kylie and Solomons are engaged have proved as difficult to substantiate as predictions about Kylie’s imminent bethrothals in the past. The Impossible Princess has been accused by her past lovers for being career-obsessed, commitment-phobic, a robotic control-freak, and workaholic, and despite several long-term relationships, many of these have disintegrated in a war of words, accusations of infidelity and cuckolding, and stressful recriminations and counter-claims, but Kylie never seems to be quite ready to tie the knot, or actually commit. Below L-R- Helen Reddy, Olivia Newton-John, Kylie Minogue. 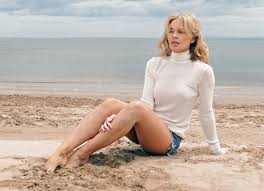 Kylie Minogue, Olivia Newton-John and Helen Reddy are the most dominant trio of Australian female performers ever, Olivia dominated the period 1971-1985 just as Kylie dominated the period 1987- 2009, Olivia was a huge global success with a massive US market presence, and solid support in her home market, with total global sales of over 100 million records. Helen Reddy was a trailblazer for Australian artists when she relocated to the USA and in the period 1971- 77 scored three #1 hits there and two #1 hits in Australia, she had no less than eleven top twenty hits in the US during this period, released over forty albums, and sold over 80 million records. Helen sadly passed away in 2020. Below L-R – Kylie with Jason Donovan, Michael Hutchence, and Nick Cave.

Kylie is also a global mega-star, with a dominant market in the UK and Australia and she continues to chart successfully into the second decade of the millennium, while Olivia continues to artfully mine her back catalogue and support her charities.