The fifth and final single taken off Delta’s debut album was Predictable, and the fact that it hit #1 also seemed to be inevitable, the song was written by Goodrem, Kara Dioguardi and Jarrad Rogers and produced by John Fields in Los Angeles and Melbourne, and sold over 140,000 copies. Below- John Fields 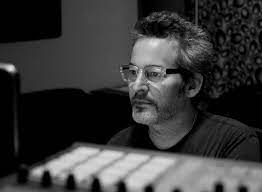 The intro to the song is soft and restrained, Delta’s vocals merge with piano, bass, and subtle percussion in support, and as the strings, guitars, and cello are added the volume increases, particularly on the chorus, then moves to a decrescendo as the verses resume. Delta was displaying more vocal subtleties as she used staccato on specific notes, slurs to portray a shift in emphasis and vocal melismas to extend a word or phrase, particularly towards the end of the song. Fields coaxed more animated vocals from Goodrem and the producer encouraged her to get in touch with her inner rock chick.

The lyrics depict a woman rejecting a man because she can see through his glib façade, for the real person that he is “You’re just so predictable/ In every way/ I want you to know I know your game/ It’s so unbelievable how you never change/You won’t get away with loving me/ Your just so predictable.” Below- Delta during chemo treatment, Delta and Natasha Bedingfield at the Stand Up To Cancer fund-raiser in 2010 in LA, and Delta with Olivia Newton-John who encouraged Delta during her illness. 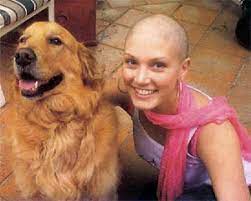 Delta would subsequently make a successful recovery from cancer, the physical and psychological therapy she would undertake in the future would impact on her life and her songwriting, and she would remain on a course of antibiotics for some time after her initial recovery. But to her credit she remained positive and committed about her career, and she would continue to dominate the charts throughout the decade and hit the #1 position another four times. Below L-R Wheatley and Goodrem, Wheatley, Wheatley and John Farnham 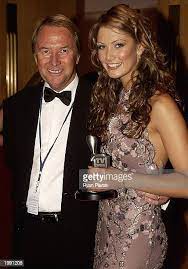 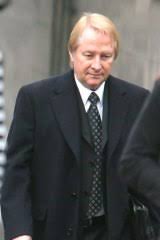 The sacking of Glenn Wheatley in 2003 by Lea Goodrem, Delta’s mother, supposedly because he was spending too much time promoting John Farnham, to Goodrem’s detriment, was harsh. Delta had just completed one of the most amazing debut chart performances in Australian recording history, the second most successful local album ever with Innocent Eyes, clocking up local sales of 1.2 million, only just behind Farnham’s Whispering Jack, over 4 million album sales globally, plus five consecutive #1 singles from her debut album for the first time in Australia, so surpassing Kylie Minogue’s previous record, and massive market penetration overseas, albeit not in the huge US market, which would remain an unfulfilled ambition throughout her career. Below – Delta and her mother Lea.

At the ARIAs that year Delta Goodrem won four awards, she thanked “my Sony family” and then “Glenn” in an aside, Wheatley was crushed and distraught. He may have ruefully reflected, at this time, on the famous Hunter S. Thompson description of the recording industry “The music business is a cruel and shallow money trench, a long plastic hallway where thieves and pimps run free, and good men die like dogs. There’s also a negative side”. Below – Delta and Jo Grogan, Marc Jacobs, Irving Azoff. 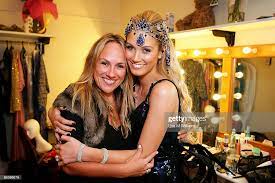 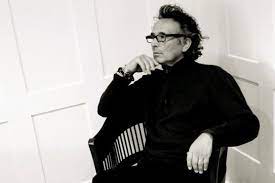 Less than two years later in April 2005, Delta would sack her mother Lea as her manager, her career seemed to be in freefall internationally following the dismissal of Wheatley, and her record label Sony-BMG insisted that they would not finance her promotion in the USA, if her mother continued as her manager. Later that year former Sony Music publicist Jo Grogan became Delta’s third manager and she would continue in this role until 2011, when Marc Jordan’s Rebel One Management group briefly became her manager only to be replaced by Irving Azoff’s Full Stop Management company in 2013. Azoff and his assistant Tina Kennedy, would become Delta’s fifth manager in ten years, as Goodrem’s career management support systems continued to spiral down along with her global chart performance. In contrast Kylie Minogue retained the same manager, Terry Blamey for 25 years, and throughout several label changes, health scares, and career fluctuations, she remained loyal to him, and together they shared great global success.  Below – Kylie Minogue and Terry Blamey.