Following the relatively poor performance of her second album Mistaken Identity, Team Delta had to re-appraise her music and her image, and recruit the songwriters and producers who could help to re-align her career path and direct her towards global pop stardom. Inherently this presented several challenges for Goodrem and her image-makers, as her music had thus far been pitched at 8-15- year-old girls, a key demographic with whom she seemed increasingly less engaged, in short Delta was having an identity crisis. 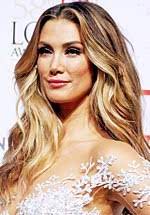 She is tall (1.78m) and good-looking in an ethereal, old-fashioned kind of way, but not in a pocket-rocket, bouncy, busty, dynamic kind of way like Miley, Katy, Britney, Kylie, or Gwen, or even in a more maturely sexy come-hither package like Mariah Cary, Jennifer Lopez or Fergie; because Delta is stately, elegant, slightly unattainable, like a masterpiece that you can look at, but mustn’t touch. 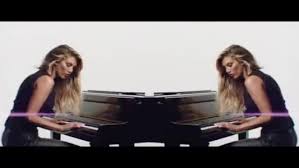 As a musician seated at a piano she is an oddity in a teenage pop landscape, so not for her the suggestive outfits, twerking dance moves, or showy music videos of Miley, Madonna, Katy, or Kylie, nor even her idol, Olivia Newton-John, who definitely understood that at times you had to get down and dirty, in a tasteful way of course – Grease, Physical, Soul Kiss – to connect with your audience, and keep the competition at bay. Other female performers have overcome the potential immobility of being seated at a piano and still engaging with an audience and importantly the record-buying public, Alicia Keys, Demi Lovato, Lady Gaga and Tori Amos, come to mind, so perhaps it was more about the kind of music that Delta specialized in, anthemic piano ballads sung in a rallying vocal style, which had become increasingly self-absorbed, predictable and conversely less successful. 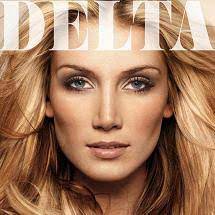 Her third album, simply entitled Delta, was touted to be the one that would establish her credentials in global pop markets, she would eschew piano-playing on all tracks, and Team Delta would make some drastic changes to her songwriting and production collective, ditching experienced songwriters/producers such as Guy Chambers, Cathy Dennis, Gary Barlow, Matthew Gerrard, Richard Flack and others and recruiting Stuart Crichton, Andrew Frampton, Steve Mac, Wayne Wilkins, Tommy Lee James, and Steve Kipner. Below L-R – Delta and Brian McFadden with his two daughters Molly and Lilly-Sue, Kerry Katona and McFadden/Goodrem, wedding shot of McFadden and Katona with daughter Molly. 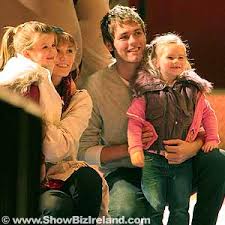 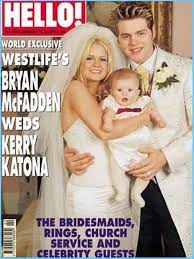 Delta had also followed Sony’s directions and replaced her mother as manager with Jo Grogan, a former Sony Music publicist, and she had a new man in her life, former Westlife front-man Brian McFadden, as well as his two children from a previous marriage with Atomic Kitten star Kerry Katona. Below – Phillipoussis and Paris Hilton.

Delta has admitted that Mistaken Identity was written at a time when she was inside a bubble of illness, debilitating treatment and self-doubts, consequently the album became a collection of message songs – Extraordinary Day (8th of July 2003 when she was diagnosed with Hodgkins Lymphoma), Last Night on Earth (about death and love), You Are My Rock (thanks to those who supported her), Out of the Blue (acknowledgement of the support rendered by Mark Phillipoussis but also his subsequent cheating on her with Paris Hilton). Delta needed to re-invent herself and re-invigorate her material, but was she up to the task?

This time around she was focused on crafting great heartfelt pop songs, and she gathered her teams in London and New York and commenced recording in 2006. Goodrem had co-written 14 of the 15 songs on Mistaken Identity, and she would receive a writing credit on 11 of the 13 tracks on the album Delta, while Stuart Crichton, Tommy Lee James and Brian McFadden would combine with Delta to write three of the biggest hits lifted from the album. Below – L-R Tommy Lee James, Stuart Crichton 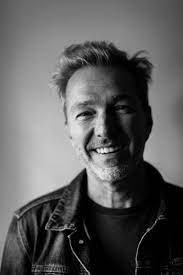 Together We are One was pre-released and debuted at # 1 locally, it was also included on the Japanese version of the album, and Delta performed the song at the 2006 Commonwealth Games opening ceremony in Melbourne before a crowd of 80,000 and a global viewing audience of 1.5 billion. Not surprisingly the song was an anthemic piano ballad, pounding orchestration surged behind Delta’s emphatic vocals, and her backing choir, as tributes to the courage and perseverance of the athletes merged into a message for the whole world “Put our difference behind us/While we shine like the sun/See what we’ve all become/Together we are one”, as fans held their lighters/mobile phone lights in the air, it sold 35,000 copies locally.

Delta followed up with the power pop ballad In This Life, which became her eighth single to debut at #1, Delta has commented that this song was about “the journey you go on in this life, and accepting what life throws at you, and growing from the experience, and concentrating on the positives in life.” The chorus begins with the words “You give me love, you give me light, “a phrase that Delta often used to close her letters.

The song was more guitar-driven than her usual keyboard ballads and pop songs and was better for it, selling 140,000 copies, the promo video was filmed in LA and became the opening theme for the anime feature Deltora Quest, based on novels by Australian author Emily Rodda.

The third single off the album was Believe Again, another piano-based redemptive ballad, with Delta emoting about overcoming life’s obstacles, and like many of her songs a piano-tinkling intro winds its way to a knockout chorus and bombastic outro, with some new age electronic effects thrown in, and it charted #2 locally. The video was however a gamechanger for Delta, as she played the role of several mystical characters including a water nymph, a cave-dwelling nymph, and a sky goddess swathed in navy satin, it was an expensive production and Delta embraced the fantasy elements of it successfully, for her most imaginative video to date. Below Fantasy Delta, mythical landscape. great CGI effects, “have you ever stared into the rain?” – that sounds like a metaphor!

In 2007 Delta’s mother Lea was diagnosed with breast cancer, in a tragic echo of her own daughter’s experience with cancer four years before, Lea would undergo surgery, chemotherapy, and radiotherapy, and successfully recover.