#1 for eight weeks in Australia, #1 in the UK for three weeks, #1 in thirteen other countries, #2 in Canada, translated into 50 different languages, 25 cover versions around the world, sold over 6 million copies worldwide, and the highest-selling record produced in Australia for thirty-three years between 1980-2013 – this obviously must be the gold standard of local records – well sort of.

The three-chord novelty hit by Joe Dolce, Shaddap You Face, has often been dubbed the most irritating song featuring the most annoying characters – Guiseppe and his Mama – in the history of Australian music, but Joe invested the song with such brio and Latin gusto, that it charmed listeners right around the world.

Guiseppe was just one of the characters that Joe Dolce played in his cabaret show, the Joe Dolce Music Theatre, at the Flying Trapeze club in Fitzroy (Melb) – Chico Marx hat, hammy music hall Italian accent, miniature mandolin, piano accordian accompaniment, arguing with his all-knowing Italian mama. But despite the critics, it was an international behemoth, a catchy sing-a-long chorus with a kitsch Italian sensibility as recognizable as bomboniere and capodimonte porcelain. 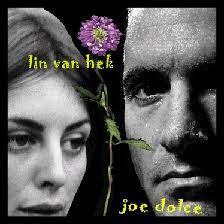 Joe was from Painesville, Ohio (USA) who had met and married dancer Zandie Acton, sister of Melbourne fashion icon Prue in California in 1976, they would have two children, Ever and Brea and migrate to Australia in in 1979, but would divorce soon after. In 1980 Joe would begin a life-long relationship with artist-singer Linn van Hek (Joe and Linn above), after they met at Lygon Street’s Tiamo coffee shop, and they would become part of the lively arts community which inhabited the theatres, clubs, universities, and restaurants of Melbourne’s bohemian Carlton.

In 1979, Mike Brady had the highest-selling Australian single of all time with the footy anthem Up There Cazaly, sales of 300,000 had enabled him to buy a recording studio in West Melbourne. In July 1980 Brady heard Joe Dolce recording his famous song in his studio, he loved it, and immediately signed Joe to his record label Full Moon Records. Dolce’s signing on fee was reputed to be $1,000 and they cut the record and made the promo film clip for the grand sum of $800, from humble beginnings Shaddap You Face became the biggest-selling single in Australia for over three decades. 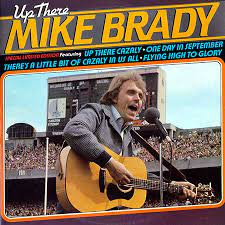 Joe’s subtle lampooning of the migrant stereotype however, was completely ignored by the fans, who totally identified Dolce with the Guiseppe in the song, and ultimately the phenomenal sales of the record, convinced Joe to play along with the joke.

It became a monumental hit that knocked John Lennon’s Woman off the top off of the UK charts, stopped Vienna by Ultravox reaching the top spot in the UK, a fact which annoyed Midge Ure so much, that he refused to meet Joe when Ultravox toured Australia in the 1980’s. The song has been diversely covered by such people as Andrew Sachs (Manuel from Fawlty Towers), a spoken word version by Samuel L. Jackson, and more recently hip hop legend KRS-One, L-R below. 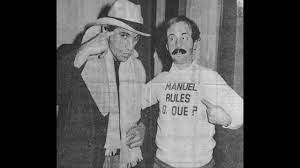 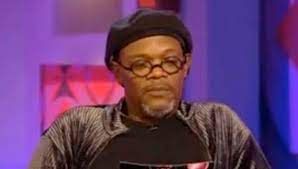 When Joe finally appeared on ABC’s Countdown, after being ignored by the show’s producers until the song had become a national #1, Molly Meldrum sauntered onto the set in costume as an Italian street busker complete with beret, muscle T-shirt, pencil moustache, pretending to play a squeezebox – clearly Molly’s Guiseppe had arrived via the arrondissements of Paris, looking more like a Gallic chansonnier, than an Italian cantata de strada, but no one really noticed.

Joe would follow up with the singles If You Want To Be Happy (#61 in ’81), Pizza, Pizza., Christmas in Australia, and You Toucha My Car I Breaka Your Face, without threatening the charts, he is however a talented and prodigious poet and essayist, with many publications to his credit. He and his partner Linn have a family of 6 children and 13 grandchildren, and Joe continues to reside in Carlton North, and to collect the royalty cheques from his accidental blockbuster of a hit, which wasn’t actually a hit in Italy, as Joe claimed in the song’s lyrics

Joe should have the final word on his hit song “I think that most musicians have naïve expectations… they see music as a holy sort of area, that they’re going to be recognized for the divinity in their songs. They don’t realize music is a business.” (Glad all Over – The Countdown Years 1974-1987- Peter Wilmoth 1993). Shaddap You Face reigned supreme as the biggest-selling locally written and produced song until 2013 when Gotye’s beguiling and subversive Somebody That I Used To Know, became a global monster hit, with sales in excess of 11.8 million, followed closely by Tones and I with Dance Monkey in 2019, with sales of 11.4 million.

IMPORTANT MESSAGE- 4TR will be on vacation for several weeks from November 16 – 25, returning on Tuesday November 30th, in the meantime keep in touch, stay well, and listen to the music.